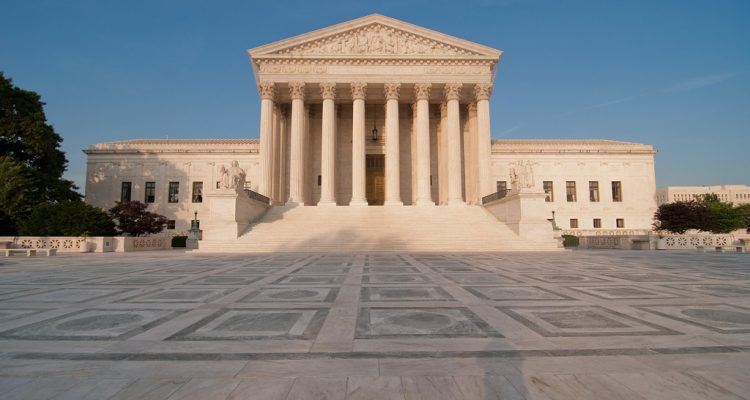 "Supreme Court" by Mark Fischer is licensed under CC BY-SA 2.0.

While marking a temporary victory for civil rights for LGBTQ people, the 5 to 4 vote is unlikely to be a reliable indicator of whether the Supreme Court is inclined to allow entities to evade public accommodation laws by claiming a religious motive to discriminate. That question will likely be resolved by another case, 303 Creative v. Elenis, which has already been accepted for argument before the Supreme Court in the coming 2022-23 session.

Yeshiva University first said it would appeal the state trial court decision to the next level of state court; but, last month, it abruptly filed an emergency motion with the U.S. Supreme Court. Justice Sonia Sotomayor, who handles such requests for New York, referred the matter to the full court. The majority did not issue an opinion with its order; it simply indicated the university still had “at least two further avenues for expedited or interim state court relief.” So, for now, the discrimination law prevails, and Roberts and Kavanaugh were on the LGBTQ side of that.

Justice Samuel Alito wrote a dissent to the majority’s order, joined by Justices Clarence Thomas, Neil Gorsuch, and Amy Coney Barrett. The dissent relies on the university’s claim that it is a religious institution, even though it is incorporated as an educational institution and “has no religious rules of governance or stated religious affiliation in its corporate charter,” according to attorneys for the student group. Rather than focus on the issue of whether a student group should have access, the dissent claims that the case is about whether the law can “force a Jewish school to instruct its students in accordance with an interpretation of Torah that the school” disagrees with. Tossing aside a longstanding tradition of not speculating how they might rule on a case that might come before them at a later date, the dissenting justices announce that “Yeshiva would likely win if its case came before us.”

The identification of the dissenters meant that the other justices—Roberts, Sotomayor, Kavanaugh, and Justices Elena Kagan and newly minted Justice Ketanji Brown Jackson—were in the majority.

Yeshiva is being represented by the conservative legal activist group known as the Beckett Fund for Religious Liberty. The Beckett Fund filed a lawsuit for Catholic Social Services against Philadelphia when that city ended its foster care contract with CSS because CSS had a policy that violated the city law against discrimination based on sexual orientation. In 2021, the Supreme Court ruled that the city had a “weighty” interest in eliminating discrimination based on sexual orientation, but that the facts of the Fulton v. Philadelphia case could “not justify denying [CSS] an exception for its religious exercise.” In that decision, Justice Roberts and Kavanaugh also joined three liberal-leaning justices, as did Justice Amy Coney Barrett.