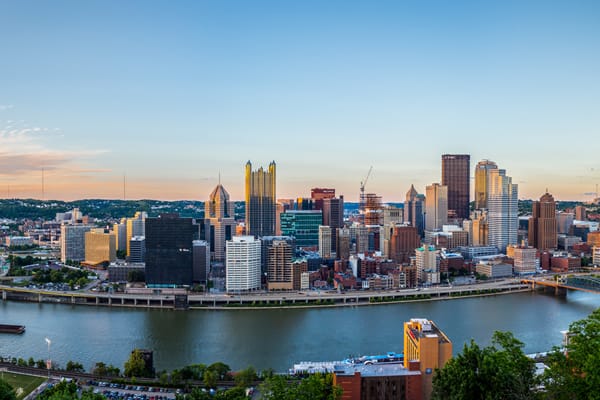 The massacre at the Tree of Life Synagogue in Pittsburgh on Saturday has sparked an outpouring of grief from the city’s LGBT community.

Sue Kerr, a local activist who edits Pittsburgh Lesbian Correspondents, an LGBT blog, told the Washington Blade on Sunday the “intersections of Pittsburgh’s Jewish and LGBTQ communities are many.”

Kerr said LGBT youth were among those who led vigils that took place across Pittsburgh on Saturday. Kerr also told the Blade many local performers devoted “their weekend benefits to the fund for the survivors, and many of our LGBTQ neighbors affiliated with the congregations.”

“The wounds of this weekend tore through all of us, reminding us of our shared vulnerabilities and resiliency as we waited to learn the names of those lost to the gun violence and the rhetoric of hatred,” said Kerr.

A gunman killed at least 11 people and wounded six others, including four police officers, when he opened fire inside the synagogue in Pittsburgh’s Squirrel Hill neighborhood. The massacre is one of the deadliest attacks on the Jewish community in U.S. history.

Federal authorities have charged the gunman with hate crimes, weapons and other charges.

Evan Wolfson, founder of Freedom to Marry, on Saturday posted onto his Facebook page a picture of him with his parents at his bar mitzvah that took place at the synagogue.

“Horrified to see what’s unfolding at the Tree of Life synagogue in Squirrel Hill, Pittsburgh where I was bar mitzvah’ed,” wrote Wolfson. “We will learn more, but how many more must die (!) before we get our country back on track? We need fewer guns in America, and must vote in elected officials who will turn our country around.”

Vigils and other tributes to the victims of the massacre have taken place in D.C. and around the world.

San Juan Mayor Carmen Yulín Cruz has ordered flags in the Puerto Rican capital to remain at half staff for 11 days in honor of the massacre’s victims.

The lights of Paris’ Eiffel Tower were turned off on Sunday night to honor the victims. The American and Israeli flags were projected onto the side of Tel Aviv City Hall after the massacre.

“Our community is shocked and heartbroken after the brutal attack in the Pittsburgh synagogue,” said Jerusalem Open House for Pride and Tolerance, an LGBTI advocacy group in Jerusalem, in a statement it posted to its Facebook page.“As a diverse community of different beliefs, religions and identities — we are well aware of the danger that lurks in all forms of hatred and violence. This anti-Semitic shooting is deeply alarming and it must remind us how intolerance and hate can take their toll on the lives of innocent human beings. Murdering people in their house of worship is a despicable and immoral hate crime.”

“We maintain strong bonds and relationships with the Jewish communities in the US, which have supported the LGBTQ community in Israel throughout the years and strongly promote our struggle for equality,” added the organization. “Our hearts and prayers are with the families of the victims, the Jewish community in Pittsburgh and all of our friends overseas.”

“With all people of good conscience, we condemn this hate-filled act of violence and murder,” said Congregation Bet Mishpachah in a statement. “We also condemn the angry, demonizing and divisive rhetoric that directly encourages hate and hate crimes like this. We call on secular and religious leaders to do everything possible to mend and unify our broken society. May they change their sword-like words into egalitarian tools that affirm the sanctity of all life and the inherent dignity and rights of all human beings, created in the Divine image.”

Saturday’s massacre is the latest in a series of mass shootings that have taken place in the U.S. in recent years.

A gunman killed 17 people at Marjory Stoneman Douglas High School in Parkland, Fla., on Feb. 14, 2018. The Pulse nightclub massacre had been the deadliest mass shooting in modern U.S. history until a gunman on Oct. 1, 2017, killed 58 people and injured more than 500 others when he opened fire during a country music festival in Las Vegas.

These massacres and other mass shootings have prompted the Human Rights Campaign,Equality Florida and other LGBT advocacy groups to renew their calls for gun control in the U.S.

“The devastation of this violence certainly brings to mind the Pulse nightclub shooting in 2016 as well as other ongoing fatal violence relentlessly targeting our community such as the murders of our transgender siblings,” Kerr told the Blade. “What I hear is that LGBTQ folks are grieving and offering support, but especially being careful to take our cues from the Jewish community about acts of resistance.”

“We are taking care to connect with and offer support to our queer Jewish community,” added Kerr.