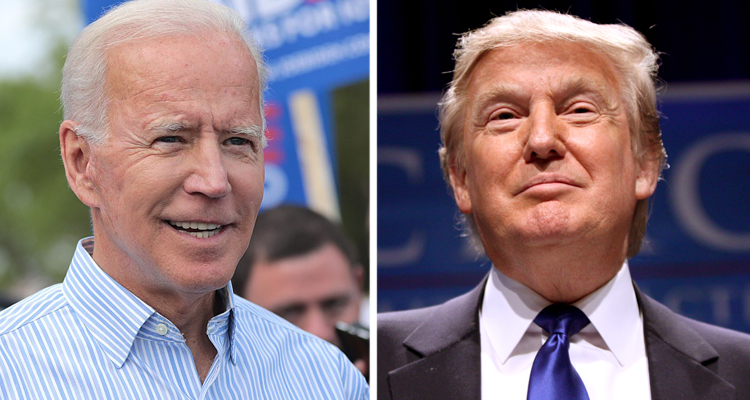 The LGBTQ Platform: Biden vs. Trump

On his campaign website, Biden has a page dedicated to his extensive seven-point plan for LGBTQ equality, briefly summarized below:

Biden promises to enact the Equality Act during his first 100 days as president and direct his Cabinet to ensure immediate and full enforcement of the Equality Act across all federal departments and agencies. He also plans to nominate and appoint federal officials and judges who represent the diversity of the American people, including LGBTQ people, and reverse Trump’s transgender military ban.

On his first day in office, Biden promises to reinstate the Obama-era guidance revoked by the Trump administration which will restore transgender students’ access to sports, bathrooms and locker rooms that correspond with their gender identity. He will also work to end suicide among LGBTQ young people by expanding access to mental health resources, doubling the number of psychologists, counselors, nurses, social workers, and other health professionals in schools and investing in research to develop more effective teen suicide programs. Biden’s housing plan also calls for the passage of the Ending Homelessness Act, which will fund a comprehensive, holistic strategy to ending homelessness that will address the disproportionate levels of homelessness seen among LGBTQ youth.

Protect LGBTQ+ individuals from violence and work to end the epidemic of violence against the transgender community, particularly transgender women of color.

During his first 100 days, Biden will direct federal resources to help prevent violence against transgender women, particularly transgender women of color, and prioritize the prosecution of the murderers of transgender people. He will also strengthen and enforce the Matthew Shepard and James Byrd Jr. Hate Crimes Prevention Act by increasing funding for anti-bias and hate crimes investigation training.

Biden promises to guarantee the Affordable Care Act’s nondiscrimination protections for the LGBTQ community and update and implement the Obama administration’s comprehensive National HIV/AIDS Strategy to end the HIV/AIDS epidemic by 2025. The Democrat also plans to ban conversion therapy by working to enact the Therapeutic Fraud Prevention Act.

Biden will work to reduce LGBTQ interactions with the criminal justice system and increase safety for incarcerated transgender people by ensuring transgender inmates have access to appropriate doctors and gender-affirming medical care.

Biden will ensure questions about sexual orientation and gender identity are included in national surveys and data collection efforts through the LGBTQ Data Collection Act, and he will direct agencies to improve data collection on other demographics, like race, ethnicity and disability status, to ensure subgroups within the LGBTQ community have their needs addressed.

Biden will significantly bolster the offices at the State Department and U.S. Agency for International Development (USAID) dedicated to promoting global LGBTQ+ rights and development and advance an inclusive human rights agenda that promotes LGBTQ rights by working with Congress to enact legislation like the Greater Leadership Overseas for the Benefit of Equality (GLOBE) Act, which will permanently make upholding LGBTQ rights a priority of U.S. foreign policy.

While Trump’s LGBTQ coalition, called “Trump Pride,” claims he’s “the only president to openly support the LGBTQ community since his first day in office,” his campaign website tells a different story.

Trump’s website includes no mention of an LGBTQ platform. Actually, his campaign website doesn’t include any information whatsoever regarding his plans for a second term. The “About” page includes this language: “President Trump is working hard to implement his ‘America First’ platform, continuing his promise to the American people to lower taxes, repeal and replace Obamacare, end stifling regulations, protect our borders, keep jobs in our country, take care of our veterans, strengthen our military and law enforcement, and renegotiate bad trade deals, creating a government of, by and for the people.”

The president’s website does have a “Promises Kept” page, which details Trump’s accomplishments over the last four years. However, LGBTQ issues don’t appear anywhere on the page; a search of “lgbtq,” “gay,” “transgender,” and “homosexuality” yields zero results. The only accomplishment related to the LGBTQ community mentioned on the page is his initiative to end HIV/AIDS in America, which he launched in February 2019; a $2.4 billion grant to provide essential support services to people living with HIV; and a program to provide PrEP to uninsured patients for free, which was launched in December 2019.

A comparison of both candidates’ LGBTQ platforms (or lack thereof) makes clear the difference between Biden’s and Trump’s dedication to the LGBTQ community. However, Trump’s lack of commitment isn’t the only issue. His LGBTQ record over the last four years spells danger for LGBTQ Americans.

When Trump entered office in 2017, LGBTQ media watchdog GLAAD started keeping track of the Trump administration’s anti-LGBTQ statements and actions. According to GLAAD’s Trump Accountability Project, which you can find at glaad.org/trump, the Trump administration has launched 181 attacks on LGBTQ people in 1,365 days in office. These attacks include his nomination of Amy Coney Barrett to the Supreme Court, banning transgender people from military service, introducing a rule allowing single-sex homeless shelters to turn away transgender people, and erasing all mention of the LGBTQ community from several federal websites.