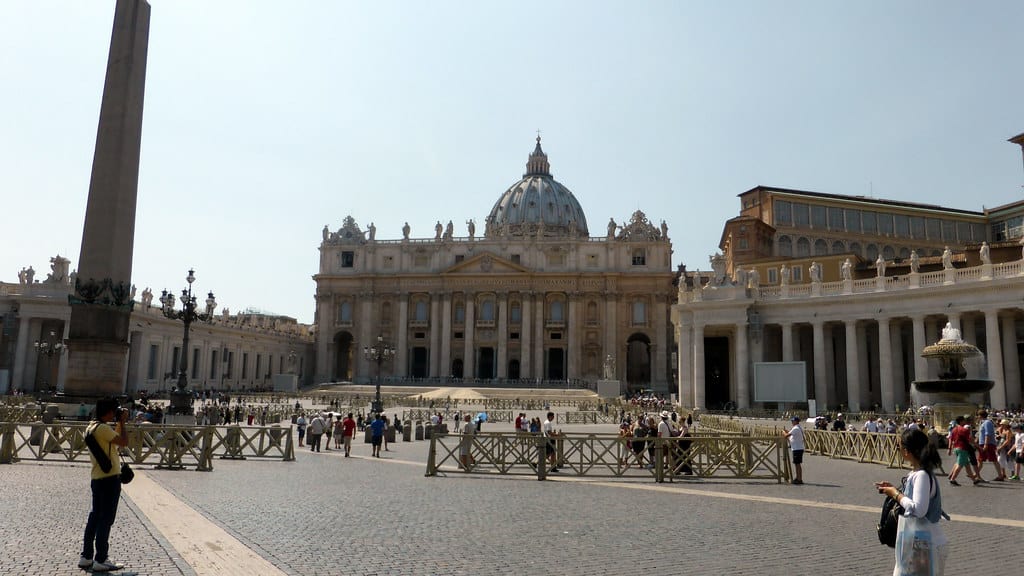 The Vatican released a document on Monday (June 10) which rejects transgender people, saying gender nonconformity is “a gradual process of denaturalization.”

The Congregation for Catholic Education released “Male and Female He Created Them,” which is described as an “aid for Catholic schoolteachers and parents” to address the “educational crisis” regarding human sexuality and “gender theory.”

“Gender theory (especially in its most radical forms) speaks of a… move away from nature,” the document reads. “In this understanding of things, the view of both sexuality identity and the family become subject to the same ‘liquidity’ and ‘fluidity’ that characterize other aspects of post-modern culture, often founded on nothing more than a confused concept of freedom in the realm of feelings and wants.”

The document also talks about the differences between men and women, which it describes as “constitutive of human identity.” The church claims the “disorientation” regarding gender identity has “undoubtedly helped to destabilize the family as an institution, bringing with it a tendency to cancel out the differences between men and women, presenting them instead as merely the product of historical and cultural conditioning.”

“Efforts to go beyond the differences, such as the ideas of ‘intersex’ or ‘transgender,’ lead to a masculinity or femininity that is ambiguous,” the document continues.  “This oscillation between male and female becomes, at the end of the day, is only a ‘provocative’ display against so-called ‘traditional frameworks.'”

The document has been criticized by LGBTQ and allied Catholics, including Francis DeBernardo, the executive director of New Ways Ministry, a church that connects the LGBTQ community and the Catholic church.

“The Vatican’s new document… is a harmful tool that will be used to oppress and harm not only transgender people, but lesbian, gay, bisexual people, too,” DeBernardo writes. “The document will confuse those who sincerely struggle with questions of gender identity and sexual orientation. Such confusion leads to self-harm, addiction, and even suicide.”

“The only truth that the document reveals is that the Vatican remains ill-equipped to discuss gender and sexuality in the modern world,” he continues. “[T]he Vatican’s theology on gender is deficient and flawed. It relies on categories of male and female that were shaped centuries ago in oppressive and repressive cultures.”

The document has been signed by Cardinal Giuseppe Versaldi and Archbishop Angelo Zani. However, Pope Francis has not signed off on it.