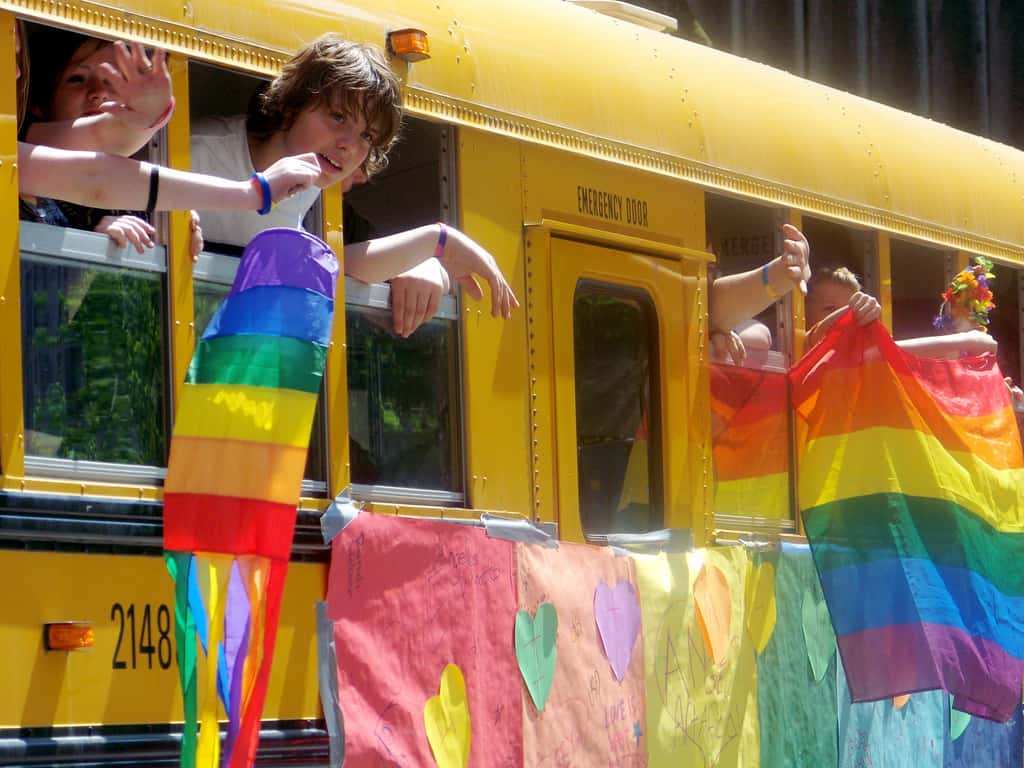 A transgender middle school student was prevented from entering a locker room during a safety drill, the Washington Post reported.

The female student was in physical education class in a Stafford County Public School in Virginia when the drill took place. The other students in the class were instructed to take shelter in the girls’ or boys’ locker room, but the teachers were left debating which locker room the transgender student should go in to.

The 14-year-old student’s identity was withheld for anonymity.

Equality Stafford, a group dedicated to advocating for LGBTQ rights in the county’s schools, made a Facebook post following the event.

“The student was forced to watch the adults charged with her care debate the safest place (for the other students) to have her shelter,” the post said. “During this debate, she was instructed to sit in the gym with a teacher until the drill was complete, away from her peers and identified as different.”

It doesn’t make me confident she’ll feel very safe, should there be an actual emergency,” the girl’s mother the Washington Post.

The mother spoke to the Superintendent Scott Kizner regarding the incident. In a statement, the Stafford school system said it does not comment on individual incidents. Kizner, though, requested a review of the procedures in place.

The school system currently uses a case-by-case basis to review transgender students’ usage of restrooms and locker rooms to match their gender identity, the mother said. Her daughter is not permitted to use gender-specific facilities in the middle school, and normally changes for her P.E. class in a single-stall restroom.

The student shared her experience through a letter. “If there was someone armed, I would’ve been the first one to go,” she wrote. “The embarrassment caused me to have a panic attack in front of everyone.”

“During an event that prepares children to survive an attack by actual assailants, she was treated as if she was so much of a danger to peers that she was left exposed and vulnerable,” read the Equality Stafford Facebook post.

The post was shared over 1,200 times and gained hundreds of comments of support. At a school board meeting the following Tuesday, Equality Stafford protested the girl’s treatment.

“This cannot happen to one more child,” the post said. “Not one more in this county. Not ever again.”

Both Equality Stafford and the student’s mother, however, emphasized that the physical education teachers should not be blamed.

“They are teachers without guidance in a county without guidance for these issues,” the post read. “They are not the bad guys,” the student’s mother further insisted. “The issue is the lack of policies and training.”