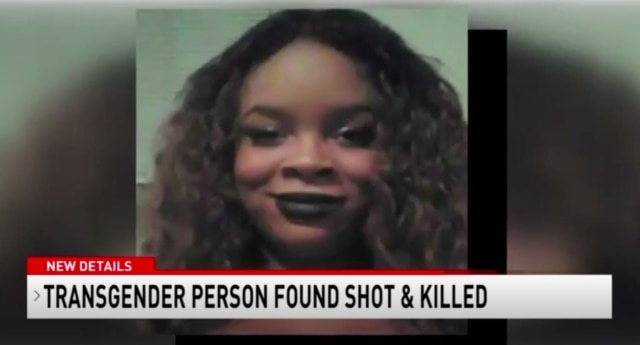 Trans woman of color Ashanti Carmon was reportedly fatally shot in Maryland on the eve of the International Day of Transgender Visibility (TDOV), reported ABC7.

“I had seen her I believe on Tuesday because she would come through my office at HIPS,” Earline Budd, a transgender woman and local activist, told ABC7. HIPS is an organization working to protect those involved with sex work and drug use, as well as the transgender community.

“She wasn’t someone that frequented the streets a lot, so that’s why it’s so shocking and the community is stunned,” Budd said. “I’ve been getting calls all day about this murder.”

Fairmount Heights police responded to multiple reports of a shooting. Carmon had several gunshot wounds and was pronounced dead at the scene.

Her fiance, Phillip Williams, told NBC4 that he couldn’t’ imagine why anyone would want Carmon dead. He said he hadn’t heard from her since Friday night.

The crime was committed the day before TDOV on March 31, which celebrates and raises awareness for the trans community and the discrimination they face.

Budd said HIPS often discourages transgender women from being in the area where she was killed, a known spot for sex workers, because a number of trans people have been assaulted there.

Carmon’s death marks the second reported murder of a trans person nationwide this year. Dana Martin, a trans woman from Alabama, was murdered in January 2019. She appeared to have been shot while driving. Last year, at least 26 trans people were murdered in the U.S., the majority being trans women of color, like Carmon. In reality, this number could be much higher due to misgendering of victims and a lack of an official data collection of anti-trans crimes.

The Human Rights Campaign released a report last year detailing the high levels of anti-trans violence in the country.

“At least 128 transgender people — the vast majority transgender women of color — have been killed in the last five years,” said Jay Brown, Acting Senior Vice President, HRC Foundation. “But most people can’t even name one victim — one human being who left behind family, friends and a future. We must do better. Solidarity means showing up, speaking out, saying their names and steadfastly working to change the realities that conspire to put transgender people at risk of violence. We can do better.”