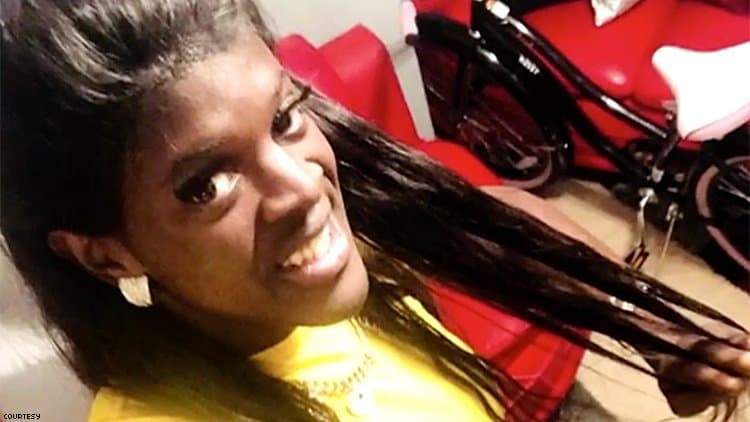 21-year-old transgender woman Kiki Fantroy was killed in Florida on Wednesday (July 31), making her the 13th transgender person killed this year in the U.S.

Fantroy was shot on a street corner in Miami after an argument turned violent, according to the Miami Herald. She was taken to a nearby hospital where she died from her injuries.

Police have not ruled the murder as a hate crime, although her mother, Rhonda Comer, has publicly speculated that Fantroy was targeted because she was transgender.

However, a source from Miami law enforcement says police are “making progress” in the investigation and they don’t yet have reason to believe Fantroy was killed because she was transgender.

Fantroy’s mother said that her ultimate goal in life was to become a second RuPaul.

“That was her dream, RuPaul,” Comer said. “She wanted to be another RuPaul. She used to say one day she was going to California.”

“Last night when I read the story [of Kiki being killed], it broke my heart,” said Sahfari Ebony of the League of Extraordinary Transgender Women, a local transgender advocacy group in South Florida. “To see that one of my trans sisters has been killed and the killer is still out there and they can’t find them, anybody could be next.”

No arrests have been made and police currently do not have any details on a possible suspect. Miami-Dade Crime Stoppers is offering a $3,000 reward for those who have information that leads to the killer’s arrest and conviction.

A service will be held in the memory of Fantroy tonight at 6 pm in Miami. Organized by the League, the theme is, “Take Back the Night: A celebration of the power and strength of Black trans women.”

Fantroy’s death is the 13th known case of deadly violence against the transgender community in 2019, according to the Human Rights Campaign. All thirteen known victims have been black transgender women,  five of whom were killed in the Southeast – Dana Martin from Alabama, Jazzaline Ware from Tennessee, Chanel Scurlock from North Carolina, and Denali Berries Stuckey from South Carolina, along with Fantroy.