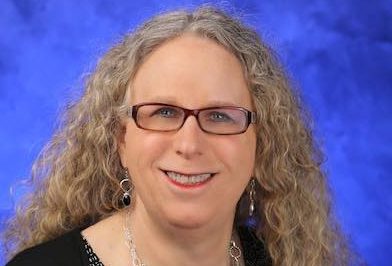 A Trump campaign advisor has come under fire after purposefully misgendering the openly transgender Pennsylvania secretary of health.

“This guy is making decisions about your health,” Ellis tweeted on Monday (August 10). The tweet, which has garenered almost 15,000 likes, linked to a news story from May about Levine telling a reporter, “Please don’t misgender me,” after they called her ‘sir’ multiple times.

This guy is making decisions about your health.https://t.co/gaqGBbXbOC

“Jenna Ellis is a bigot and Dr. Levine is a patriot—plain and simple,” HRC President Alphonso David said in a statement. “Dr. Levine illustrates character and patriotism while Ellis cannot even define those terms. Using a person’s pronouns is a basic level of respect. Despite claims of allyship, Donald Trump, Mike, Pence, and their staff have gone out of their way to dehumanized and attack transgender and non-binary people simply for existing.”

“Trump and his allies have refused to acknowledge the epidemic of violence transgender and gender non-conforming people face, attempted to strip away their access to health care, and blocked these patriotic Americans from openly serving in the military,” David continued. “Throughout the COVID-19 pandemic, Dr. Levine has steered Pennsylvania through this crisis leading efforts to reduce the spread of the virus and keep Pennsylvanians safe and healthy. Our nation has and should continue to laud the frontline workers and public servants confronting this pandemic, not attack them simply for living their truth.”

Ellis released a statement about her comment, saying she wouldn’t apologize for “simply acknowledging scientific fact.”

“To be called a bigot for simply acknowledging scientific fact is both hilarious and tragic,” she said, according to the Washington Post. “The truth of biology shows that human beings are created immutably male and female. Yet in our post-truth society, the progressive leftists not only demand that we affirm patently false facts, but also demand we not ‘offend’ people who insist on speaking their lies, otherwise we are called insensitive bigots and required to apologize.”

However, the existence of transgender people doesn’t deny science; many major medical associations, including the American Psychological Association (APA), distinguish between biological sex and gender identity, which the APA says “may or may not correspond to a person’s sex assigned at birth.”

This anti-LGBTQ rhetoric is not the first from Ellis, who has a long history of anti-LGBTQ beliefs. Last month, she shared a tweet in support of conversion therapy which said “sexual orientation is not immutable.”