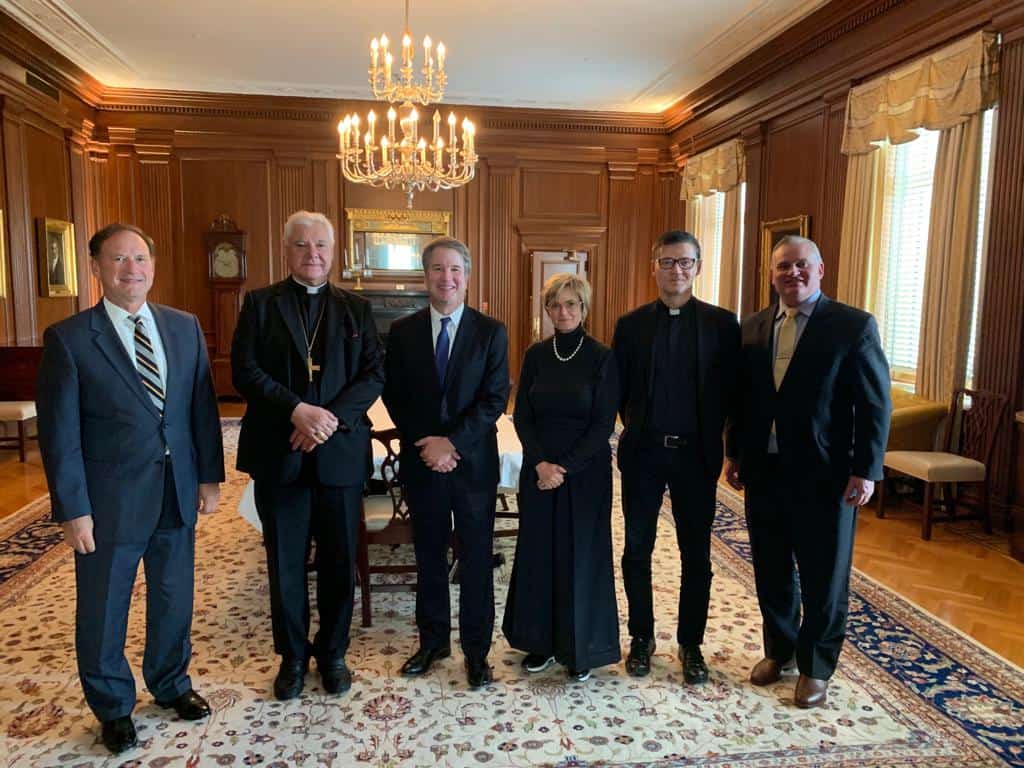 Justices Brett Kavanaugh and Samuel Alito met with Brian Brown, the co-founder of the National Organization for Marriage (NOM) and the president of the World Congress of Families (WCF)—which is listed as an anti-LGBTQ hate group by the Southern Poverty Law Center—on Tuesday (October 29). While it is unknown what the meeting regarded, both groups actively campaign against LGBTQ rights.

NOM just filed a major amicus brief with the Supreme Court, “urging SCOTUS to protect people of faith from governmental discrimination because of their belief that marriage is the union of one man and one woman.” This brief directly relates to the three LGBTQ-related cases currently being considered by the Supreme Court that will determine whether LGBTQ people are covered under Title VII of the Civil Rights Act of 1964, which bars discrimination based on sex but not explicitly based on sexual orientation or gender identity.

In response to this meeting, Fix the Court, a nonpartisan organization that advocates for judicial transparency, sent a letter to the chief justice’s counsel requesting the court either withdraw the brief or address why the justices may continue to sit on the cases given the standard that a “justice…shall disqualify himself in any proceeding in which his impartiality might be reasonably questioned.”

As of Friday (November 1), the group had not received a response, Gabe Roth, the group’s executive director, told Quartz.

This is not the first time Brown and NOM have intervened into LGBTQ rights. In 2010, NOM ousted three Iowa Supreme Court judges who ruled in favor of making same-sex marriage legal statewide.