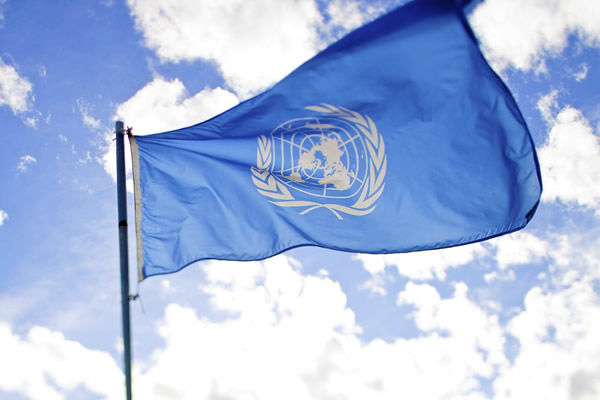 The U.S. on Thursday regained a seat on the U.N. Human Rights Council, three years after the previous administration withdrew from it.

The council in recent years has emerged as a champion of LGBTQ rights around the world, even though Cuba and other countries with poor human rights records are among the 47 countries that are currently members. Venezuela and Russia are also on the council.

Yoan de la Cruz, a gay man who used Facebook Live to livestream the first of more than two dozen anti-government protests that took place across Cuba on July 11, remains in custody and faces eight years in prison. The Washington Blade last month spoke with several Venezuelan LGBTQ activists who said persecution forced them to flee to neighboring Colombia.

Russia’s crackdown on LGBTQ rights and the Kremlin’s close relationship with Chechen President Ramzan Kadyrov continue to spark criticism around the world.

Then-U.S. Ambassador to the U.N. Nikki Haley during a 2018 press conference that announced the U.S. withdrawal from the council noted Cuba and other countries “with unambiguous and abhorrent human rights record” are members. Haley also said the council has a “chronic bias against” Israel.

U.S. Ambassador to the U.N.  Linda Thomas-Greenfield on Thursday in a statement said LGBTQ rights will be one of the U.S.’s focuses once it officially rejoins the council on Jan. 1.

“Our initial efforts as full members in the Council will focus on what we can accomplish in situations of dire need, such as in Afghanistan, Burma, China, Ethiopia, Syria and Yemen,” she said. “More broadly, we will promote respect for fundamental freedoms and women’s rights, and oppose religious intolerance, racial and ethnic injustices, and violence and discrimination against members of minority groups, including LGBTQI+ persons and persons with disabilities.  And we will oppose the council’s disproportionate attention on Israel, which includes the council’s only standing agenda item targeting a single country.”

President Biden in February issued a memorandum that commits the U.S. to promoting LGBTQ rights abroad.

The previous White House tapped then-U.S. Ambassador to Germany Richard Grenell to lead a campaign that encouraged countries to decriminalize consensual same-sex sexual relations, but many LGBTQ activists in the U.S. and around the world have questioned its effectiveness. The Washington Blade in August filed a federal lawsuit against the State Department that seeks Grenell’s emails around his work on the decriminalization initiative.

“The President and Sec. Blinken have put democracy and human rights—essential cornerstones of peace and stability—at the center of our foreign policy,” said State Department spokesperson Ned Price on Thursday after the U.S. regained a seat on the council. “We have eagerly and earnestly pursued these values in our relationships around the world.”

“We will use our position to renew the council’s focus on the core human rights principles enshrined in the Universal Declaration of Human Rights and the U.N. Charter, which undergird the council’s founding,” added Price at the beginning of his daily press briefing. “Our goal is to hold the U.N. Human Rights Council accountable to the highest aspirations of its mandate and spur the actions necessary to carry them out.”