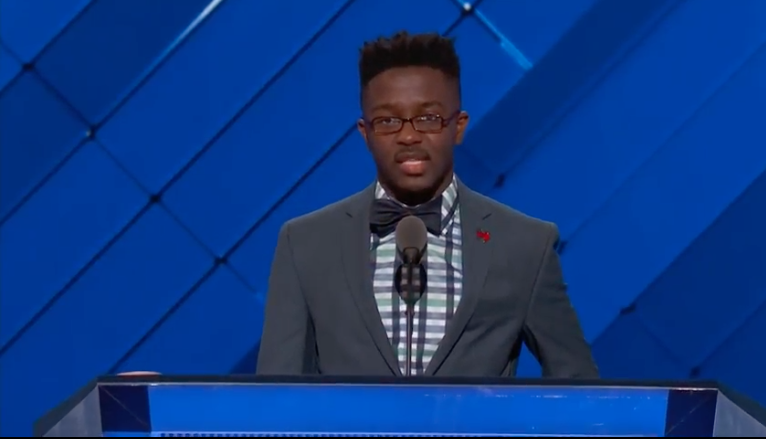 The THRIVE SS co-founder spoke during the start of day three of the Democratic National Convention in Philadelphia. Driffin, who is openly gay and living with HIV, urged the audience “to go get tested—then go and vote.”

Driffin praised Democratic presidential nominee Hillary Clinton for her work to ”ensure that 6.7 million people around the world got access to antiretroviral therapy,” along with her involvement in lifting the travel ban for people living with HIV.

Karen Ocamb of The Pride LA explains the significance of Driffin’s invitation to the DNC to speak on the ongoing threat of HIV/AIDS.

Late Monday, the campaign also announced that it will provide a platform for an openly HIV-positive speaker, the first time in 16 years HIV/AIDS is being addressed at a convention. Then Jesse Milan spoke at the 2000 convention in Los Angeles nominating Vice President Al Gore, though not in primetime.

There have been no openly HIV-positive speakers since Milan in 2000, including during the two conventions under President Barack Obama, even as the crisis moved into people of color communities.

Jaron Benjamin of Housing Works in New York described Driffin thusly: “He’s a 30 year old gay black man living with HIV, and a great public speaker. He will enter Morehouse School of Medicine’s MPHA program in the fall and has served as a Georgia Equality Youth HIV Policy Advisor. He was recently part of a PBS segment on the HIV epidemic in Atlanta. He’s also a founder of “Undetectables Atlanta,” a group of over 400 gay/bisexual men with HIV, and is also a founder of THRIVE SS, a non-profit service organization serving the same population. He also serves as co-chair of the Task Force to End AIDS in Fulton County, Georgia.”

Read the full transcript of Driffin’s speech below via C-SPAN: 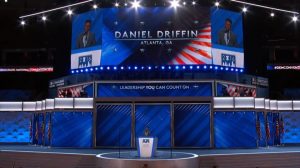 Good afternoon. I live in Atlanta, Georgia and I serve as the co-founder of Thrive SS.

Together with more than one million Americans, I am living with HIV. When the HIV/AIDS epidemic first emerged in the 1980’s, I was not born yet. It was a mysterious virus, then a deadly one too. It seemed to be picking off gay men one by one, especially Black and Latino. The community spoke out so that policymakers would take notice. And while summoning their voices, Hillary Clinton listened. She advocated for the increased funding for prevention and research as first lady, and then worked to increase the funding in the senate. She defended the Ryan White Care Act and expanded research in testing and education.

As secretary of state, Hillary helped to ensure that 6.7 million people around the world got access to antiretroviral therapy. And she cracked down on the stigma around the virus and helped lift the travel ban with the help of the congressional black caucus, which presented people with HIV/AIDS from entering the country.

The number of new HIV/AIDS diagnoses is on the decline in the U.S. by nearly 20% over the last decade for certain populations.

What can we do to fight HIV/AIDS today? We invest in research and education; expand treatment and prevention. And we elect Hillary Clinton. [applause]

With Hillary Clinton as our president, I believe that we can meet our goals of an aids free generation. As an organizer, as a black man, as a gay man, and as a man living with HIV, I ask you to go get tested—then go and vote. Thank you.