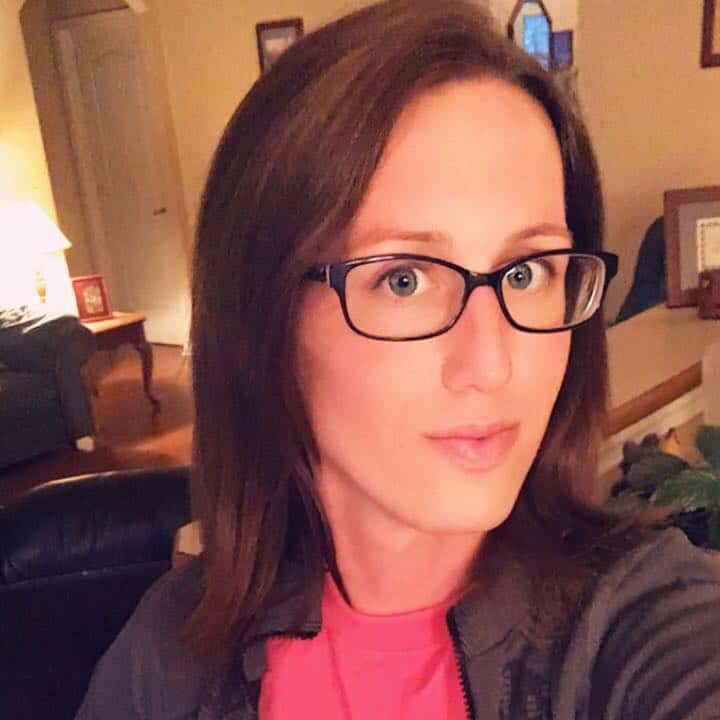 What happens when you’re trans and ask for help in Small Town, GA? 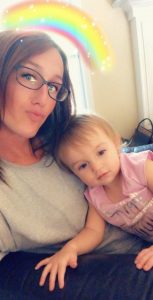 The pictures tell the tale: With her beautiful baby niece in her lap, Nikki Hammond knows there is a such thing as unconditional love. What about unconditional support from her small town?

On Sept. 19, Nikki, 27, posted to the Spalding County and Griffin Discussion Page on Facebook, a 17,000-strong community forum that gets lots of traction from people roughly an hour south of downtown. She included a link to a six-month-old GoFundMe account that asked for assistance in her transition. In it, her story, which has been edited with permission for clarity:

“Hello, everyone. My name is Nikki Caylin Hammond. I am 26 years old and am transgender (male to female). I was born July 21,1991 as a male and lived my life that way until 2015. When I finally had the confidence to come out, I did. I had always felt like I was born in the wrong body. I was scared to tell anyone for years because I felt like no one would understand. I was fearful of losing my friends and family. The first person I told was a long-time friend. Next, I had to tell my mom, dad, and sister. They told me if that’s really what I wanted and was 100 percent sure, then ‘We will support you.’ Last, I told the rest of my family and friends … most of them have supported me. In July of 2015, I made my first appointment and started hormone therapy. My body started to change and so did my confidence. Most of y’all may not know how expensive this transition is. I am ready for the next step: gender-reassignment surgery. This will complete my process. If anyone can or is willing to donate toward the cost of my surgery, it would mean the world to me. Love, Nikki.” 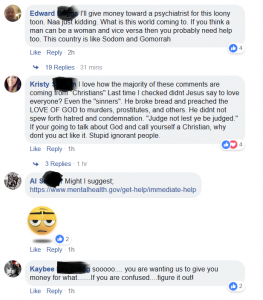 “How about do the world a huge favor and move to a desert island I don’t want my kids growing up with this stupid shit. All y’all haters call me what you want but people like this need to be banned from living in america.”

“As the world gets sicker this is what it’s come to. Asking for money to change what God made you. Donating to someone sick in the head is not helping them. There are important things going on that deserve help and donating to. What a disgrace.”

“There are so many better things to give money to than this ridiculous shit. If you want to chop off your wiener and balls then pay for it yourself.” 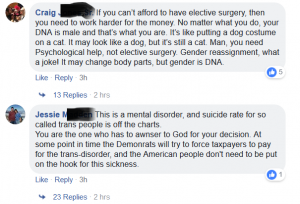 “Generally people talk behind my back, not directly to my face,” she tells me via a Facebook chat.

Smartly, she didn’t want to meet up with someone she didn’t know. She continues: “It upsets me that people are so closed minded and unaccepting of how the times have progressed.” The comments, once roaring, halted suddenly.

“I posted it maybe six months ago to my [personal Facebook] page, but yesterday was the first time I posted it to that group page,” she tells me, adding that “they blocked me from the page.”

She sent a request to the admins of the group and received the following response [unedited]: “Im sick and my wife has cancer. I have put the group on auto admin right now. Any post that gets more than 10 flags will be removed, at 12 the member removed at 15 you get the ban.”

She responded that she’d broken no rules. “Today I got added back, so I posted it back on the page.” That’s reassuring, because it calls to mind the other side of Small Town, Georgia … of people who don’t comment as often as trolls, but when they do, they make your head turn.

“I wish you the best of luck & I want to let you know that I think you’re so brave for being true to yourself in a town that makes that very hard for anyone who exists outside the comfort zone of the more closed-minded among us. keep being you!”

“Nikki, congrats to you and good luck on your journey, our household wishes you the best. Also, don’t worry about the negative crap you see from people. There is always something worse happening or more important happening in the world, but those don’t erase or negate everyone else’s issues. If their not interested in helping or sharing a good word, then they should keep scrolling, if they seek you out and decide to spew filth, it only speaks true to their character.”

“I dont personally know you, but I want to tell you I’m proud of you for being your true self and wish you the best. As long as you are happy with yourself and being the real you, that’s all that matters!! No one needs to live their life not being who they truly are. Just remember you have to ignore all the negativity you will receive, noones opinion matters but your own!!”

There are lots of ‘likes’ on the supportive comments. It’s these that Nikki takes comfort in.

“I am so happy that people support me,” she tells me. “I didn’t really expect I would get that much support, but I’m happy there are people out there who care.”

She says that she’s looked into the gender-reassignment surgery with a specific doctor in mind — Dr. Christine McGinn of the Gender Wellness Center in Pennsylvania. “I have a consultation on March 4, 2019 with her,” she writes. “My mom is going with me and I am super excited.”

“What happens if you don’t raise the money?” I ask her. In her unfaltering, upbeat demeanor, she tells me she’ll: “Just keep on saving up and one day, I’ll have it done!”

If there be a true test of character, it’s being able to weather the storm that certain small minds in certain small towns can render. In passing that test, something tells me that one day, Nikki Hammond’s future will pan out exactly as she sees it in her mind.

At the time of printing, only $70 has been raised toward her overall goal of $25,000. To support Nikki in her transition, click this link to her GoFundMe account.