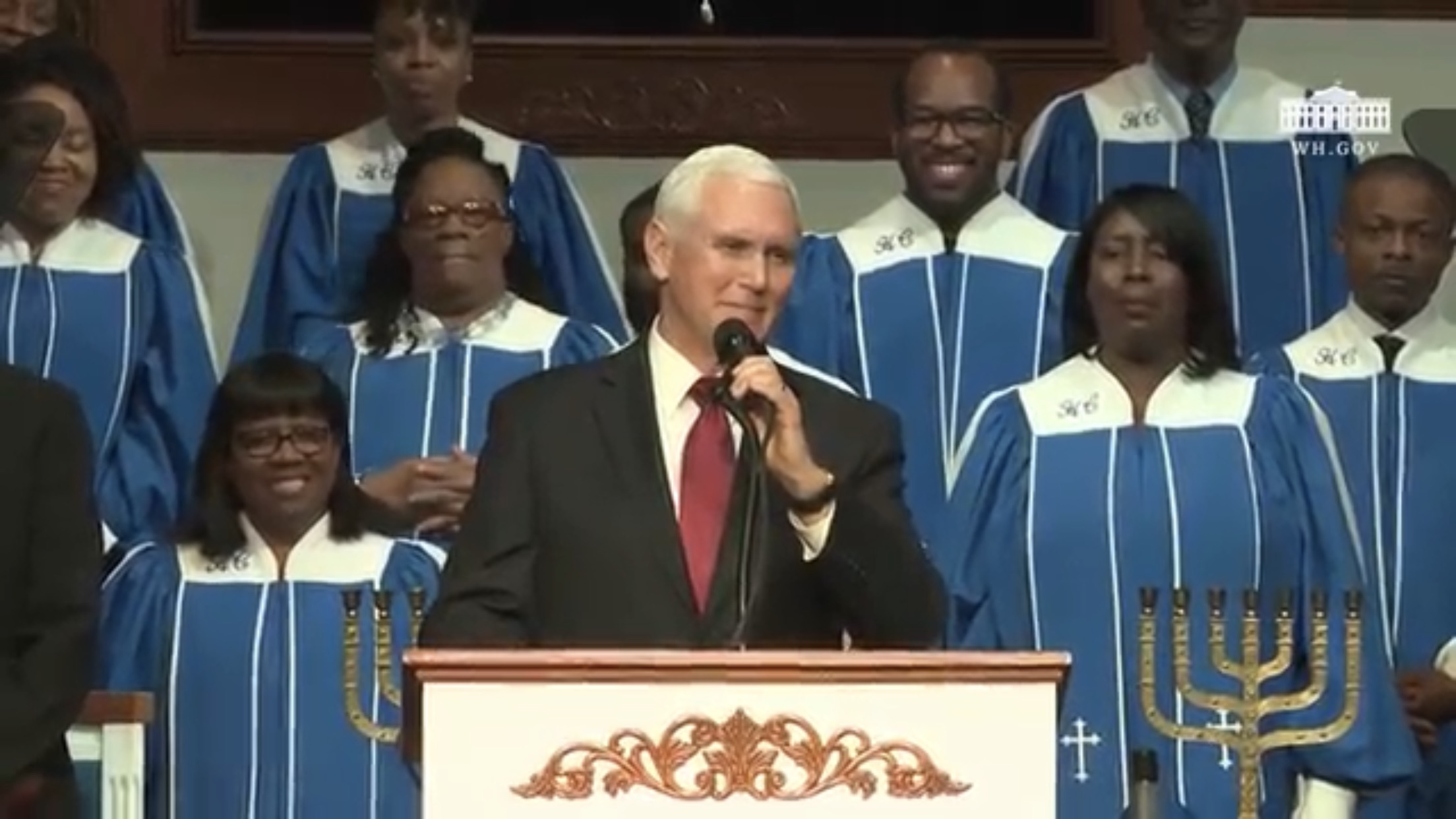 Vice President Mike Pence spoke at a church where the pastor gave an anti-LGBTQ sermon—and the White House livestreamed the entire thing.

According to LGBTQ Nation, Pence spoke at the Holy City Church of God in Christ in Tennessee on Sunday (January 19). In his speech, Pence referenced civil rights hero Dr. Martin Luther King, Jr.

“I know in my heart of hearts if we rededicate ourselves to the ideals that he advanced, if we strive to open doors of opportunities for every American and if we more faithfully follow the one that he followed, we will see our way through these divided times,” he said.

Pence’s speech was followed by a sermon from Bishop Jerry Wayne Taylor, the entirety of which was livestreamed by the White House. The sermon was themed around foundations, including the foundation of family.

“And then the man gets attracted to me and he’ll get in trouble—don’t put your hands on me,” he continued. ‘God didn’t make us for that. He made a man to be a man. Somebody said, ‘If you want to know what God made you, when you go to the bathroom check your plumbing. What kind of plumbing are you using?”

This is not the first instance of Pence appearing at an event hosted by an anti-LGBTQ organization. In 2017, he gave a keynote speech for anti-LGBTQ hate group Focus on the Family in honor of its 40th anniversary.