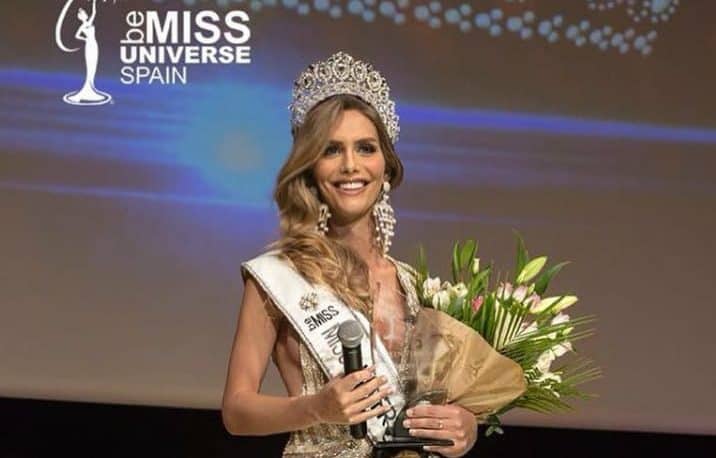 Angela Ponce will make history as the first openly transgender contestant to compete in the Miss Universe pageant.

Ponce won her spot after winning Miss Spain earlier this year. Ponce will compete tomorrow (December 16) against 94 women from all over the world.

“I’m very excited to participate in Miss Universe,” she told LGBTQ Nation. “I’m happy to be representing my country.”

Not only is Ponce’s appearance in the pageant historic, she also has a very good chance of winning, favored by many who are betting on the event. Picne said it makes her happy that people see her as a possible candidate for the crown, “as I have worked hard on this for a long time.”

Ponce is the first trans woman to compete at this level of the competition. However, Jenna Talackova was the first transgender person to compete in the overall competition. She fought to be part of Miss Universe Canada in 2012. Ponce said that she was grateful for Talackova, because she laid the “groundwork” which allowed her to follow her dream. “She made it possible that I could be here and find this a lot easier,” she told LGBTQ Nation.

Current President Donald Trump used to own the Miss Universe pageant when Talackova competed. The contest initially did not allow transgender participants, which is something that Ponce is acutely aware of – as well as his administration’s pushback on transgender rights. However, she is hopeful things views will change, and she views her competing as a way of instituting this change.

“Me being here and being accepted shows the rest of the world that i’m like any other girl,” she said. “I think that I can open a lot of minds and eliminate a lot of prejudice: prejudice that is not founded in reality.”

The pageant contestant said that she’s been well-accepted by the other women and treated just like anyone else.

Ponce is vocal about trans rights, particularly for trans youth. “My main message would be one’s right to their identity before turning 18 years old,” Miss Spain said. “The children should have the right to use whichever bathroom they identify with, and they should be supported by education in grade schools, because this could benefit everybody in the future.”

The 67th Miss Universe pageant will be held in Bangkok, Thailand and will be airing on FOX at 7:00 P.M. on December 16.