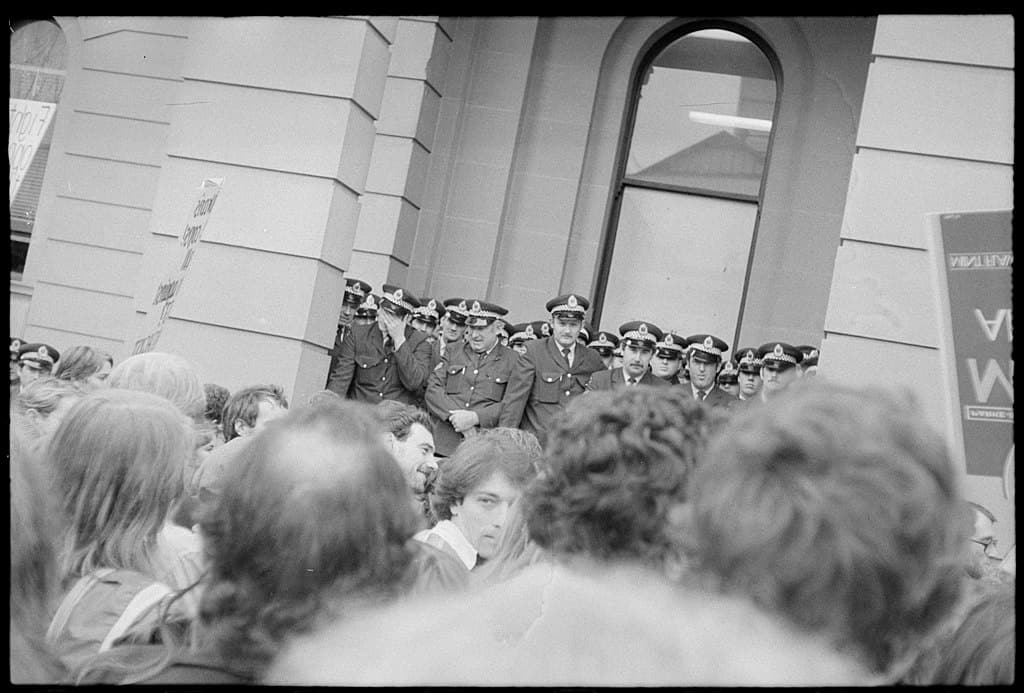 On June 24, 1978 in Sydney, Australia, a crowd formed in Taylor Square. The people there would later gain recognition as the “78ers,” and their presence that night sparked an unanticipated chain of events that would eventually lead to the 2017 postal vote legalizing same-sex marriage in Australia.

The Sydney Gay and Lesbian Mardi Gras Organization considers 1978 to be the first Mardi Gras celebration in the city. However, the night’s festivities turned to bitter injustice when the New South Wales (NSW) Police disrupted the march around King’s Cross. The NSW scattered the crowd and arrested 53 people despite the fact that earlier, they had given the group a permit allowing the march to take place.

This month, the NSW Police Commissioner, Mick Fuller formally apologized to the 78ers. “You get one chance to try and heal the wounds of forty years and it’s tough,” he said, before saying that he wanted the apology to begin and end with his personal regret as the commissioner of police. Then he attempted to give that statement context.

In 2016, the NSW Police Superintendent Tony Crandell apologized on behalf of the Police Force saying he had the then commissioner Andrew Scipione’s full support. Yet some weren’t convinced and expressed disappointment that Scipione didn’t make the statement in person.

Mick Fuller, who replaced Scipione in March 2017, mentioned the previous year’s apology in his speech. “Since that time, I have personally met with a small number of the 78ers. I’ve read and I’ve listened and I’ve listened more today to their stories and those of others. Particularly gay men during the 70s, 80s, and 90s who were shamed, embarrassed, abused,” he said.

The history between Sydney law enforcement and the LGBTQ community contains many horrific told and untold stories of direct abuse, cover-ups, botched investigations, and fear. In May of this year the LGBTQ health advocacy group ACON published a report documenting hate-motivating killings in New South Wales over the course of the late 20th century. ACON reviewed 88 deaths, 23 of which have been placed back with the unsolved homicide unit.

The report exposes the terrifying reality faced by LGBTQ Australians for decades. Gangs attacked and killed LGBTQ people for sport, in what was called “poofter bashing.”

Ted Pickering, a former commissioner for the NSW Police, said in an article in the New York Times, “We can now see that predators were attacking gay men. And they were doing it with the almost-certain knowledge that the police would not have gone after them.”

One case undergoing review is that of American mathematician, Scott Johnson, whose body was found at the bottom of a cliff in Sydney Harbor. Authorities ruled his death a suicide, but his brother, Steve Johnson, doubted their conclusion. He told the New York Times, “He would have been a first-round draft pick for any university in any part of the world. He had no reason to be stressed or unhappy.”

Steve Johnson spent years asking that the NSW Police revisit his brother’s death. He even hired an investigative journalist to dig up records. In 2012, a new inquest decided that his death could not be assumed a suicide. In late 2017, his death was ruled an anti-gay hate crime.

Though now the NSW Police force is there to ensure safety at Sydney’s Mardi Gras celebration and most Australians support same-sex marriage, opponents still voice their resistance to the cultural change.

This was made very clear in the time leading up to the postal vote in which tensions led to several incidents including one in which an airline executive was hit with a lemon meringue pie by a religious anti-gay protester and another in which Prime Minister Tony Abbott, who did not support same-sex marriage, was headbutted by a man wearing a pro-marriage equality pin.

Those in favor of voting no for marriage equality complained that their views weren’t accepted and that they felt pressured by the support for the “Yes” vote. Karina Okotel told the BBC,“A culture has developed whereby it is acceptable to vilify, mock, abuse and shame anyone who stands in the way, or even raises questions, about whether we should legalise same-sex marriage. I’ve been called a homophobe, a bigot and been told that my views are disgusting.”

Perhaps owing to the hardships endured by LGBTQ people, progress in Australia has occurred at a rapid rate. As late as 1949 Australian law applied the death penalty as a punishment for sodomy.