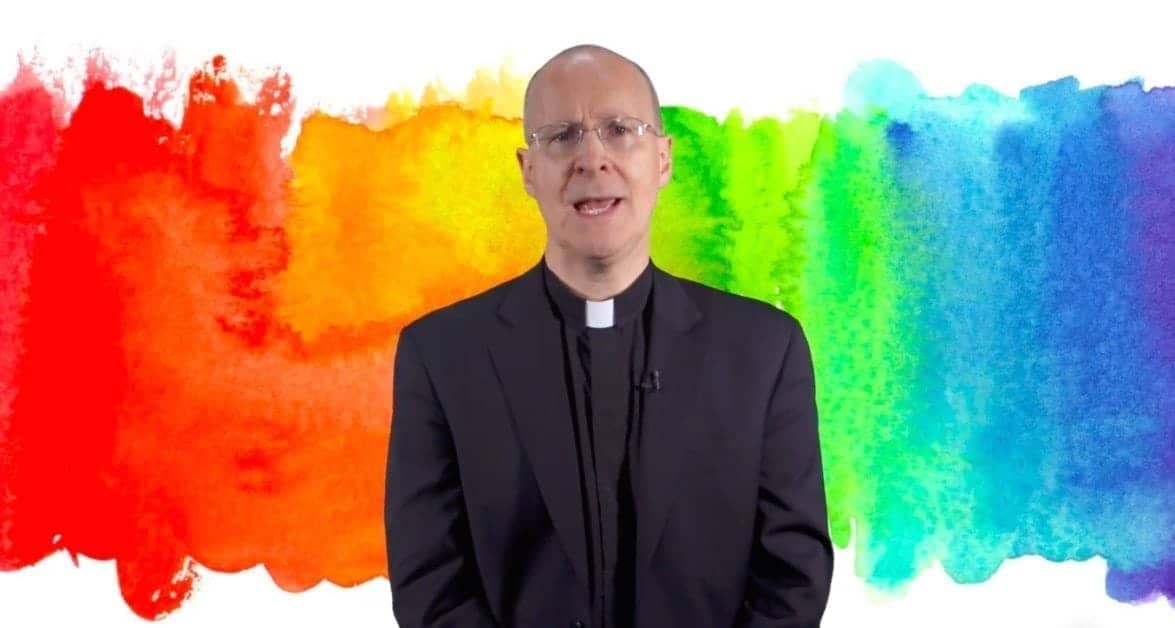 Catholic Church To Give LGBTQ Talk

For the first time in history, LGBTQ issues will be on the agenda at an event organized by the Catholic Church.

Father James Martin is the priest who will be giving the talk at the World Meeting of Families held in Dublin, Ireland from August 21-26. Pope Francis will be in attendance.

The speech will be about welcoming LGBTQ people and their families into the church, and it wasn’t Fr. Martin’s idea. “It was the Vatican who proposed what I think is a great topic: Showing Welcome and Respect in our Parishes for LGBT people and their Families,” he told PinkNews,

Fr. Martin said that by proposing this topic, the church is sending an important message to its LGBT members: “this is your church too.”

The topic, as well as Fr. Martin himself, has invited much backlash. There are almost 10,000 signatures on a petition, started by the ultra-conservative group Tradition Family Property (TFP), calling for the removal of the priest from the event that focuses on marriage and family life, according to PinkNews.

The pro-LGBTQ priest published a book called Building a Bridge, which called for respect between the LGBTQ community and the Catholic Church, saying he was prompted by the 2016 Pulse Nightclub Massacre, and the “lack of solidarity” the church showed. This event revealed to him that “even in death, LGBT people are largely invisible in the church,” and he became impassioned to change that.

This is not the first time the Church has made history through its support of LGBTQ issues. “Who am I to judge?” asked Pope Francis in July of 2013 in reference to gay Catholics, according to U.S. Catholic.

In June of this year, the Washington Post reported that the Vatican used the term ‘LGBT’ for the first time in a planning document for an upcoming bishops meeting. The Vatican officials also invited a prominent LGBT advocate to speak at a second global meeting, which had been said to be never done before by gay Catholic groups.

However, the Catholic church has yet to completely accept the LGBT community. PinkNews reported that Pope Francis recently upheld the belief that marriage should exist only between man and woman and told bishops to reject priesthood applicants who they suspect may be gay.

The Church’s official stance on homosexuality is that it’s a sin if acted upon.

A spokesperson for the World Meeting of Families said that, despite the protests, Fr. Martin is still scheduled to give the talk, which will take place between August 21 and 24, according to the official program.