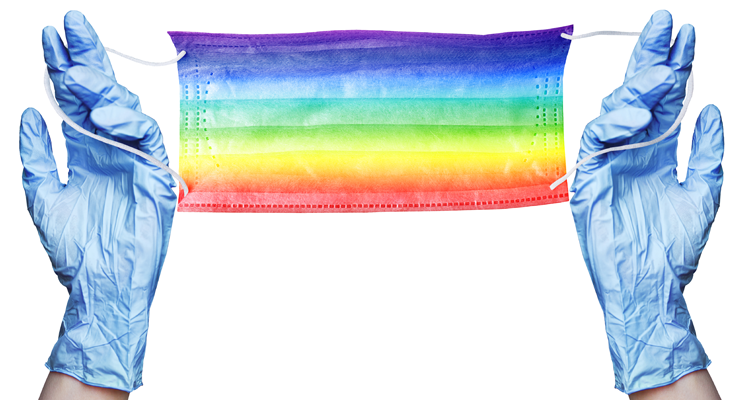 COVID-19 and the World’s LGBTQ Community

We’ve all seen the devastating consequences COVID-19 has had on the lives of those who are disabled, of certain ethnic groups, or have underlying health problems.

What the pandemic has also managed to do is worsen the social and economic inequalities which already existed in communities. A report conducted by the United Nations found that LGBTQ people are a group of people who’ve become casualties of these shifts in societies around the world.

LGBTQ people are more likely to work or have worked in industries particularly affected by the pandemic, according to the UN report. Key employers of LGBTQ people, such as those in the grooming, retail, health and restaurant sectors, are some of those who have been hit hardest.

The travel industry, long seen as an attractive, if stereotypical, place to work by some gay men, has been decimated. This has meant large numbers of people are being laid off in areas of the global economy which once seemed indestructible.

When there is no longer a monthly paycheck coming in, the result can be that people are having to either move into unhealthy communal living spaces or go back to live in the homes of hostile families and communities.

All lockdowns make excellent breeding grounds for isolation, anxiety and conflict with homophobic, biphobic and transphobic relatives. This all raises the danger of violence, especially for older people and youths.

LGBTQ people are being demonized because they are “singled out, blamed, abused, incarcerated and stigmatized as vectors of disease during the COVID-19 pandemic,” the report concludes. Remarks made by political and religious leaders who put the blame for the pandemic on the very being of LGBTQ people have been cited in the United States and at least 12 European countries.

The UN report also uncovered evidence that some governments are using the pandemic as a way to bring about regressive legislation. This includes legislation that increases penalties for HIV exposure, nondisclosure and transmission, which escalates the stigma those living with HIV have to confront.

LGBTQ people are disproportionately affected by HIV and AIDS. Charities such as Frontline AIDS have raised concerns that restrictions related to COVID-19 have caused extra obstacles for people to gain access to the treatment they need to stay well.

A global survey on LGBTQ behavior on social media and dating sites concluded that more than a fifth of those taking HIV antivirals claimed their access to medication had been restricted or made more complex because of the pandemic. Worryingly, seven percent of those surveyed admitted that they either had or were at real risk of soon running out of their meds.

In Hungary, a legal proposal designed to prevent trans people from changing their gender is now being challenged. Even before the COVID-19 crisis, waiting times were already lengthy for gender-affirming care. These periods are being further stretched and in some cases care is being stopped altogether with this kind of treatment now being viewed as “nonessential.”

Gender-based quarantines were also often found to be fraught with problems, especially in contexts “in which gender-diverse people do not have access to legal recognition,” the report said. The result has been a rise in abuse and mistreatment.

As it grapples with the effect on the economy, the United Kingdom’s government declared it was going to cut the funding of projects aimed at reducing the bullying of LGBT+ children in English schools. This is despite an acknowledgement that LGBT pupils are more likely to be bullied than others.

The vulnerability of LGBT people can be magnified when they also happen to be asylum seekers or refugees, seeking indefinite leave to remain in the UK, for example. Having already fled danger, they can find themselves at further risk of abuse and exploitation  throughout their journeys from immigration officers and human traffickers.

Overcrowding in immigration centers can cause increased patterns of violence and discrimination related to sexual orientation and gender identity.

According to evidence presented by the LGBTQ Foundation, those in the LGBTQ community are more likely to have poor mental health. This may manifest as self-harm, substance abuse, eating disorders, and suicidal thoughts, as well as depression and anxiety. LGBTQ people, the foundation says, also smoke more and are more prone to alcohol and drug misuse. These kinds of problems could be exacerbated by a fall in face-to-face support and disruption of regular routines.

The UN is calling on states around the world to acknowledge and embrace diversity in sexual orientation and gender identity and take steps to deconstruct stigma and use evidence-based approaches alongside LGBTQ organizations to respond to the pandemic.

Those countries which have a legal framework to protect minority groups and which embrace equality must ensure that the specific requirements of the LGBTQ people are not swept aside. The needs of the LGBTQ community must be fully understood and acted upon, not least to set an example to the rest of the world.

Peter Markham is a writer and correspondent for immigrationnews.co.uk, a media platform that helps to raise awareness about migrant injustices and news around the world.