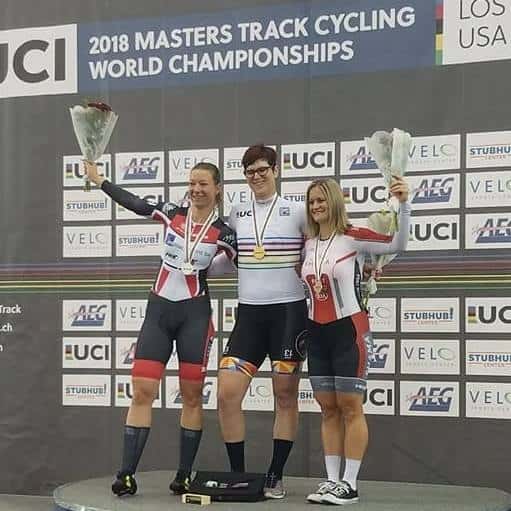 The Canadian cyclist won gold in the sprint at the 2018 UCI Masters Track Cycling World Championships on Saturday (October 13).

McKinnon’s participation in women’s sports has received backlash from people accusing her of having an unfair advantage over her opponents.

“I train 15-20 hrs/week, twice/day 5-6 days/week. Yeah… I just jumped off the couch and won. Transphobic bigots, y’all,” she wrote in a post defending herself against such claims.

A Twitter user commented that the women that came in second and third were “robbed of higher medals” and had to “pretend it was a fair sport.” McKinnon replied, “Or maybe they actually think it’s fair (2nd place is a friend). Don’t objectify and use other women for your bigotry.”

In Canada – where the cyclist is from – trans students are now able to compete on teams which are consistent with their gender identity.

In 2016, the International Olympics Committee abolished a policy which forced trans athletes to undergo gender reassignment surgery and two years of hormone therapy before competing on their desired team. Trans men can now take part in men’s competitions, but trans women have to show their testosterone level is below a designated level before competing.

The world champion referred to this policy in another post. “I’m still forced to have an unhealthily low endogenous testosterone value,” she wrote. “It’s virtually undetectable it’s so low… way below the average for women.”