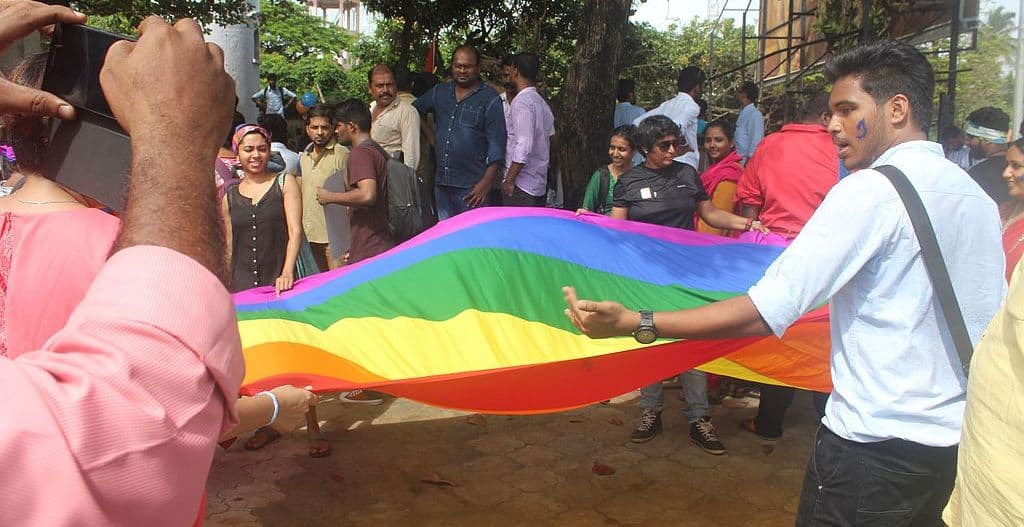 A court in the country of India has ruled that a lesbian couple can and should live together, according to news reports. Kerala is a South Indian state. The High Court there ruled that a petitioning lesbian pair could cohabit.

The women in question were the forty-year-old Sreeja S of Kollam, and her partner, the twenty-four-year-old Aruna.

According to Gay Star News, “Kollam filed a court petition to release Aruna from her parents. Upon discovering Aruna’s lesbian relationship, her family trapped her in their home and admitted her to a mental hospital, according to the Times of India.”

Aruna’s lock-up became famous as an abuse of law: first in India, then around the world. Despite wide public censure, the hospital would not deliver Aruna to Kollam. Kollam filed suit.

Aruna came before the High Court. She informed the judges, Justices R Narayana Pisharadi and C K Abdul Rehim, that it was her wish to take up residence with Kollam. The two judges agreed with her wishes. Now the two may live together, and Aruna may leave the hospital.

This is the most significant LGBTQ-relevant ruling to be handed down since the Indian Supreme Court’s recent judgment that gay sex should be decriminalized under Indian law. The ruling of the High Court of Kerala derives legal efficacy from the Supreme Court decision.

The decriminalization ruling effectively dismantles the infamously homophobic Section 377 of the Indian Penal Code. Until the ruling, 377 treated gay intercourse as a crime.

The statute has stood since 1861, and forbid oral sex as well. Due to the large size of India–an estimated 1.3 billion people–the revoking of 377 is effectively the largest decriminalization victory in history.

The LGBTQ population of India is estimated to currently stand at seventy-eight million people.