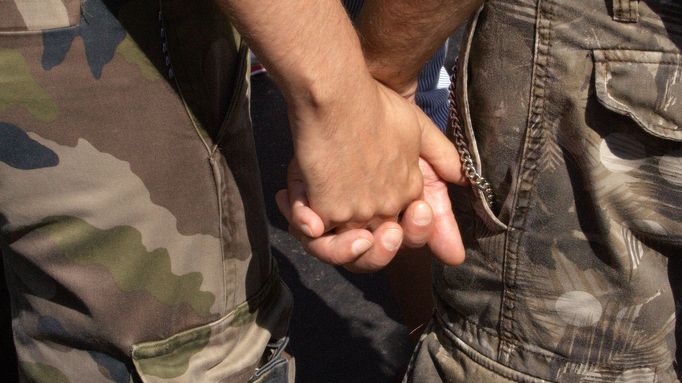 A large number of college-age straight men engage in gay sex, according to a recent study. The paper, titled “Heterosexual College Students Who Hookup with Same-Sex Partners,” was published in the April 2018 issue of the Archives of Sexual Behavior. The researchers, professors Arielle Kuperberg and Alicia Walker, studied the sex lives of university students, via the Online College Social Life Survey dataset.

In the study, they wrote “Individuals who identify as heterosexual but engage in same-sex sexual behavior fascinate both researchers and the media.”

The study stated that individuals who had same-sex partners but continued to self-identify as straight tended to hold attitudes that slanted more conservative.

The survey was taken among approximately 24,000 undergrads. Of the men whose last hookup was with a fellow male, one in eight respondents self-identified as heterosexual.

These numbers were double among women. One in four female respondents whose last experience was with a lesbian self-identified as straight.

There have been speculations as to why there should be such a divide. A paper published in March by the University of Arkansas concluded that women who had sex with other women were more likely to achieve orgasm–33 percent more likely. According to Pink News, “Those in same-sex relationships said they orgasmed, on average, 55 times per month. This stood in stark contrast with women in straight relationships, who said they usually achieved just seven orgasms per month.”

According to the abstract of the  Kuperberg and Walker paper, “Three types, comprising 60% of students, could be classified as mostly private sexual experimentation among those with little prior same-sex experience, including some who did not enjoy the encounter; the other two types in this group enjoyed the encounter, but differed on drunkenness and desire for a future relationship with their partner.”

The study determined there was further research to be done in the field.