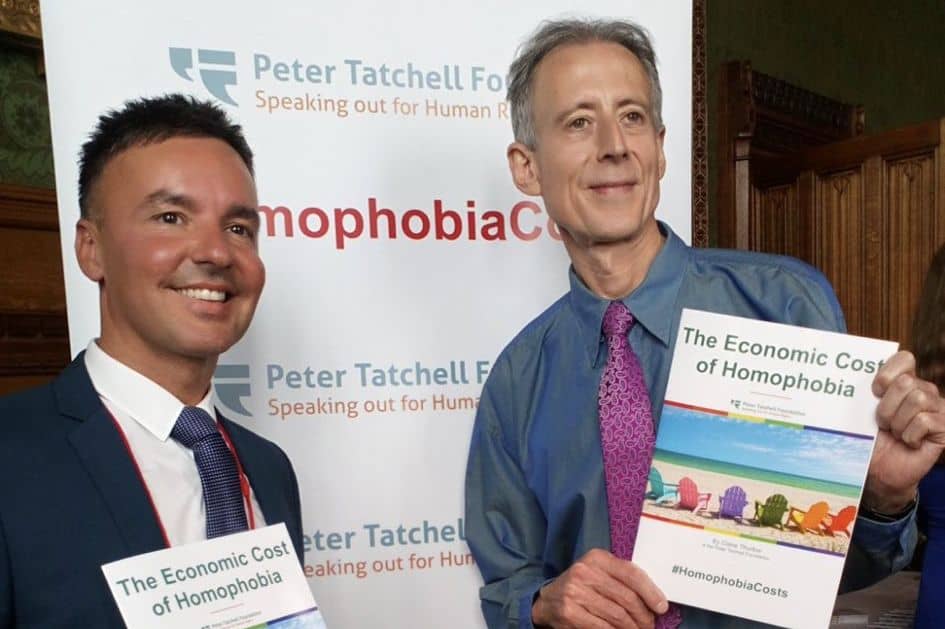 Societies which embrace anti-LGBTQ practices are losing billions in revenue, a new report claims. The study says that nation-states with homophobic laws on the book are falling behind on the economic scale.

The Peter Tatchell Foundation published a report, The Economic Cost of Homophobia, on June 19. The study argues that the hidden cost of homophobia is not just moral or social; it may also be seen on the balance sheet.

The report premiered in the United Kingdom’s House of Lords. It was made public by Lord Fowler, and Peter Tatchell, the LGBTQ activist behind the foundation of the same name. Tatchell recently returned to the U.K. after an arrest in Russia, prior to the World Cup.

According to Gay Star News, “[The report] argues that countries with anti-LGBTI legislation are missing out on billions of dollars from tourism, aid and investment. They also suffer from missing out on the economic power of their own LGBTI citizens. Human rights campaigner, Tatchell, said his foundation decided to focus on the economic impact on anti-gay laws, because it had more impact than trying to argue with countries on human rights alone.”

Europe is the number-one honeymoon destination, according to Tatchell’s information.

A majority of the data was gathered in 2016 by market research firm OUTNow.

In his comments, Tatchell said, ‘We found that in many countries, sadly governments were not listening to the human rights arguments … So we reasoned that perhaps they might be more open to economic persuasion.”