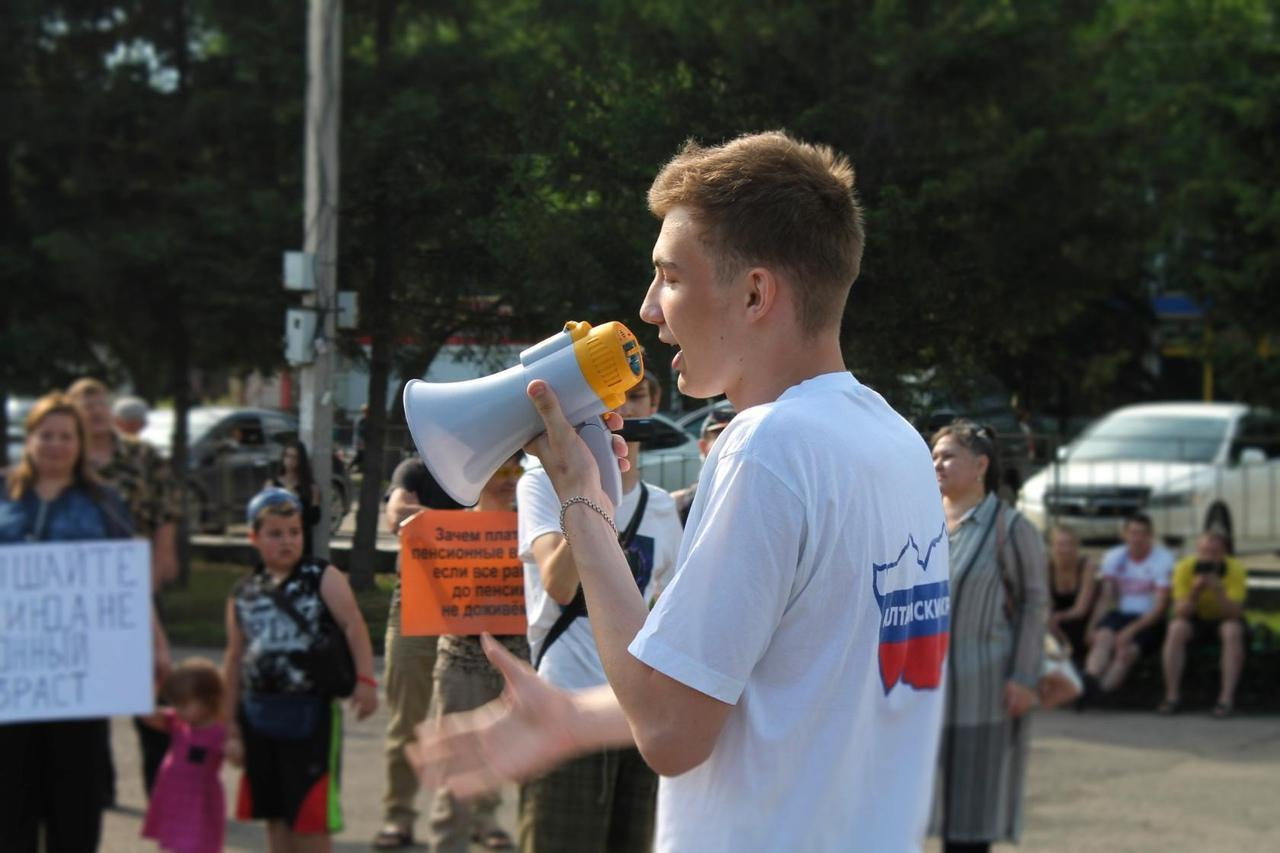 Earlier this month, the first minor was charged under Russia’s “gay propaganda laws.” The Russian LGBT Network reports that sixteen-year-old Maxim Neverov of Biysk was fined 50,000 rubles (the equivalent of $736) for dispersing “propaganda of homosexuality among minors” on the social network “VKontakte.”

The administrative offense report states that Neverov posted “some pictures (photos) of young men whose appearance (partly nude body parts) had the characteristics of propaganda of homosexual relations according to the expert opinion.”

In late July, Neverov was asked to go to the police station in Biysk, his hometown near Russia’s southern border. Unaware of the purpose, he later discovered that he was summoned because of the images he posted and subsequently detained.

Despite deleting the images after being detained and refusing to testify, he was charged two weeks later on August 7.

Neverov told NBC News that “The photos showed hugging. I didn’t publish them, just saved them in an album. One of the photos said, ‘Love is better than f—–g.’ I saved them and forgot about them — just as tens of thousands of teenagers do all across Russia.”

Russia’s law, passed in 2013, punishes by fining any act or event deemed to promote homosexuality to minors. In 2017, the European Court of Human Rights, of which Russia is a member, condemned the legislation as it had “reinforced stigma and prejudice and encouraged homophobia, which was incompatible with the values of a democratic society.”

Russian authorities had eyed Neverov before his detainment due to his activism. He caught their attention after joining Protest Biysk, a group that organizes civil rights projects. In May, he organized a performance called “Gays or Putin,” asking the city for permission to host a public event. All 12 applications he submitted for space – whether the events supported LGBT individuals, were against LGBT, for Putin, or against Putin – were refused permission.

Svetlana Zakharova, the Russian LGBT Network’s communications manager, claims the charges against Neverov are because of his political presence.

“[The charges] are nonsense,” Zakharova said. “Neverov is a schoolboy who cannot work, yet the fine he is supposed to pay is double the average salary of his city.”

Zakharova assured Neverov that if he and his family cannot pay the fine, the Russian LGBT Network will raise the money.

Despite the charges, Neverov continues to stay politically active because he is “tired of watching what was happening in [Russia]. It’s terrible. In our country, people are tortured and killed in prisons, schoolchildren are intimidated only because they oppose Putin’s regime.”

He remains hopeful, noting that his detainment is testament to political progress. “Protest Biysk is sure that if the administration is so afraid of us, then we need to continue,” Neverov said. “We have everything that is needed: people, ideas, desire.”

As for himself? Neverov believes the administration fears him more than he fears them. “I wasn’t afraid,” the 16-year-old said of his detainment. “The police have not scared me for a long time.”