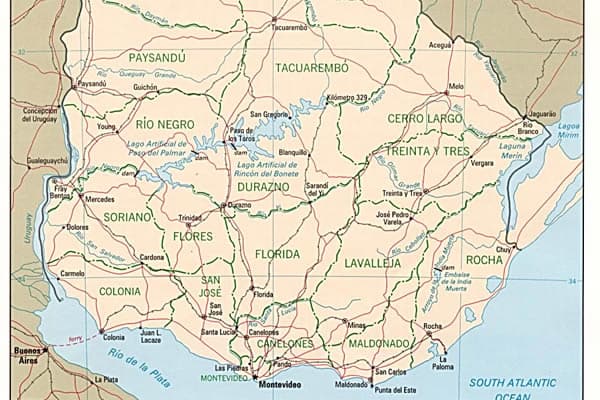 Lawmakers in Uruguay on Oct. 18 approved a bill that would extend rights to transgender people in the South American country.

The Associated Press reported the bill that passed in the Uruguay House of Representatives would allow trans people to obtain government-funded hormone therapy and sex-reassignment surgery. The bill would also require at least 1 percent of government jobs go to trans people and compensate Uruguayans who suffered persecution during the military dictatorship that governed the country from 1973-1985.

The Uruguay Senate previously approved the bill, which President Tabaré Vázquez is likely to sign.

“This law seeks to ensure the rights of trans people of all ages, of all sexual orientations, socio-economic conditions, territorial affiliation, national origin, beliefs, cultural and ethnic-racial origin or disability to live a life that is free of discrimination and stigmatization,” reads the bill.

Ovejas Negras, a Uruguayan LGBTI advocacy group, in a Facebook post notes the Oct. 18 vote capped off a campaign in support of the bill that began more than two years ago.

“We made history,” said the group. “For the first time worldwide, a law that includes a multitude of measures of social inclusion, historical reparation and recognition of trans people’s rights was approved.”

Uruguay is the latest country to extend rights to trans people.

Trans people in Argentina since 2012 have been able to legally change their name or gender without having undergone surgery or receiving hormone therapy or a medical diagnosis. Public and private health care providers in the South American country that borders Uruguay are also required to provide free sex-reassignment surgeries and hormone therapy to patients who request them.

Maltese lawmakers in 2015 approved a sweeping law that, among other things, allows trans people to legally change their name or gender without providing proof of having undergone sex-reassignment surgery or hormone therapy.

The New York Times over the weekend reported the U.S. Department of Health and Human Services has drafted a memo that proposes the exclusion of trans people from the definition of “sex” under federal civil rights law. Trans activists and their allies across the U.S. have sharply criticized the Trump administration over the reported proposal.