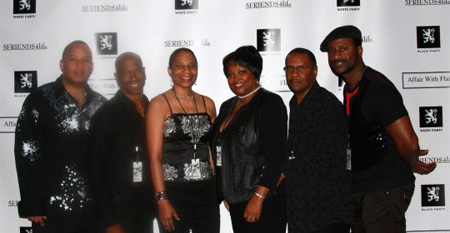 One of the biggest party weekends on the gay calendar culminated Sunday with the 10th annual “Black Party,” which took place at Club Opera, Sunday, Oct. 28. More than 3,000 people will be donned their chicest black attire for the event, which is themed “Wicked.”

“It will be everything that wicked encompasses, whether it’s wicked scary, wicked sexy, wicked temptation – it will all come to fruition,” says Warren Huntley, an event planner and member of 5FRIENDS4life, the group that hosts the Black Party and its summer counterpart, the White Party.

“People come in everything from very, very skimpy sexy outfits to cocktail dresses and suits, it really just depends on your interpretation of what dressing in all black is,” Huntley says.

A portion of the proceeds from the White Party go to a different charity each year, and tonight’s party marks a decade-long partnership between 5FRIENDS4life and the Marine Corps.’ “Toys for Tots” program. Attendees receive a discount on tickets by bringing an unwrapped toy, and last year the event brought in more than 2,000 gifts.

Both color-themed parties were conceived by Huntley and several close friends who were looking to have an impact while having a good time.

As the Black Party has grown from about 750 attendees in its first year to 3,000 in 2011, its appeal continues to broaden.

“It means a lot,” Huntley says. “I know people look forward to it because it’s a great event and it’s a great cause. The Black Party is gay and straight, black and white, and I’ve always wanted it to be something that was unique and fun for everybody.”

To view more photos from this event, click here.