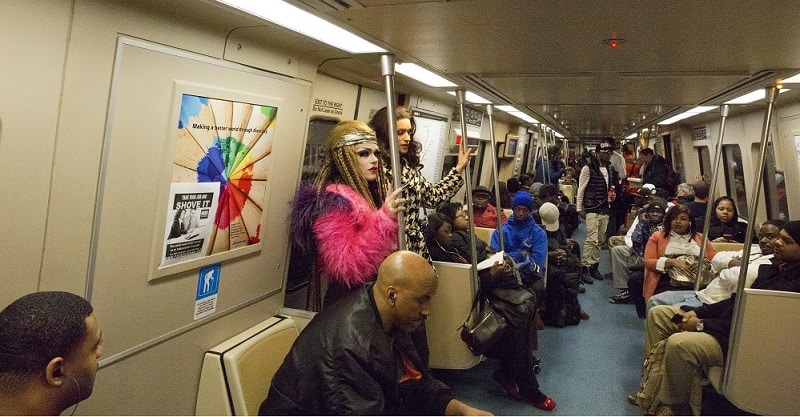 Two years ago, Blane Bussey picked up a camera and started photographing Atlanta drag queen Edie Cheezburger outside her natural habitat of nightclubs and bars.

Placing a glorious drag star in so-called normal settings appealed to the 30-year-old artist, and Bussey hasn’t put down his camera since.

“This was nothing I ever thought I would get involved with,” he says from the living room of the house in West Atlanta he shares with Nathaniel Jeffrey, aka Mo’Dest Volgare. 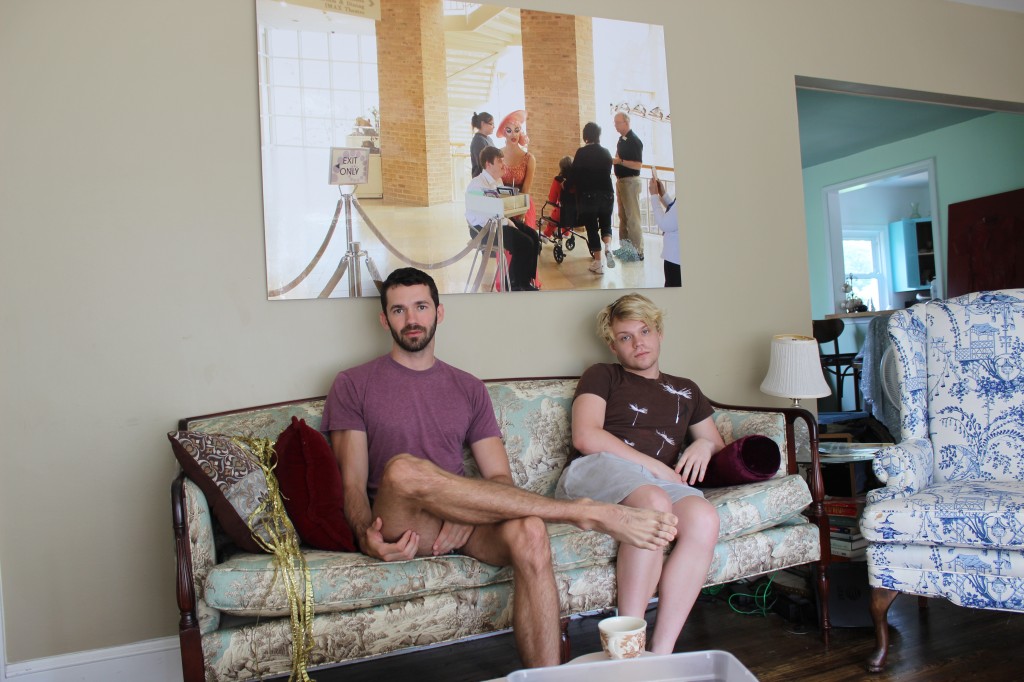 “I didn’t go to drag shows. I was one of those people that always said, ‘there are so many drag shows in this town.’ Then I shot Edie and it was so interesting how they came out.”

The idea of shooting queens was part of an idea to put different kinds of gay people in natural settings. When he was shooting Edie in a wooded area, for example, a Latino family walked into the shoot.

“It was interesting to see all the different types of people coming together. These are people you would think don’t necessarily get along. But that exchange with that family was amazing. What we were doing could be seen as being quite weird. But we took the shame out of it and projected it as a fun thing to do,” he says.

SEEKING ALL GENERATIONS OF ‘LEGENDARY CHILDREN’

Bussey is one of the founding members of Legendary Children, a team of queer Southern artists celebrating Atlanta’s new rising stars in the drag scene.

Bussey is now focusing his energy toward the history of Atlanta’s drag scene and seeking out photos from the past to include in future photography installments. So far, he’s got a box of old photos from Nicole Paige Brooks representing the early 2000s.

So far, though, Brooks’ photos are the only ones he’s been given. He’s hoping others will be willing to trust him with their memories so he can help record the “legendary children” of years past.

“Drag queens are not all like what you see on ‘RuPaul’s Drag Race,’” he says. “Some have been here forever. They have lived interesting lives. I want to document their experiences. And that’s the trick part—getting them to loan me their photos.”

Bussey envisions perhaps blowing some of the old photos up, putting them on Tumblr, creating shows around the actual prints.

The idea came to him after the first Legendary Children show and a solo show.

“We had these big prints and Mo’Dest asked what will happen to them after we are dead,” Bussey says. So what does happen to photos taken of a certain point in time that are a snapshot of Atlanta’s LGBT life? There are LGBT history projects at local libraries and universities where some of this is archived. But Bussey is going for a specific subset of gay culture—the entertainers who, he says, paved the road for much of the freedom he can enjoy as an openly gay man.

“Documenting their lives is important because it shows respect. I respect what they have done for me. What they did in our community created a community for me to be in,” he says. Also, it’s interesting to notice the changes over the years in clothes, the community, the queens themselves.

A preliminary showcase of his archive project is a photo album including pictures from Nicole Paige Brooks’ early days, his early life as a young gay man living in New York and Polaroid snapshots of his family. All are from about the same year, around 2000. For Bussey, combining drag family with his biological family is important to the project and shows how the two play significant roles in his life as a gay man.

“Nicole and Mo’Dest are my family now. I wanted to show the parallels,” he says.

Bussey funds his art in part working as a bar-back at Jungle. He hopes one day to make a full-time living doing the work he loves.

And one day, he hopes, the large prints of drag queens hanging in his home will be hanging in a museum or on the walls of someone else’s home.

“I want to represent the diversity in our world through my work. That is my main mission,” he says. “I don’t want things to be exclusionary. I lived so much of my life feeling excluded.”