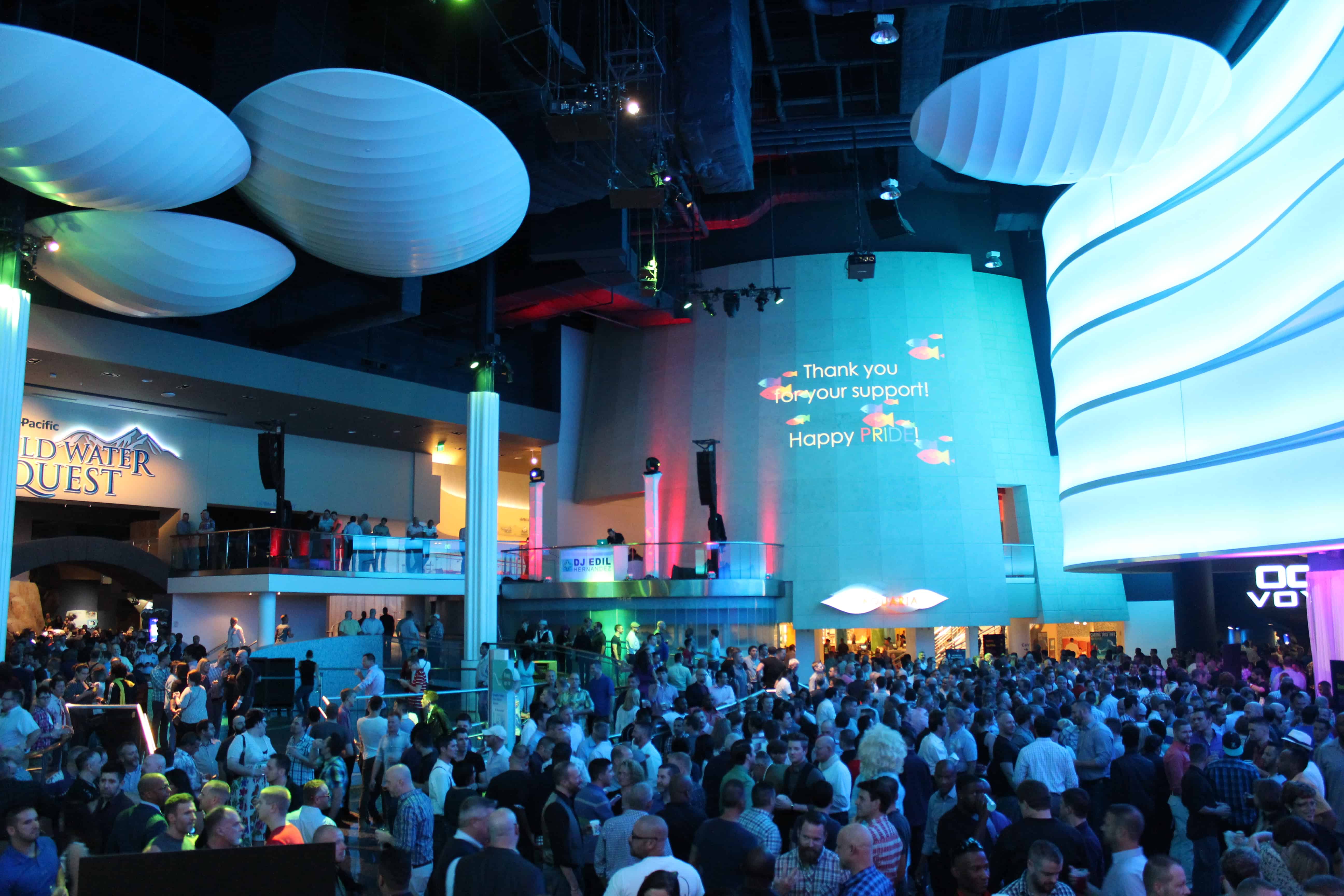 Atlanta is a huge city and sifting through the shindigs for Pride weekend can be stressful so we did it for you! Here’s a list of the best place to turn up for Pride. These events are officially endorsed by Atlanta Pride so you don’t have to worry about partying with folks who aren’t down for the cause.

This is the first official event of the weekend so you have to be there. The party is in the Georgia Aquarium so you get to party with the fishes.

If you throw a stone, you’ll hit 10 silent parties in Atlanta but disco parties are rare. Atlanta Pride and Sound Off teamed up to throw a silent disco Pride pre-party. Time to dust off your bellbottoms or hit the thrift store. Heads up, you have to reserve your headphones in advance.

The venue has a roster of events planned for the week of Pride. All events are for patrons 21 and older. Tickets for the paid events can be found at HereticAtlanta.com. The events include: Warzone: Pride Edition and Boys Night Out

Throw your cowboy boots on and get to the Heretic before 9pm to get a free two-step lesson. There is a dance party after the lesson if you want to show off your new moves.

Famed producer Tony Moran will host the party with Mike Pope on the turntables. Singer Jason Walker will perform a set.

DJ Phil B will be on the ones and twos. There will also be an opening set from Stan Jackson.

This will be a jock party so clothes are definitely optional, if not discouraged. If you decide to be sinful and show up dressed, there will be a clothing check.

MSR has the girl parties on lock. Tickets for the paid parties can be found at MySistersRoom.com. Go ahead and practice in your mirror. Or the shower. Or in the car while sitting in Atlanta’s parking lot — err, traffic.

The Queerly Beloved Revue will be in the building and performers include Trey Alizé, Dahlia Grey, Drew Friday, and Candida Valentina.

If you’re not feeling the glow party or are too young to buy a beer, MSR has options. There will be four DJs spinning that night, go-go dancers, and two dance floors. There will also be a free.99 photo booth and concert ticket giveaways.

Todrick Hall will be in the building along with Bedroom Burlesque, pole dancers, and even circus performers!

The best way to end Pride is a drag show! Brigitte Bidet will be the hostess with the most, per usual. Kia Comedy, the mayor of lesbian Atlanta will be there, and Outsiders Ent will also be present. DJ Annalyze, DJ Wulf, and DJ K Squared will provide the soundtrack.

No cover on the main level