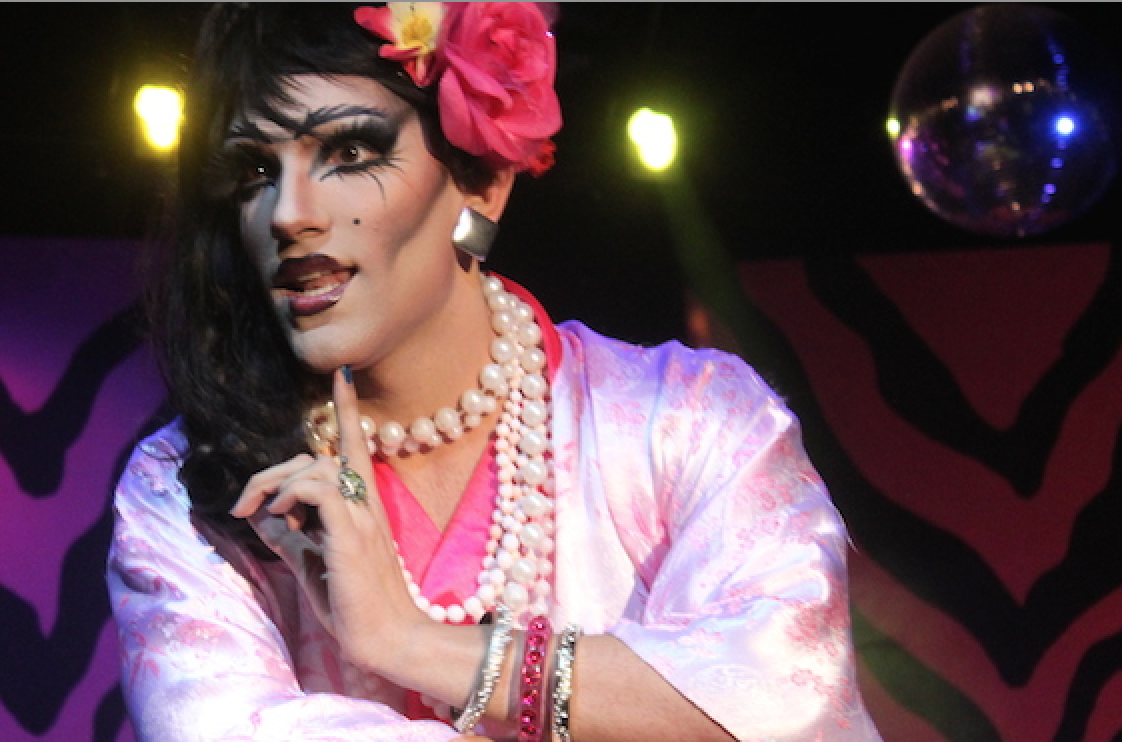 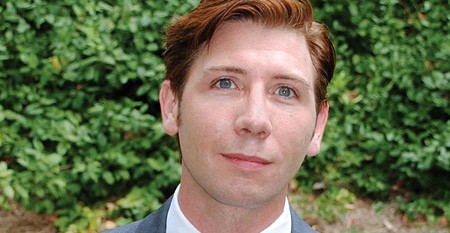 WRITER
TOPHER PAYNE
Topher Payne (www.topherpayne.com) is a prolific and award- winning playwright who has had an incredible year so far—he won an American Theatre Critics Association Award as well as being selected as one of the “20 People to Watch in 2014” by Atlanta’s Creative Loafing. His words  always ring true with his patented humor and observant nature.
• Taking second is nationally bestselling mystery writer Amanda Kyle Williams, whose new book “Don’t Talk to Strangers” was just released (http://amandakyle williams.com) and Mark King (http://marksking.com), a popular blogger, placed third.

PLAYWRIGHT
TOPHER PAYNE
He keeps writing and writing so it’s no surprise Topher Payne wins here as well. His play “Angry Fags” won the Gene-Gabriel Moore Playwriting Award at the 2013 Suzi Awards and his play “The Medicine Showdown” (co-authored with Adam Koplan) was produced at The East 4th Street Theatre in Manhattan. The Georgia Ensemble Theatre premiered his comedy “The Only Light in Reno” and he won the American Theatre Critics Association’s 2014 Elizabeth Osborne New Play Award for an emerging playwright for his play, “Perfect Arrangement,” a play that takes a look at the hot topic of marriage equality.
• Johnny Drago finished second and Timothy Gray came in third. 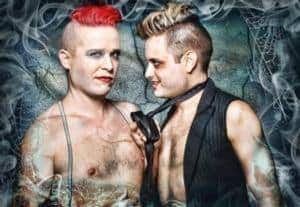 THEATER COMPANY
ACTOR’S EXPRESS
With plenty of LGBT fare, including the current “The Rocky Horror Show,” Actor’s Express (www.actorsexpress.com) is your most beloved theater troupe. Ably led by Freddie Ashley, the company has been producing buzzworthy theater for more than 25 years now.
• 7 Stages (www.7stages.org) finished second and Onstage Atlanta (www.onstageatlanta.com) bows at third. 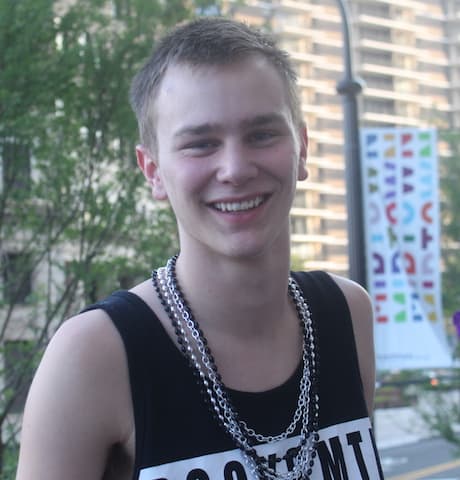 MUSICIAN
J. TYLER ELLINGWOOD
Repeating as champion in this field is J Tyler Ellingwood (http://jtylerofficial.com), the young Atlanta artist who is becoming a force in the hip-hop field.
• Steven Binko (http://stevenbinko.com) finished second and rounding out the category are Barry Brandon (www.hausofbarry brandon.com) in third and Dylan Michael in fourth (www.dylanmichaelmusic.com).

LIVE MUSIC VENUE
THE TABERNACLE
When it comes to watching live performances, the Tabernacle (http://tabernacleatl.com) is the ATL’s favorite go-to place for concerts. Eclectic acts fill the venue nearly every week and the Tabernacle’s intimate setting makes for perfect viewing.
• Taking second is Eddie’s Attic (www.eddiesattic.com) and third is Center Stage (www.centerstage-atlanta.com). 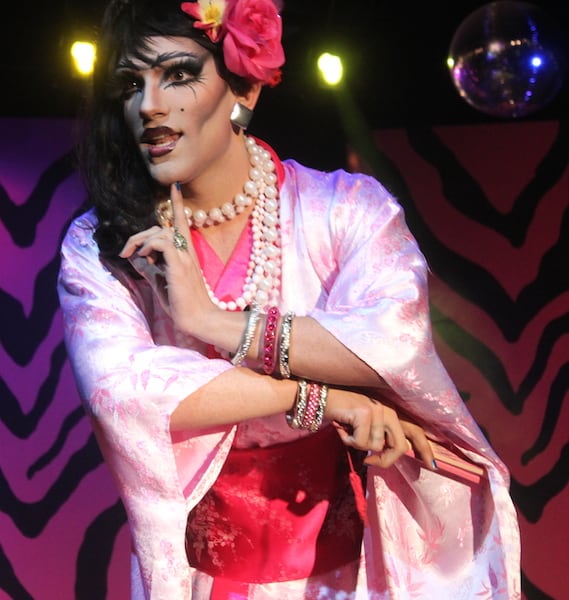 DRAG QUEEN
EVAH DESTRUCTION
With appearances all over town, including the weekly “The Other Show” at Jungle, Evah Destruction (www.evahdestruction. com) is the drag queen you most love to worship. Her YouTube channel is a great way to watch some of her fiery and fabulous performances.
• Evah fought her way through fierce competition from the likes of vintage drag queen Bubba Dee (www.facebook.com/BubbaDLicious) sashaying to second and the avant garde Violet Chachki (www.facebook.com/violet.chachki) strutting to third. 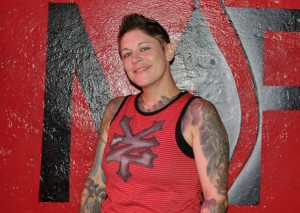 DRAG KING
JORDAN MICHAELS MCCORD
Atlanta’s Jordan Michaels McCord is the top vote getter here. The award-winning drag king is recognized throughout the state and nationally and the entertainer is a perennial figure hosting/performing at My Sister’s Room.
• Ashton Cotter placed second and Nick Giavanni finished in the third slot. 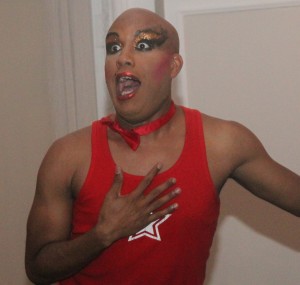 COMEDIAN
BRENT STAR
Funny man Brent Star (twitter.com/ MrBrentStar) wins here. He hosts events year-round at bars and restaurants and other special events and always brings his acerbic sensibility. He has also entered the world of stand-up comedy and performs at such venues as the Laughing Skull Lounge.
• Bubba Dee joked her way into second while Ian Aber (twitter.com/ABearComedian) gagged into third place. 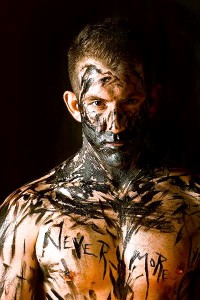 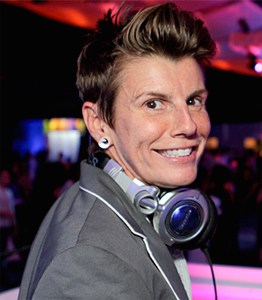 It wouldn’t be a party without DJ Vicki Powell spinning. She reigns supreme in this category and she shows no signs of slowing down. She hosts the popular Sunday Service parties at St. Louisa’s Church of the Living Room & Ping Pong Emporium and also spins at numerous LGBT charity events.
• DJs Bill Berdeaux and Christopher Kind are your second and third choices, respectively.

ART GALLERY
HIGH MUSEUM OF ART
With year-round programming, the High Museum of Art (www.high.org) is
the gallery that Atlanta most fancies. The museum’s recent “Dream Cars” installation is the kind of innovative work that we’ve all grown to love, in addition to the excellent seasonal exhibitions.
• Gray Miller West (www.graymillerwest.com/index.html) finished second and Decatur Market & Gallery (www.decaturgallery.com) placed third.

Steven Binko, (www.stevenbinko.com) a self-proclaimed “Psychic Prince,” says he began his acting career in Atlanta on TruTV as well as with his own talent business and a mini-series, took top honors in this category.