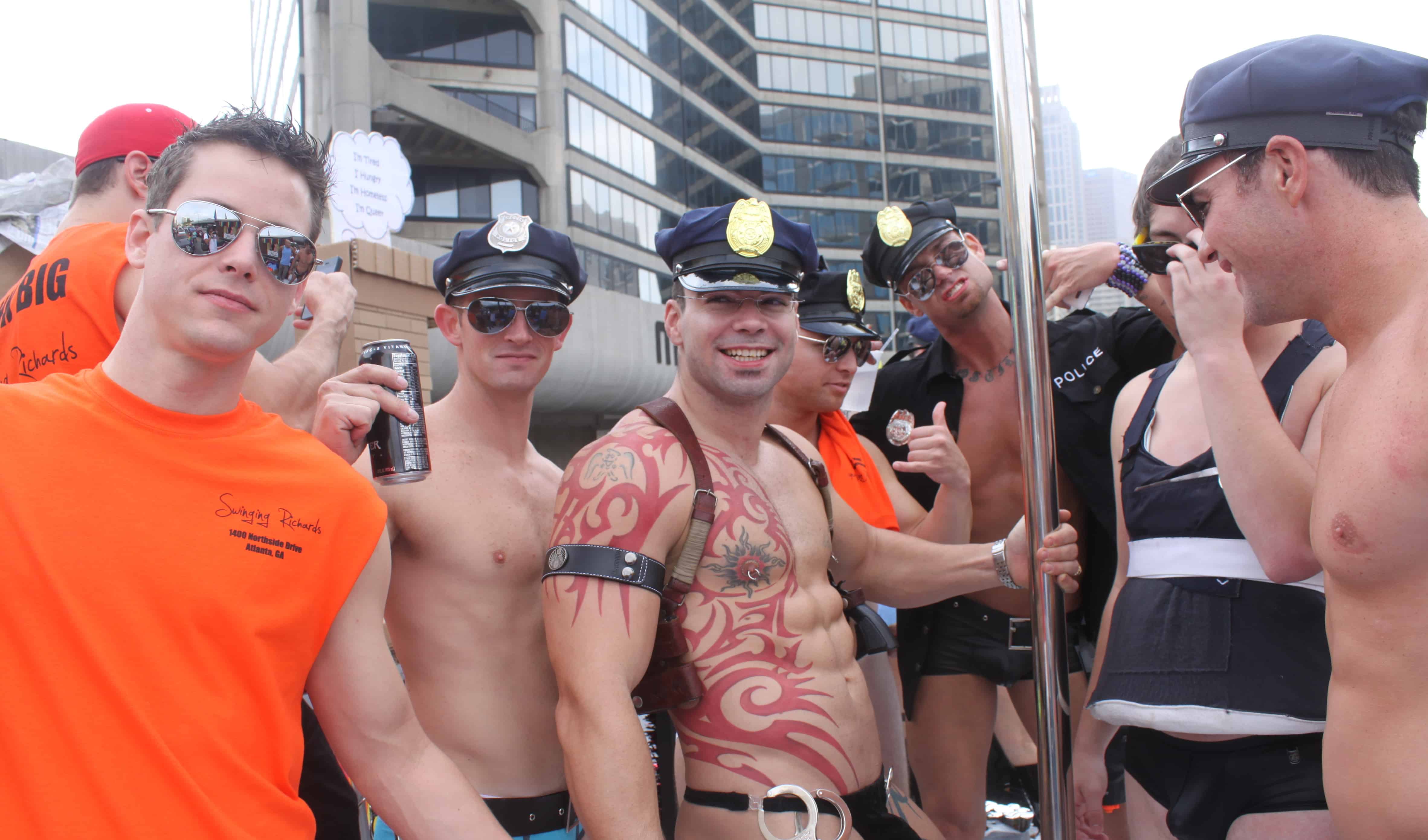 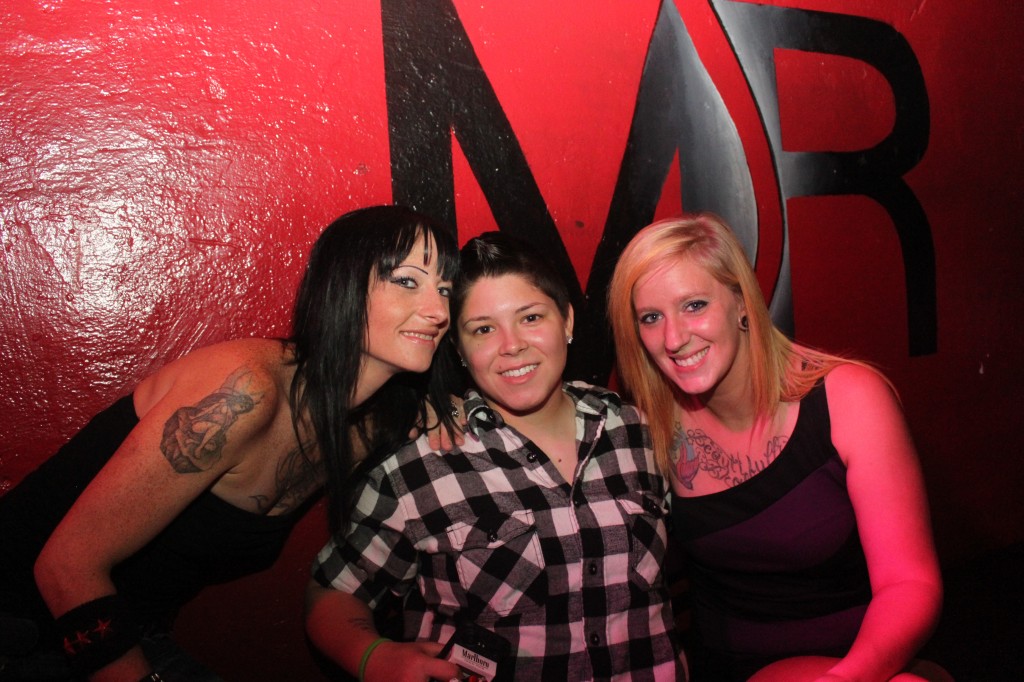 BEST PLACE TO MEET WOMEN
MY SISTER’S ROOM
When it comes to where to meet women, readers flock to East Atlanta for a night at My Sister’s Room (www.mysistersroom. com). The lesbian bar has only gotten more popular since making the move from Decatur several years ago as it continues to take the top prize year after year in this category.
• LeBuzz (www.thenewlebuzz.com) finished second and Burkhart’s (www.burkharts.com) closed it out in third place. 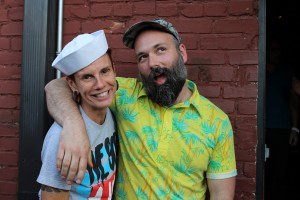 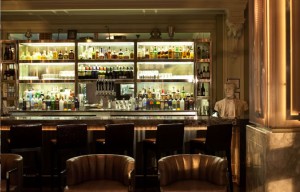 HOTEL BAR
THE LIVINGSTON AT THE GEORGIAN TERRACE
The Livingston at the Georgian Terrace (www.livingstonatlanta.com) wins for Best Hotel Bar this year and it’s no wonder why. The sleek hotspot across from the Fox Theatre is the place to go when gay Atlantans want to get a little spiffed up and hit the town, and it’s become one of the prime spots for watching the annual Atlanta Pride parade.
• Whiskey Park – W Midtown (www.gerberbars.com/whiskey-park-atlanta) took second place while Bar eleven – Loews (www.elevenatlanta.com) came in third. 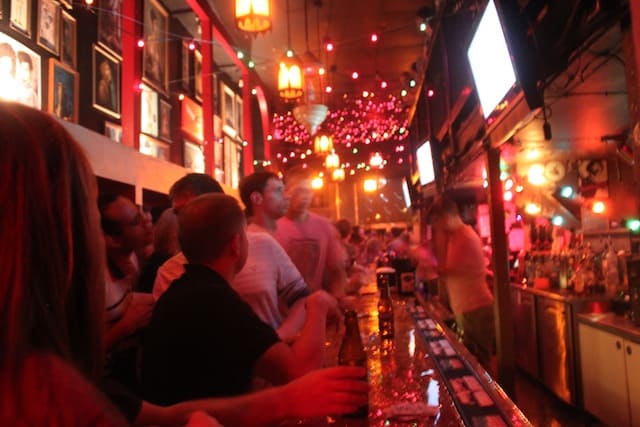 NEIGHBORHOOD BAR
MARY’S
Readers liked gay hipster hangout Mary’s (www.marysatlanta.com) the best in this category, and who can blame them with the bar’s fun vibe, popular theme nights, great music and even a love seat upstairs to share a quieter moment away from the crowd. East Atlanta wouldn’t be the same without Mary’s.
• Hideaway (www.atlantahideaway.com) took second place while Woofs (www.woofsatlanta.com) rounded out the group in third.

KARAOKE
MARY’S
Those LGBT Atlantans wanting to belt out their favorite tune in front of a crowd (and their more shy friends who prefer to observe) picked karaoke night at Mary’s
(www.marysatlanta.com) as the place to do it. “Mary-oke” host CJ keeps the Tuesday and Saturday nights rolling with over 15,000 songs at his fingertips.
• Burkhart’s (www.burkharts.com) came in second place and G’s (http://www.communitas hospitality.com/gs-midtown/) came in third. 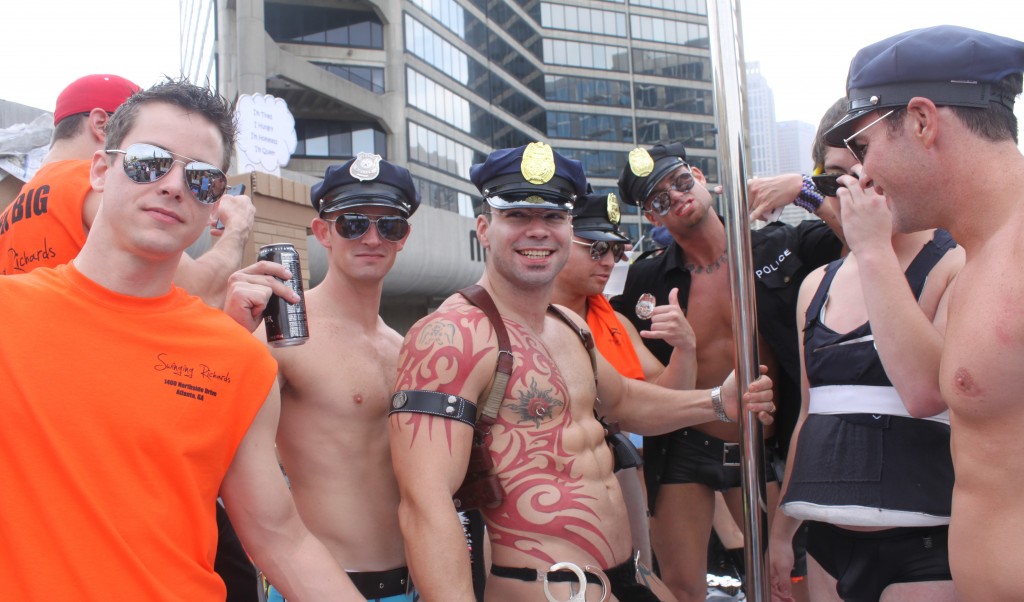 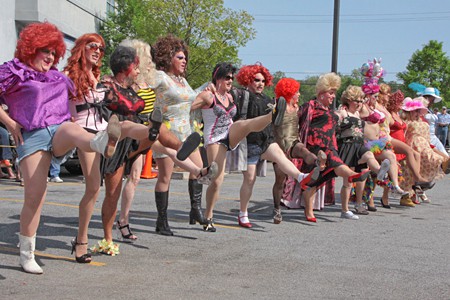 DRAG SHOW
ARMORETTES SUNDAY NIGHT AT BURKHART’S
Readers made it clear you can’t go wrong with the Armorettes drag show (www.armorettes.com) Sunday nights  at Burkhart’s. The troupe has been going strong for over 35 years and not only puts on an unforgettable show, but fund-raises while doing it, with more than $3 million raised for AIDS support services.
• The Other Show at Jungle (www.jungleatl.com) came in second place and  Lips Atlanta (www.lipsatl.com) came in third. 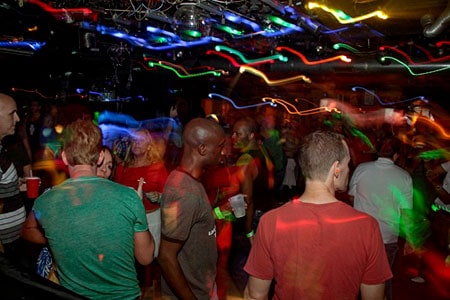 DANCE FLOOR
HERETIC
When it’s time to sweat it out to some of their favorite tunes, readers picked the dance floor at the Heretic (www.hereticatlanta.com) as their favorite place to do it. Whether hosting local, national or international DJs or putting on the popular 3-Legged Cowboy nights, the Heretic knows how to throw it down.
• Jungle (www.jungleatl.com) came in second while the Atlanta Eagle (www.atlantaeagle.com) rounded out the category in third.

OVERALL BAR
BURKHART’S
Burkhart’s (www.burkharts.com) lands the top spot for Best Overall Bar this year. The Ansley Square hangout keeps the customers coming with their popular karaoke nights and drag shows, pool tables, expansive patio and friendly bartenders who can mix a cocktail up with the best.
• The Atlanta Eagle (www.atlantaeagle.com) came in second place, with Blake’s On the Park (www.blakesontheparkatlanta. com) coming in third and Jungle (www.jungleatl.com) finishing fourth. 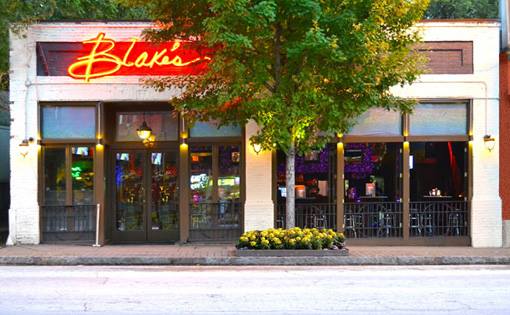 BEST PLACE TO MEET MEN
BLAKE’S ON THE PARK
Atlanta’s gay boys on the prowl set their GPS for Blake’s On the Park                                      (www.blakes ontheparkatlanta.com) when they want  to make a new connection. The 10th Street mainstay gives patrons a chance to chat it up in the more hopping downstairs, or head to the upstairs bar or patio for a quieter moment to get to know each other.
• Popular mobile app Grindr (www.grindr.com) came in second while Flex (www.flexspas.com) came in third.

BARTENDER
CHERIE OLIVIER & ANTHONY MOLLO
It was an incredibly talented group of bar- tenders from a variety of hotspots that made the finals this year, but two came out on top and that’s Cherie OlivIer from LeBuzz (www. thenewlebuzz.com) and Anthony Mollo from Burkhart’s (www.burkharts.com). Let’s raise a glass in their honor!
• Second place went to Matthew Livingtson of Mary’s and Makeda Warner of My Sister’s Room earned third place. 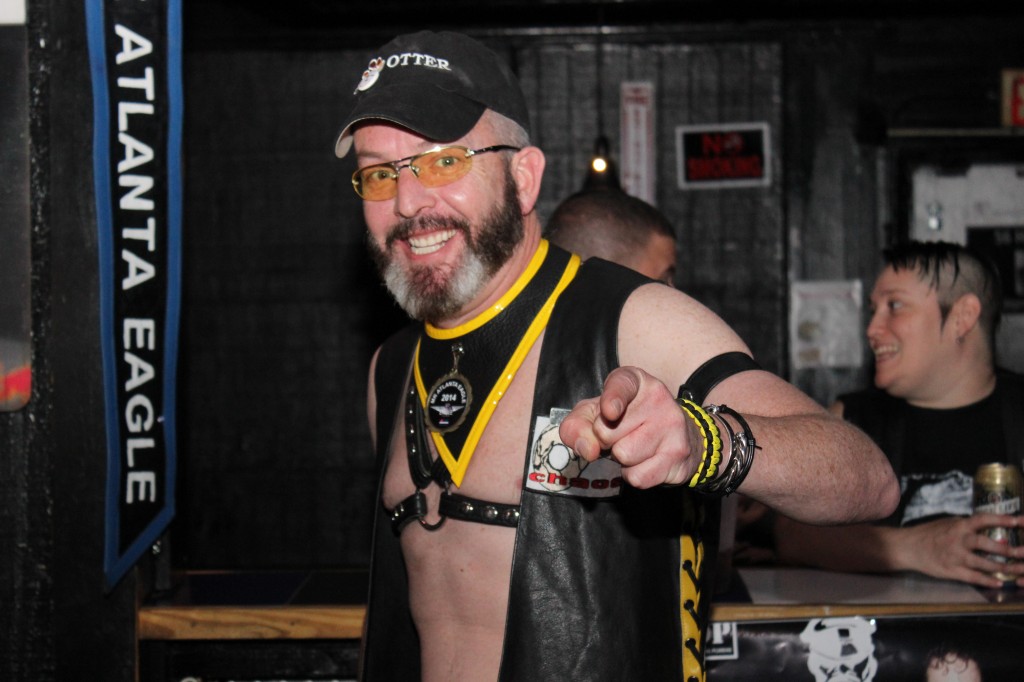 NICHE BAR
ATLANTA EAGLE
The leather community is strong in Atlanta and when the sun sets, they head to our winner for Best Niche Bar, the Atlanta Eagle (www.atlantaeagle.com). The Ponce favorite is famous for their theme nights, large deck and smoking hot dance floor. And the annual Mr./ Ms. Atlanta Eagle Contest is not to be missed.
• Mary’s placed second and the Cockpit (www.thecockpitatlanta.blogspot.com) came away in third.