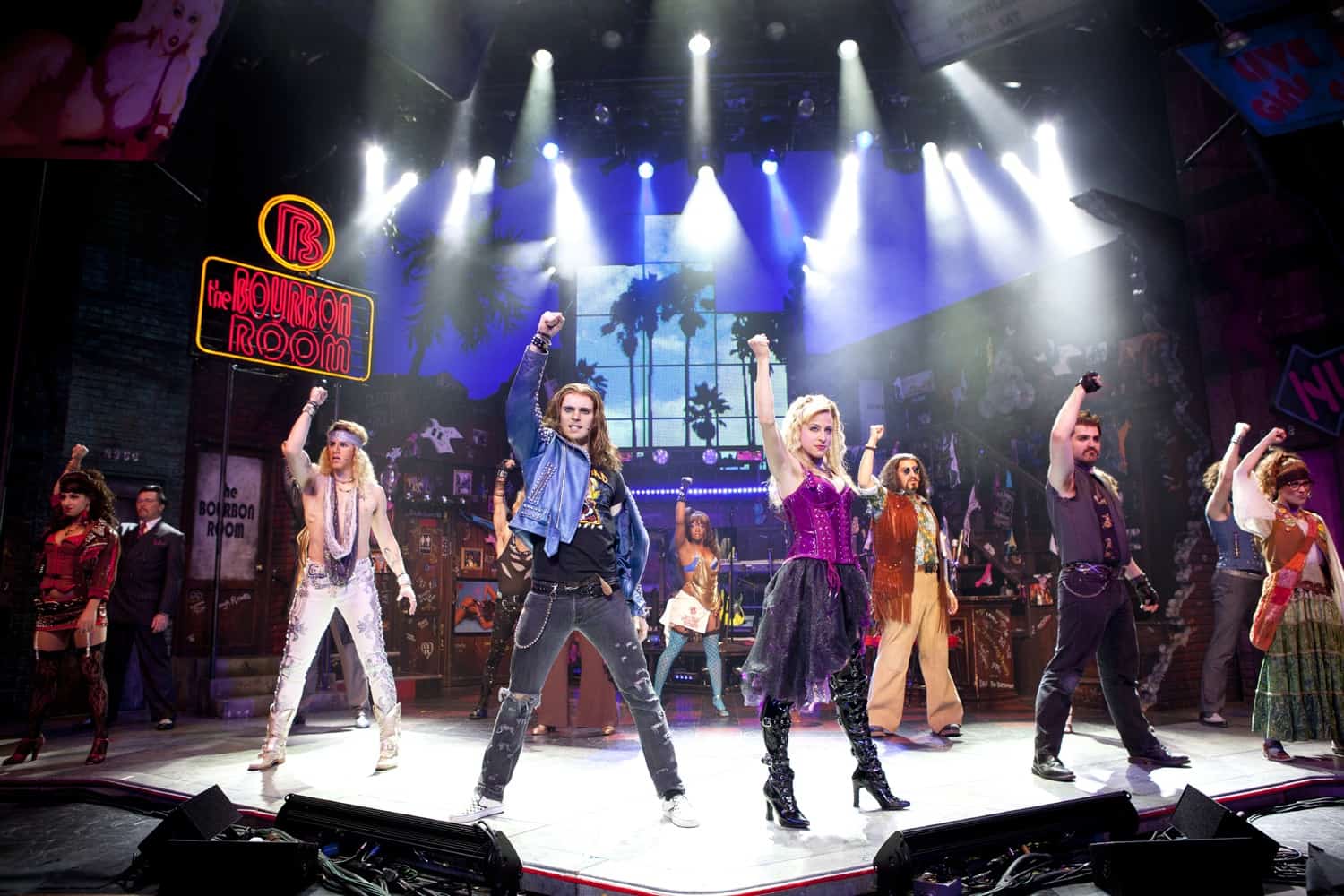 Best Bets: Our Guide to the Best LGBTQ Events in Atlanta for December 21-January 3

The legendary Libby Whittemore returns for her 10th season of Libby’s at the Express with her annual holiday show “Ho, Ho, Home for the Holidays and A Connie Sue Day Christmas.” She is joined by the hilarious Connie Sue Day, the 31st lady of country music, for one of Atlanta’s favorite holiday traditions. Tickets are $40. 7:30pm through Dec. 23 Actor’s Express

RITUAL returns for the holidays! Jingle Hell Rock gets your Christmas a little darker with infernal themed costumes. DJ Eschar accompanies DJ Lechter to bring you the best industrial dance tracks around. 21 to enter with $10 cover. 10pm – 3am Heretic Atlanta

Out Front Theatre Company is ringing in the season with its ﬁ rst-ever holiday production, the world premiere of “The Ethel Merman Disco Christmas Spectacular.” Decking the halls with holiday tunes, the production imagines what the legendary Ethel Merman’s 1979 disco Christmas television special might have been. The year is 1979 and the undisputed “biggest voice on Broadway” has released her now infamous disco album. A cavalcade of celebrities who make Studio 54 their second home have been recruited to help bring a disco beat to the holiday season, and leading the charge is none other than Ethel Merman herself. Things avalanche into chaos, but “The Merm” can’t be deterred in her quest to hustle around the Christmas tree and into every living room in America. Combine a harried stage manager gripping onto his ﬁrst big assignment, a love affair that would melt Jack Frost’s heart and a miserly producer who doesn’t seem pleased with anything that is unfolding, and the outcome is a night of entertainment that is what everyone has on their wish list. 8pm, closing tonight

Come celebrate that time of year where all you want to do is roast your chestnuts and sacriﬁce virgins over an open ﬁ re. Wussy Magazine hosts Unholy Night: Drag Me to Hell with Lavonia Elberton. Other guests include Kryean Kally, Brigitte Bidet, JayBella Banks, Paege Turner, Miss He & Iv Fischer, with music by Silk Wolf. A costume contest with a $300 cash prize is also on tap. 10pm – 3am The Star Community Bar

Dress in your ﬁnest PJs and enjoy a wonderful brunch buffet with all the ﬁxins’ and day drink to your heart’s content on bottomless mimosas at the Pajama Brunch Buffet. 10am – 4pm The Shed at Glenwood

End your weekend with the best old school house music’ in the city for ATL Sundays. Food, drinks, and dancing. 8pm MIXX Atlanta

On the night before Christmas, enjoy free pool and beats by DJ Kaye G. 4pm – 3am Bulldogs

Comic Colin Mochrie will be joining Dad’s Garage to be part of the cast of “Improvised Hallmark Christmas Movies,” directed by local playwright/ Hallmark Channel writer Topher Payne. It stars Amber Nash and Dan Triandiﬂou, who will fall in love and kiss under the snowy hellscape (or whatever the cast comes up with). 10:30am

Grab your boots for Country Dancing night and prepare to work up a sweat. PASCAL offers free two-step lessons then an open dance starts with DJ Ben with line dances, waltzes, and two steps. 8pm – 3am Heretic Atlanta

Fasten your seat belts for a groovy ride on the dance ﬂoor as DJ Mister Richard presents Cruise Control. Enjoy the latest hits and remixes along with some big room banger classics from the past. 10pm – 3am Atlanta Eagle

Every Friday at midnight, it’s time to slip on those ﬁshnets and make-up for the most celebrated live troupe in the city, Lips Down on Dixie, Inc., for a righteous party in front of the big screen for “The Rocky Horror Show.” Midnight Plaza Theatre

Join the regal duo of Shavonna Brooks and Raquel Lord at Divas of the Midnight Cabaret. Tonight at 11pm Midtown Moon

Do you remember old variety shows like “The Carol Burnett Show,” “The Muppet Show” or “The Sonny & Cher Comedy Hour?” Ever dream of being in the audience and being a part of the show? Atlanta’s all LGBTQIA+-identifying comedy group, Queeriety, has just the show for you. Come see The Queeriety Variety Show on the last Saturday of every month. Each show will be jam-packed with improvisation, live sketch comedy, stand-up comedy, puppetry, and drag performances. 11pm The Village Theatre

See a movie today to celebrate the close of the year. The wickedly funny, lesbian-themed “The Favourite,” an Oscar contender with Olivia Colman, Emma Stone, and Rachel Weisz, is now playing in metro theatres, various showtimes

Check out the ‘Celebrating the New Year in the ATL’ article for details on places to party into 2019.

Out Atlanta rocker Michelle Malone winds down 2018 at a New Year’s Eve bash featuring music from her new album “Slings and Arrows,” as well as audience favorites. 7:30pm Eddie’s Attic

Trans and Friends is a youth-focused group for trans people, people questioning
their own gender, and aspiring allies, providing a facilitated space to discuss gender, relevant resources and activism around social issues. 7– 8:30 pm Charis Books and More

Queen Butch is back New Year’s Day with DJ William Francis and DJ Cuntrera. This NYC duo will be spinning disco and house music back to back at the only under the sea New Year’s Day party in Atlanta. Hosts include Orion Crook, Kyle Floyd, Miss He, MK, Kyra Mora, Blake Morgan, Brian Pollard, and Chad Wick, with special guests Ej Aviance and Paege Turner. 11am – 6pm Midtown Tavern

Ndstry Wednesday features music and videos with DJ Sean Michael. 3pm – 3am Blake’s on the Park

The Business Builder Lunch, sponsored by the Atlanta Gay and Lesbian Chamber of Commerce, is hosted by Luis Ruiz and Bruce Logue on the ﬁrst Thursday of each month at the Westin Atlanta Perimeter North. $25 ticket Includes an appetizer, entrée, beverage, dessert tax and tip. RSVP to Luis Ruiz via email: luisarielruiz@earthlink.net to attend the event. 11:45am Westin Atlanta Perimeter North

The musical “Rock of Ages,” celebrating its 10th anniversary, follows a small town girl who comes to Hollywood with stars in her eyes, complete with a lot of famous musicians on the soundtrack. 8pm, tonight and tomorrow Fox Theatre

Experience the mystery and fun of the beloved movie that captivated audiences around the world at “E.T. The ExtraTerrestrial in Concert,” complete with John Williams’ Academy Award®-winning score performed live. 8pm, tonight and tomorrow Atlanta Symphony