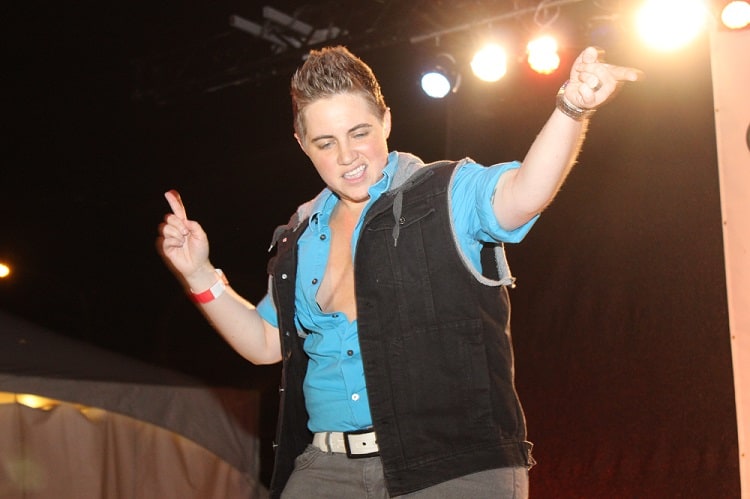 Atlanta’s drag scene does not limit itself to only Inside the Perimeter. Right outside the renowned border is the conservative city of Marietta and gay bar LeBuzz, serving up drinks and entertainment for nearly 20 years.

The bar’s biggest draw is its Saturday night drag show, The Divas Cabaret, started in December 2007. Originally a weekend show on Friday and Saturday nights, the Cabaret added an additional Friday night show to the lineup. The original host was Nicole Paige Brooks, who took a break from hosting to shoot the second season of “RuPaul’s Drag Race.”

Destiny Brooks was part of the cast and later began hosting her own show on Fridays and filled in on Saturday nights while Nicole Paige Brooks was hoping to be crowned by RuPaul herself, a queen whose beginnings whose roots go back decades to dancing in Atlanta bars.

Destiny Brooks continues to host and the cast includes the legendary Heather Daniels, Iysis Dupree and Kitty Love Antoinette, and has included such well-known performers as Monica van Pelt.

Destiny books a new guest each week to maintain diva variety in the show and the queens have added several traditions to include birthday shots, the infamous stripper pole, and the witty, sometimes politically incorrect, monologue at the show’s opening.

“I think the show is special at LeBuzz because it is a true show bar—we have a stage, curtains, and dressing room,” says Heather Daniels. “We feature drag kings, queens, live singers, femme girls and more. We are truly a inclusive show.”

No one can discuss the drag scene without mentioning the drag kings. Thursday nights at LeBuzz is all about the ladies. The bar’s award winning KING Show features the South’s largest and hottest cast of drag kings, hosted by Niko Giavanni and featuring hot performances by Kaymen Syder, Cooter Giavanni, Ashton Cooter, The Sir Issac Giavanni and many more special guest performers.

And if you ever get the desire to unleash your inner king, Thursday night also includes a stripper pole and an amateur king contest with the winner chosen by the audience. After the show there’s no reason to leave and most stay for the dance party featuring DJ Birdman USA in the booth.

Countless entertainers, kings and queens, singers, celebrities and newcomers have performed at LeBuzz over the years and there is a wide variety of guests on stage and in the audience.

LeBuzz also hosts over a dozen pageants every year and multiple special events including the fifth annual Marietta Pride 2014 celebration that will be held Sept. 10-13.

There is no cover before 10 p.m. for 21 and over. After 10 p.m., the cover charge is $3. On Saturday night the cover is $5 for VIP guests. There are often deals for cover charges, so watch social
media networks for announcements. And for drink specials, make sure to head to the bar and ask for Cherie Olivier, voted Best Bartender by GA Voice readers in the 2014 Best of Atlanta issue.

The weekly shows at LeBuzz in Marietta include drag queens and drag kings performing, such as Ashton Cooter. (File photo)