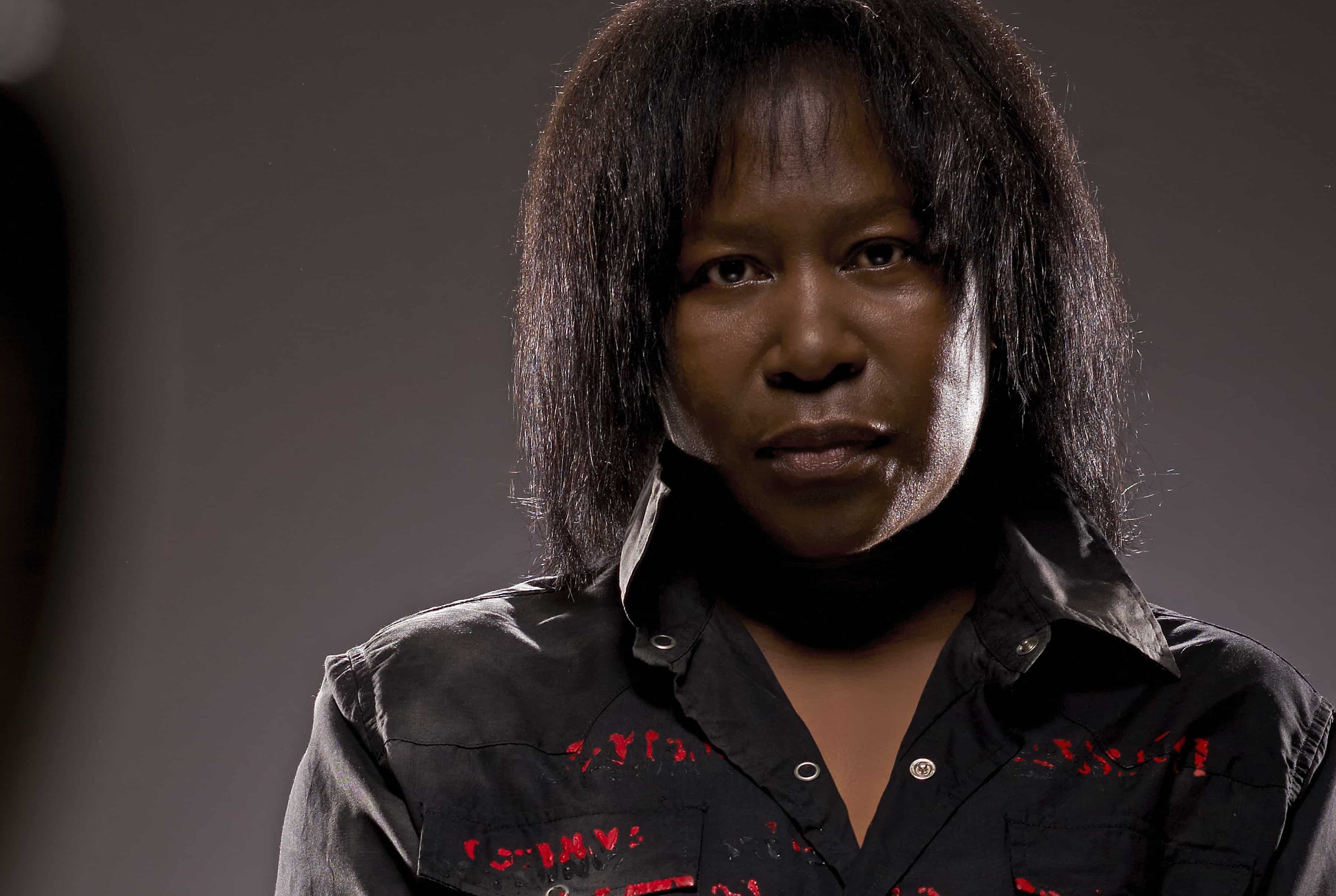 If you ask almost any lesbian or gay man to list their favorite female singer/songwriters, there are certain names that you can be sure will be included: Joni Mitchell, Kate Bush, Sarah McLachlan, Ani DiFranco, Tori Amos, and the late Laura Nyro are sure to be on the list.

Close to the top, if not at the top of those lists, will probably be British artist Joan Armatrading. A three-time Grammy Award- nominee, her trademark songs, including “Love and Affection,” “Down To Zero,” “Willow,” “Me Myself I,” “I’m Lucky,” “The Weakness In Me” and “Drop The Pilot,” to name a few, have, over the years, become part of the soundtrack to many of our lives.

Armatrading, notoriously mum about her personal life, while not officially out, did marry her longtime partner Maggie Butler in 2011. Beginning in the spring of 2015, Armatrading embarks on her final large-scale world tour. Not a retirement from touring, merely a scaling back.

She performs at Atlanta Symphony Hall on Wednesday, April 29.

Joan, if you don’t mind, I’d like to begin by putting the minds of your legion of fans at ease about this upcoming tour, which is described on your website as your “last major tour.” Does this mean you are retiring from touring altogether or that you may still occasionally perform concerts?
It’s my last major world tour. I tried to be as specific and tried to get people to understand that it wasn’t a retirement and it wasn’t a retirement from touring. It’s just that it was the last time I was going to have a major world tour on this scale. I’m 64 now. By the time the tour ends, I’ll be 65. I did the first dates for this tour in April 2014 and then the tour started seriously in September 2014. It will end at the end of 2015. That’s a lot of months! After the age of 65, I don’t want to be touring 18 months nonstop. That’s what that’s about. It’s about cutting down drastically on live concert performances. The longest I want to be on the road after this tour is a month.

The tour is also described as your first solo tour. What was the thinking behind that?
It’s the first solo world tour. The very first time I came to America, which was in 1973, I did that on my own. I’ve never done a world tour on my own. That’s quite different. Because I knew this would be the last time I would be touring as extensively as I’m touring, I thought this would be a good time to do something like that. Otherwise, I’d have to come back and say, “What I meant to say was…” [laughs].

You had already released a couple of albums before your 1976 self-titled disc became a breakthrough for you. Why do you think that was the album that changed things for you and what do you think about the album in retrospect?
I like all my albums [laughs]. I don’t know. It’s like asking why anything, really. You don’t really know. It’s that everything aligns at the right time. Really, you have no control over that. You can work towards it and you can think, “That’s what I’d like to happen,” but, in essence, you’re kind of in the lap of the gods.

Every writer has to, at some point think, “That’s the song I’ve written. That song’s going to do well.” I didn’t know that “Love and Affection,” 30-whatever years later, would still be as popular, if not more popular [laughs]. I didn’t know that. I certainly knew that it would be popular. I thought if people could hear it they would like it. I said to the record company, “That’s the song I want to be the single.” They did say to me, “Remember Joan, you asked for it.” That’s what they said to me [laughs].

Would it be fair to say you are aware of your LGBT following?
I think I’ve got a following in quite a lot of places. Whoever wants to follow my music. I know it’s a bit of a boring way that I answer, but it’s the truthful way. I want my music to be followed by as many people as possible. I’m not going to exclude anybody. I want everybody to like my music. I didn’t write my music so just my mother would like it. Or just white people or black people or short people or gay people or straight people. I want my music to be loved by everybody [laughs]. So I’m happy for everybody who likes my music. Absolutely.

Finally, Joan, in 2013 you released the album “Starlight.” Everybody wants to know if there is a new studio album in the works?

No. I’m thinking about a new studio album. But this tour is taking up all my time. This tour is different for me because it’s just me on my own. When you’re working with a band onstage, at some point, every person in the band gets a rest. I just need to concentrate on just doing this. I don’t need to be thinking that I need to write this or do this. I just want to concentrate on this part because it’s enough. After the tour is finished, I will definitely be writing. I’m looking forward to it. My concentration at the moment is just this tour.