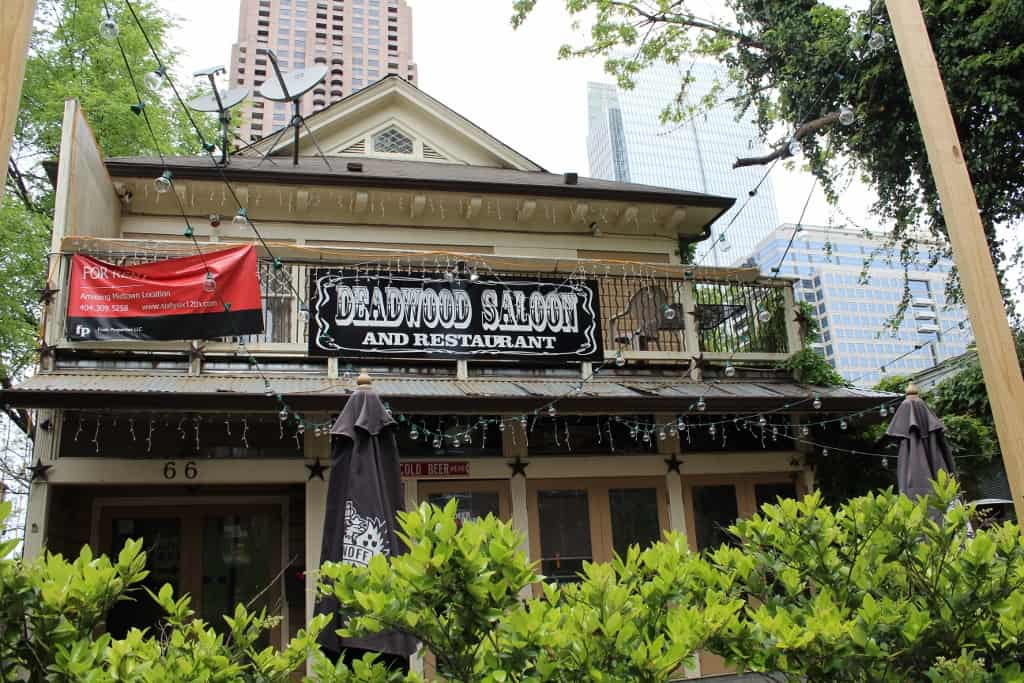 Three years ago, Jennifer Maguire and Jami Siden did a poll and started asking around on social media where the ideal location for My Sister’s Room should be. The response was overwhelmingly in favor of one area—Midtown.

“The customers just wanted us in Midtown, they said it every weekend, ‘Go to Midtown,’” says Siden.

Maguire (known in the nightlife scene as promoter and emcee Chase Daniels) and her co-owner and life partner Siden listened. And in an April 22 Facebook post, they made the big announcement that the lease had been signed and the move to Midtown was in full swing.

MSR’s new home will be located at 66 12th Street, a.k.a. the former home of Twisted Taco for 10 years and then Deadwood Saloon for five years until that lease runs out at the end of April. Maguire and Siden are shooting for a mid-July “re-grand opening” at the new location.

They bought the business from Susan Musselwhite in 2011, which was once located in Midtown and then Decatur before moving to East Atlanta.

“We didn’t know what to expect and were putting in different ideas and new things to combine the young crowd and older crowd. Business hitting the ceiling is what happened for us. We’ve done as much as we can in East Atlanta,” says Maguire, adding that the area and the neighbors have been great to them over the years.

The new space will be the same size but laid out much differently than the East Atlanta location.

The main floor will have a full service bar and a back room with billiards, darts and video games. One big change though—you can smoke in the billiards room in the East Atlanta location but the new MSR will be 100 percent smoke-free inside. However people can still light up on the patios if they prefer.

Upstairs will be another full service bar and a dance floor with a stage for comedy shows, drag shows or dancing. Customers will pay a cover to access this level, but the main level will be free to enter.

“It’s just got that feel of hey, there’s different things going on, so if you don’t want the hustle and bustle of loud late night dancing, you want something more chill, you can go down to the lower area and drink and play games and watch TV,” Maguire says.

Also look for different hours in Midtown, and no more being open only three-and-a-half days a week as they are now. They’re starting out at five days a week and aim to be open seven days a week at some point in the future.

A fenced-in area in the back will open up for special events like Atlanta Pride, making room for an additional 500 people, and they’re looking to build off the back patio and put a gazebo out there to give more of an outdoor feel like the previous location in Decatur. And look for an expanded menu, including a full brunch and a Sunday breakfast, plus college and pro football on the flat screens on Saturdays and Sundays respectively.

Now, the only thing Maguire and Siden have to do is make it all happen.

“We’re really excited to move there finally so we’ve got our work cut out for us in the next couple months,” Maguire says laughing.