These titled are known as “players titles” because they do celebrate kink, fetish and sex and do not try to hide their passion for play.

Wingo, also known as Master Mark and who is a fully professed guard for the Atlanta chapter of the Sisters of Perpetual Indulgence, said he intends to bring dignity to his title as Southeast LeatherSIR as others have before him and hopes to help the mainstream gay community understand the leather community better. 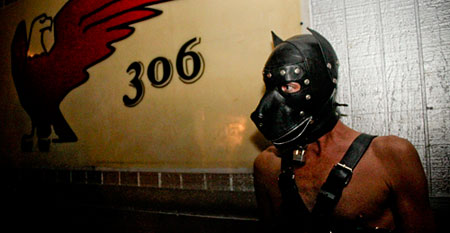 “Before I decided to compete, and even after I had to decided to compete, I always had the thought in the back of my mind that it might not have been the right move for me. But after receiving such an overwhelming amount of support from my leather brothers and sisters the Panthers and others , I realize that it was, indeed, the right move for me,” he said.

“I take this position on with utmost respect for the previous title holders and with great dignity will fulfill my duties. Yes, this is a player’s title, but I plan on using this as a platform to integrate the leather community back into the mainstream gay community and not be so segregated,” Wingo added. “Also, I want to use this title to help benefit my favorite charities, such as Lost -n- Found, Positive Impact, and have had the full support of the the Atlanta Sisters of Perpetual Indulgence. I want to thank everyone for their help in making me believe that I can succeed, not only in this competition, but in life. Anything you put your mind to can, and will, come true.” 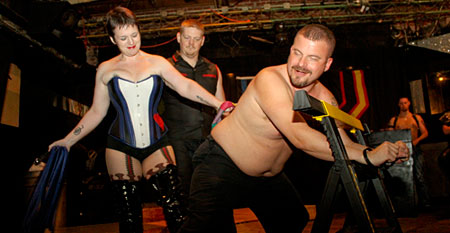 Check out more photos of the titleholder competition here.

Top photo: Attendees at the 2012 Black and Blue Weekend at the Atlanta Eagle (by Dyana Bagby)