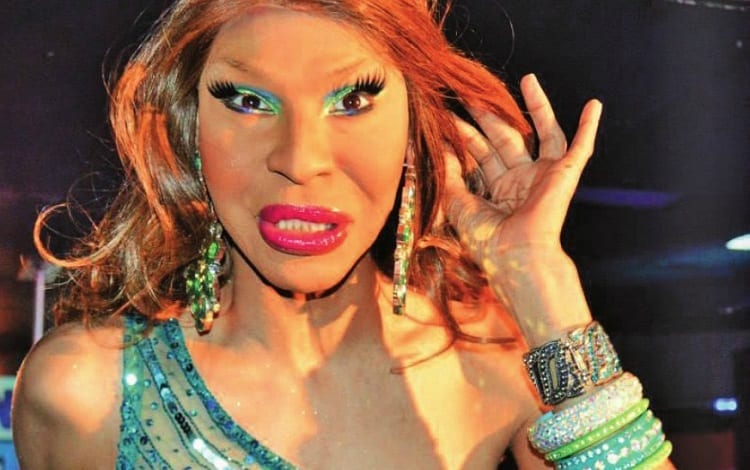 If you're making a Mount Rushmore of Atlanta drag queens, you better make room for Shawnna Brooks. And if you think Ms. Brooks has slowed down, think again. You can catch her at Burkhart's on Saturdays and at Blake's on the Park on Thursdays, Fridays and Sundays.

Where were you born?
On the planet Mars [LAUGHS]. No, Baltimore, Maryland.

How old were you when you first dressed in drag?
Five years old, on Halloween. I was Catwoman.

How old were you when you first performed publicly in drag?
I did a talent show in Fayetteville, North Carolina. And that's how I got hooked on it. I was 18.

Do you remember the song you did at the first performance?
I think it was “Eaten Alive” by Diana Ross. The applause, the crowd, the adrenaline of just being on stage was what I loved.

What's the hardest thing about being a drag performer?
Losing dear friends over the years that you've known and worked with. I have so many, you don't have enough time. I miss those kids a lot.

What's your favorite thing about being a drag performer?
Seeing someone who's had a bad day and you see them smile, and they forget about all their problems and just have a good time.

What's the biggest misconception about being a drag performer?
That we don't have lives outside of the bar. A lot of people think that's all we do is the bar. And we do have feelings.

What's the most you ever made in one night performing?
Last year somebody tipped a little over $800 for one number. That was one number. They just gave it to me in fifties when I was onstage.

How long does it take you to get dressed and get ready for a performance?
20 minutes. I've been doing it a long time honey, there's no reason it should take you three hours if you've been doing it for 20 years. Sometimes 10 [minutes] if I'm in a rush. For some people it takes hours.

If you had to pick one, what would be your all-time favorite song to perform?
I would have to say anything by Deborah Cox. I have so many sweetie, I have a medley of her stuff that I do that's always a crowd-pleaser, no matter what crowd.

Rate Atlanta's drag scene on a scale of 1 to 10.
6. And the reason why is because nowadays they're letting anybody perform. You don't have to have costumes, you don't have to basically put anything into it. They'll let anybody go onstage.