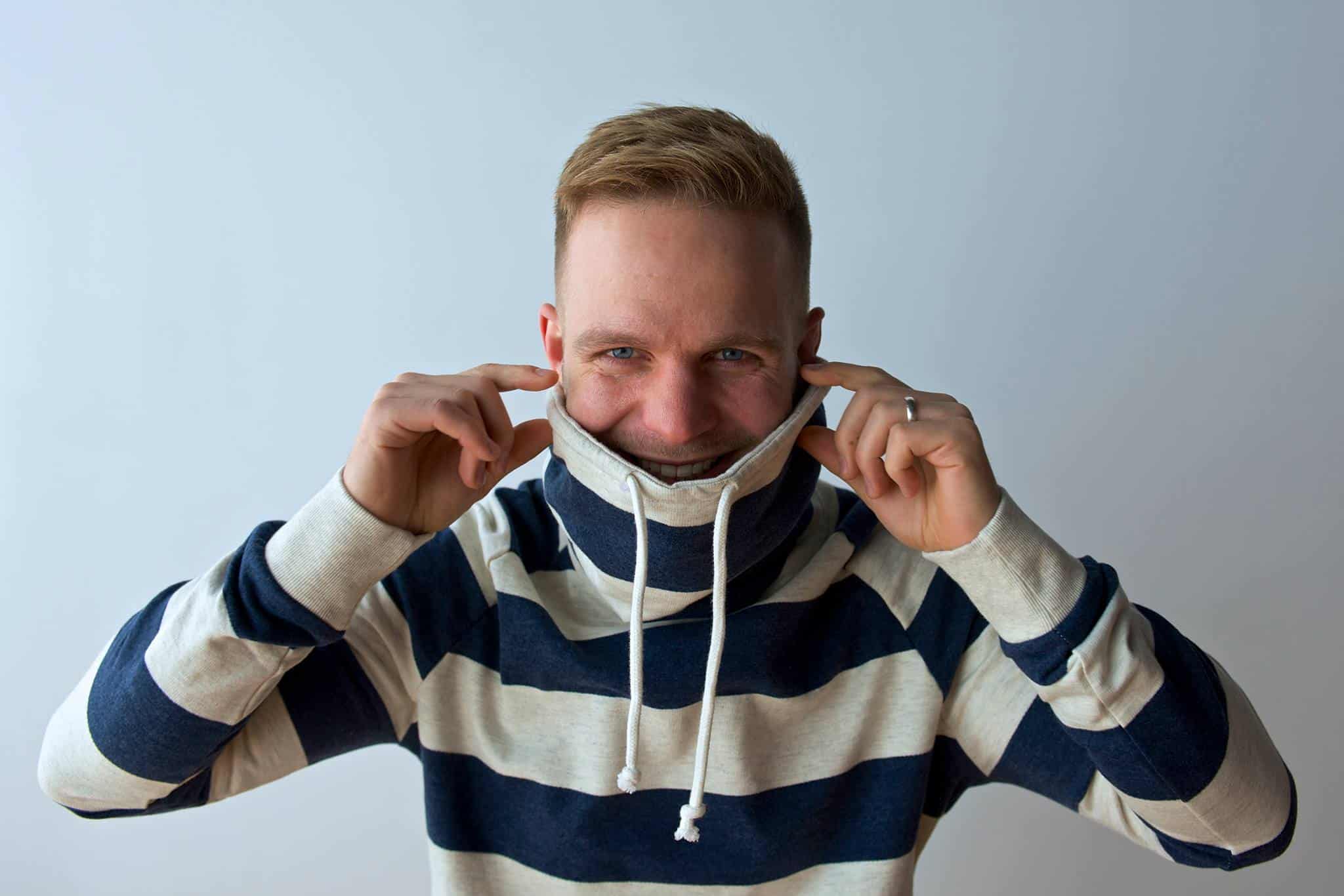 A bear is the last thing you might call the blonde-haired, blue-eyed Tom Goss, but his affinity for the gay subculture made viral waves last year when the singer-songwriter released his ode to hairy happiness, “Bears.” The song and its hilarious video opened the door to invitations to play at bear festivals across the world as well as national blog attention for his independent music career.

While touring has kept Goss busy, he somehow managed to record and release another album in the last year and is bringing those tunes to Smith’s Olde Bar on Oct. 23.

We caught up with Goss to talk about the spectrum of genres on his latest record, the Atlanta experience that found its way into the title track, and why he’ll take some ownership of the attention of the world’s bears.

You’re returning to Atlanta in support of your fourth full-length record, “Wait,” a much more plugged-in album than your last one, which you sequestered yourself in Virginia to make. Can you talk a bit about the process of writing and recording the songs?

I needed to make “Lost Songs” and “Underdogs” (the record I disappeared to Virginia to make) to come into my own as an artist and prove to myself I could do all the things I had previously hired folks to do. For “Wait,” I linked back up with Mike Ofca—who produced 2009’s “Back to Love” and 2011’s “Turn it Around”—to get back to producing a bigger sound. There was a much clearer vision on this record than previously. I also had been kicking these songs around with my band for a couple months before we went into the studio. As a result, there is a cohesiveness and maturity to the songs that wasn’t always there previously. In the past, the songs were new, they were just bones, I hired a studio band and they came to life in the studio, they were born in hours, sometimes minutes. That is also an amazing process, but “Wait” was much more organic, a slow and steady growth.

The album’s title track “Wait,” is very rockabilly and you actually give Georgia a shout-out in the song. Where in Georgia did the influence for that line come from?

(Laughs) Atlanta actually! I was having a conversation with a guy who kept dropping John Mayer’s name. The funny thing about the music business is you constantly have folks telling you what to do, telling you what to write about, telling you who to be. I took some of those experiences and pooled them together into “Wait” to poke fun at this constant struggle between art and exposure.

“You and Me” is a very heartfelt ode to the long haul—was the inspiration personal?

I always draw from my personal experience when writing music. Look, a relationship isn’t always easy, everyone knows that. What makes it possible is the idea that you’re not alone in this journey. We think of it as ‘me against the world,’ because there is so much up against you. But when you find someone special, it really becomes ‘us against the world,’ and there is solace, comfort and strength in that.

Since we last spoke, your ode to hairy happiness, “Bears,” went viral and opened up invitations to play across the world. Were you surprised that the video and song struck the chord that it did?

I’m always surprised that anyone responds to what I do (laughs). I’m just trying to write music that speaks to me. I’m trying to be authentic and honest. When other people respond to what I write, I am honored. There are so many artists out there, doing so many amazing things, I’m just happy to be a part of the mix.

Although you’re married, did the video open you up to a bunch of proposals or propositions?

Yeah. It’s silly, but I am laying mostly naked in a kiddy pool so I’ll take some of the ownership for that.

You seem very intentional with your videos — paying tribute to your husband in “You Know That I Love You,” getting artistic in “Make Believe” and then campy in “Bears”—now the video for lead single “Illuminate the Dark” features war hero turned model Alex Minsky. How did that come about?

I always try to do what’s best for the song. I also don’t put my songwriting into boxes. I write about all sorts of different topics and express that musically in many different ways. As a result I get songs with different feels and similarly, these songs call for different styles of video. Furthermore, I never want to do the same thing I’ve already done. I want to push the boundaries, learn, grow and create things that are fun, touching and unique. Videos are amazing because it gives you another avenue of artistic expression. You are creating a visual life for your song and with that you can do anything. These days, there really are no boundaries to what you can create on a budget. As a result, I’m always cooking up crazy video ideas, most don’t get made but some do!

As far as Alex, I just wrote him and he was into the idea. He was great to work with and I felt lucky to be able to work together [with him]. He really is quite inspirational. A few weeks after “Illuminate the Dark” released I ruptured my Achilles tendon, and have just recently begun walking again. That experience gave me a whole new admiration for Alex. He’s persevered in a way that I’m not sure I would be able to. He’s humble, funny, direct and honest. He’s a good man.

You’ve been very vocal in the past about the causes that are close to you—Don’t Ask Don’t Tell and marriage equality—what has Tom Goss’ attention right now?

I don’t think that has changed. I just left my job as the development director for a nonprofit that helped the homeless find jobs, housing and stability. I did that for eight years and loved it. I grew a lot in those experiences. For me, social justice is, and always has been, very important. That said, I’m not the kind of guy that gets passionate about something and then dispassionate very easily. I’m still working towards marriage equality, gender equality and compassion and empathy between socioeconomic groups . . . that will never change.

That’s a good question without a good answer. I haven’t been super into any new groups in a couple months. I think it’s because I got a new car and it has Sirius. Now I listen to Comedy Central all day laughing my head off while I drive. Most of my more recent musical exploration is in electronic and ambient music. It’s also mostly on Spotify so I’m listening to a lot of playlists that I didn’t make. I’m enjoying the women that are rocking the charts these days though, from Iggy Azalea and Charli XCX to Ariana Grande, Taylor Swift and Nicki Minaj, I’m really enjoying the bright sun shiny pop music that summertime brings. I’m intrigued by Garth Brooks’ comeback. I have never seen a more dynamic performer, and can’t wait to hear what he has up his sleeve. I’ve been enjoying Sam Smith’s emergence as one of the biggest names in pop while his sexuality isn’t an issue at all. I’m not sure I answered the question, but maybe?

That’s quite a list, so what’s next for Tom Goss?

Well, I was in a movie last fall [Rob William’s “Out To Kill”], so I’ve been exploring more along those lines. It was a fun experience and I’d love to do more video work. Speaking of video work, I shot a music video for “Wait” about eight days ago, so that should release sometime in the next three to six weeks. The Remix EP (with several remixes from “Wait”) is finishing up and should be releasing sometime in late October/early November and I’m really excited by what I’ve been hearing. It’s been amazing collaborating with DJs and hearing what their vision for my songs is. And of course touring, I’m always touring. It’s my favorite thing so I’m happy to be back on the road in September and October, meeting people and having a good time.