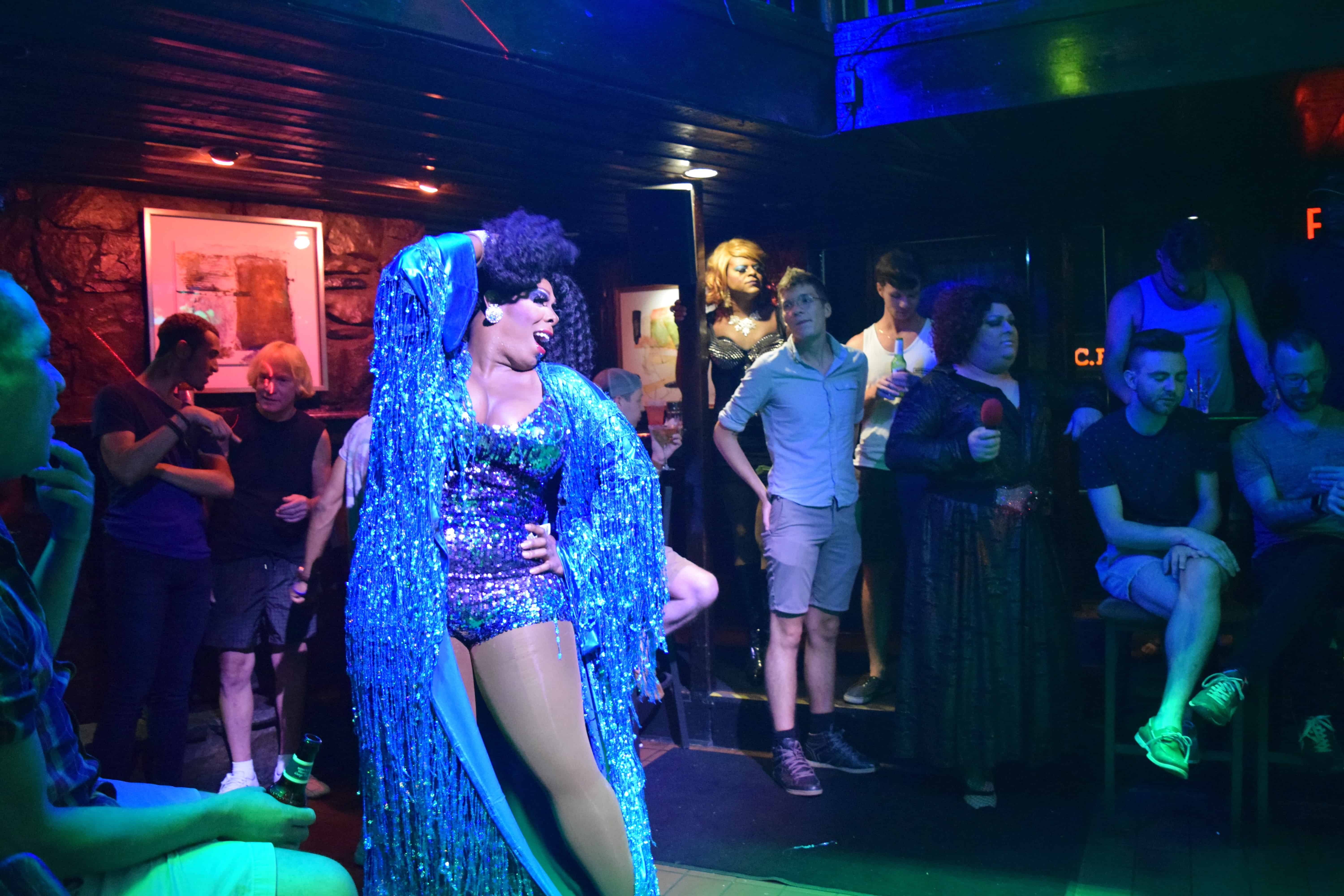 So Many Choices – A Sampling of Atlanta Nightlife

Atlanta is nationally known for its diverse nightlife, a scene that has never identified with prudence nor begged for anyone’s attention. It’s come naturally with its numerous cultures, rapid progressiveness, and still holding true to its Southern roots while holding the gritty charm of the city. And of course, strip clubs, which are (don’t get me wrong) great, but merely a single layer of the cake. We have endless options of places where we can decompress after a long week at the office, celebrate a critical achievement, mingle with a few friends or strangers, or just let loose. Atlanta’s got you.

You can keep it low key at a hole in the wall, shake your ass in a bass-drum-thumping venue, treat yourself to the finer things at a bar with an innovative (pretentious) drink menu, or revisit your wild, reckless days. The LGBTQ bar scene is phenomenal and a heavyweight contender amongst all the scenes in this country. Here are just a few of the hot spots to visit.

If you’re looking to dance with a mix of shirtless and light leather crowds, the Heretic is definitely the place to go. You’ll find a diverse mix on weekends with heavy beats from guest DJs from around the country. It’s a butch bunch, but you’ll find all types scattered about the Heretic’s labyrinth layout. 3-Legged Cowboy dancing on Thursdays draws out the ladies, too.

This legendary ATL bar isn’t called the friendliest gay bar in Atlanta for nothing. Its name reflects its atmosphere. Those who are suckers for a low-lit venue that has a jukebox, booze, pool, and a bartender who’s more than happy to tell you what they’re thinking, this is the place to be. It resides on Ponce; just a block past Ponce City Market. They are more than happy to get you sauced starting at 2pm every day. (Also: Our condolences to friends and fam of Lewis Covington, who ran the joint for a good many years. He passed on the 6th of September. Stop in and show some love for Lewis, maybe buy a round in his honor. His spirit deserves it.)

Occupying the former space of Burkhart’s, this place has surpassed the magical chemistry between its guests and the overall love for company. It’s an all-around location that has a place for you if you want to dance, to talk privately, or to feel melded between your surroundings. If you’re going to call it an early night, a late evening, or an early morning, Midtown Moon leaves you with all these options.

This venue located right in the heart of Midtown has a reputation for its stiff mixed drinks, unfettered personalities, and trap music bouncing off its walls. This bar has catered to the black gay community for years. If you’re looking to socialize, hear people tell you how it is, and let go of your inhibitions, then this is your cup of whiskey. A lot of guests are just there to dance. If you want an unforgettable experience, I’d recommend grabbing a round or five at this joint.

I have been living in Atlanta for roughly seven years, five of those being by Piedmont Park. I can’t recall a weekend where I haven’t seen Ten on Piedmont Avenue completely packed — whether it be a drag show, a DJ laying down house beats, or just conversation over cocktails. It’s a hot spot nonetheless, and you’re just a block away from our beautiful Piedmont Park. You also have the option of indoor or outdoor seating. But the weather keeps the party outside, and it most certainly will on Pride Weekend.

Now in Midtown, MSR is the longest-running lesbian bar in the Atlanta area, with nightly events that cross musical genres and performances. Non-smoking with a sports-themed menu and a fun patio. Open Monday to Friday after 5pm and Saturday and Sunday after noon. Over 21 after 8pm nightly.

Atlanta’s premier video venue hosts three different lounges for socializing with friends or hosting a party or an event. “Chill” on weeknights with piano night on Tuesdays and other weekly events, then “Sizzle” with DJs Fridays through Sundays.

Just your friendly neighborhood gay bar that features pool, darts, videos, and an eclectic handful of go-go boys on the bar and milling about. As they do.

Atlanta’s favorite little neighborhood bar. Come out for weekly events like poker and karaoke. Enjoy billiards, video games, or play a favorite song on the jukebox as the bar sings along. Known for its friendly atmosphere, great drinks, and good times, it’s “always a party.”

The home of Atlanta’s leather community for more than 30 years, this is where masters, slaves, daddies, bears, and cubs dance in the den. There’s a leather shop on site for all of your naughty needs.

Blake’s is a must for the popped-collar pretty boy. There’s not much of a dance floor, but that doesn’t stop the party. Blake’s attracts a beautiful mix of men of all ages, a fair number of women, and boasts some of the city’s most legendary drag queens. Conveniently located just off Piedmont Park.