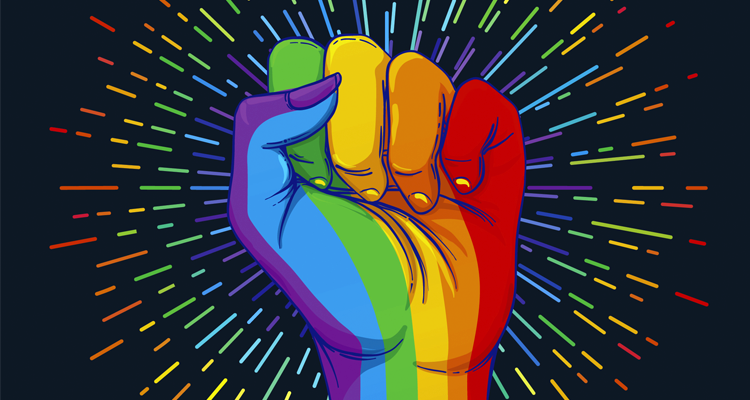 2021: A Year of Cis-Hetero Resentment

Nearly everyone is familiar with the disorientation caused by the onset of Daylight Saving Time, where it feels like it’s midnight before you’ve even thought about dinner. There’s a second half of that haze that is more overlooked: when you realize it’s 5:45pm and feel a tiny thrill by how young the night is before you feed your pet and use the restroom only to realize it’s now 11:15 and close to bedtime.

The pandemic has similarly warped time for almost two years, from not knowing which day of the week it is, to feeling as if we are still in the first year of a calendar that started in March 2020. There are moments from the viral outbreak and presidential election that feel like they happened yesterday, while the January 6 insurrection already seems like something I’d read about in my high school history book (class of ’98).

The past 12 months have also been dizzying for the LGBTQ movement. After almost a decade of court victories, corporate endorsements and unprecedented cultural clout, 2021 reminded us how many Americans consider LGBTQ acceptance compulsory.

A humorless stand-up comedy routine was all it took to show that what had seemed like an overnight victory for queer liberation was a pipe dream, with millions co-signing prejudice they felt forbidden to express outside of their friends, families, churches and other social circles. Unease with LGBTQ equality — most specifically, transgender rights — is one of the most unifying sentiments of our fractured nation, and having to silence that bigotry in the workplace, entertainment and public policy has produced an era of cis-hetero resentment.

Ever since slavery ended, many white folks have been complaining about the favoritism Black people receive, how oppressive it is to be a nonminority unable to express your true thoughts. Now that LGBTQ Americans can marry and appear in TV commercials, white Christians mischaracterize queer advancement in the same way, and they find allyship with Black Christians, Muslims of every color and even liberal, militant atheists like Bill Maher.

Just as it was beginning to feel like everyone was on our side, 2021 revealed how much it’s still LGBTQ people (and a few Supreme Court justices) against the world. At some point this year, I curtailed my social media usage, tired of scrolling upon someone I love and respect — someone who has expressed acceptance toward me — sharing a meme about protecting children from gay indoctrination or the discrimination anti-LGBTQ Christians suffer.

Yet, in the closing month of 2021, a sibling has gone to extraordinary lengths to show how vital my presence is to our family during the holidays, and a straight male friend was near tears as he talked about how my homosexual expression has made him reconsider how he navigates this world, beginning to sever the strings that allowed people’s expectations to control his actions.

These moments were Christmas miracles at the end of a forlorn year, and again make it confusing exactly which hour of LGBTQ progress we’re in.