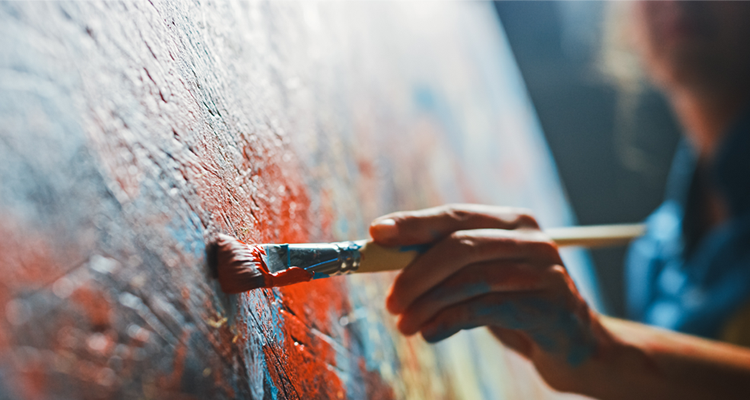 A Fear of Passion

When I was a young homo of eight years old, the woman across the street scooped me up and took me to my first Cub Scout meeting at a Catholic church. Our first den meeting began with a visit inside to see the gigantic images of the Magical Jesus being tortured and draped on some woman’s lap. Then we went outside and learned how to tie a slip knot. Then we were told if we learned how to tie enough knots, we could earn a badge to decorate our blue uniforms. Thus, tying knots became a hobby like stamp or coin collecting or erecting a tent to sleep with mosquitoes while savoring the aftertaste of marshmallows charred on sticks over an open fire while singing dumb shit.

My father, who hated camping even more than I did, was elated when I announced that I was retiring. My mother, intent on manning me up since I was five, then enrolled me in horseback riding classes, which I loved. She ended that hobby when she showed up one day and saw that everyone else in the class was a girl. Meanwhile, I had developed a secret hobby. As I’ve written before, I lay in the grass and curled into a ball in my bed and imagined myself in other places. I wrote stories about these places and intuitively hid them from my mother.

One day, Mrs. Akers, my third-grade teacher, showed up at our door. She had come by to talk to my mother about the stories I was writing. Yes, I had shown them to her and she, basically my ideal mother, had me reading them to the class. Her goal, I later learned, was to encourage my mother to enroll me in a writing class. My mother was very confused. “Why didn’t you tell me you were writing this?” she asked, predictably followed by, “And why are you spending your time writing in the first place?”

Did you know that writing about toasting marshmallows with Jesus is not masculine? My mother, who read at least one book a week, didn’t outlaw my hobby, but she wasn’t supportive for a long time. Even when I won second and third place in the state’s poetry contest at 16, she told me all the reasons why writing was going to make my life miserable. All these decades later, I can’t say she was entirely wrong, but I think the misery was in great part modeled by her.

My mother was a gifted artist who quit painting before she was 40. I asked her why and she said, “Because I wasn’t any good.” When she was in her mid-sixties, she had a stroke that left her unable to read, write, walk, or talk for the remaining 15 years of her life. Soon after her stroke, I found a handmade volume, “An Artist’s Notebook,” on a table in the living room. When I started reading it, I had the eerie feeling I was reading something I had written but didn’t remember. I asked my father, my brothers, my mother’s sisters, and the nurse where it came from. Nobody knew. It turned out to explain everything.

The thick volume was put together for a class when my mother was 16. Each page contains a single paragraph about my mother’s idealization of art, her ambitions, and her fears that if her art wasn’t perfect, she would be sucked into poverty. The illustrations — her own drawings and paintings by admired artists — reflected the same conflict. Half of them idealized domestic life (Norman Rockwell) and half idealized the surreal (Salvador Dali). Thus, the real reason my mother gave up art was because she could not reconcile her perfectionism, her thirst for art, and her thirst for money that led her to marry my father. Her life was predicted in the book.

As parents often do, she projected her frustration on me. We were estranged most of the time after I left home but had reconciled by the year before her stroke. We last spoke when she was at her summer place in Vermont. She told me she had enrolled in an art class at the university there and was happier than ever. This happened at a time when her frustration with my father had become quite obvious. Art was her declaration of independence.

In the meantime, though, I really had internalized her message that all art was an embarrassment. When I received a three-book contract just before I turned 30, I immediately developed writer’s block. While I had come to make writing and editing my occupation, I was haunted by her same feeling that she was never good enough. I was also afraid the first book would embarrass and enrage my parents and, frankly, jeopardize my inheritance. So, I defaulted on my contract (and I was disinherited anyway!). Later, in the throes of a decade-long “midlife crisis,” I pursued an M.A. and Ph.D in psychology. My goal in large part was to help other people integrate creative expression.

My mother’s experience and my own are not unique. What calls you, what enlivens you at the deepest level, inevitably causes fear. You may never even acknowledge that, instead dismissing your estrangement from it to not being good enough. It is uniquely and rather stupidly American that we think our passions should finance our lives and that we should dismiss them if not, as my mother did. I am thankful she regained happiness for a brief period before her stroke.

Find a way to increase your creative expression, stick to it, and I promise that it will positively affect your entire life — no matter your age, income, or social status.