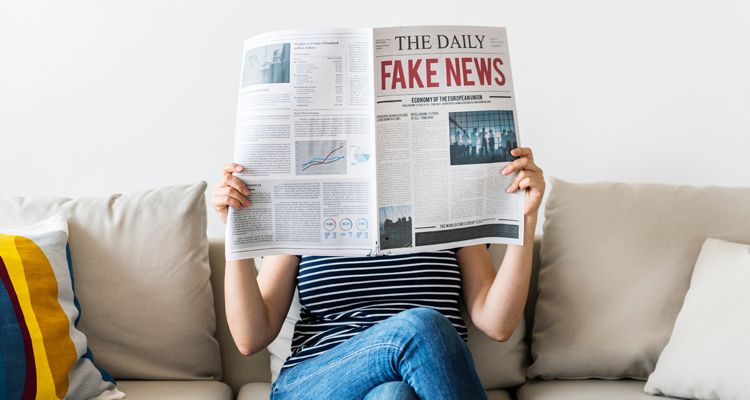 A Lack of Trust

Fake news. Those two words are something most people automatically associate with President Trump and his most cult-like followers. I have come to realize, however, that the toxic message in that phrase has also begun to permeate the blue side of the fence.

I was on a Zoom call with friends shortly after Trump became infected with COVID-19. The topic of his condition naturally came up, and a woman in the group voiced her concern, saying she wasn’t sure it was even true that he had the virus.

I was shocked, since this woman was neither a Trump supporter nor a viewer of Fox News. Nevertheless, she had been trained to doubt what was being reported.

Around this time, I also received my first guest at home in seven months. My friend came with a tailgate chair and coffee, and we sat in my driveway more than six feet apart, donning masks. I posted the event on Instagram (@melissacarteratl), and someone felt the need to respond, not in a congratulatory manner, but instead by expressing doubt that our masks were even necessary. She sent two more comments that included some video I’m sure supported her point, but I admittedly did not check it out — I was irritated by her manic need for me to see what she had to say.

The point of these two stories is that I have to give Trump credit for encouraging not only his constituents, but also his competitors not to trust the news. You see, the media was intended to serve as a watchdog for our country in case there was something sinister hiding behind the scenes in politics or business. Trump systematically using the media to get you not to trust the media has allowed him to lead many lemmings off the cliff.

Worse than that, the lack of trust we seem to have in this country for information has resulted in a lack of trust in one another. I’m sure you learned in history class of the Romans and their success with a “divide and conquer” strategy, and I see no difference in how this administration has handled the last four years. Abraham Lincoln is credited with saying, “A house divided against itself cannot stand,” referring to the looming Civil War. Yet somehow, again, we’ve allowed ourselves to be manipulated in the same fashion.

When I worked in morning radio, I heard more than once that the direction to gear what I said was toward “the lowest hanging fruit,” meaning the least intelligent of our community. I never appreciated or agreed with that wording or philosophy, but the idea stands: most people won’t take the time to try to be intelligent about most things. They’d rather get through their day with the least amount of effort as possible. I’m starting to understand the power in what my bosses wanted of me.

Here we are, with the least intelligent running the show and triggering the less intelligent reactions in all of us. Yet there are so many journalists and scientists who are tirelessly giving us the facts and direction we are seeking. We just have to raise our fruit, find them, and start believing in information and people again.