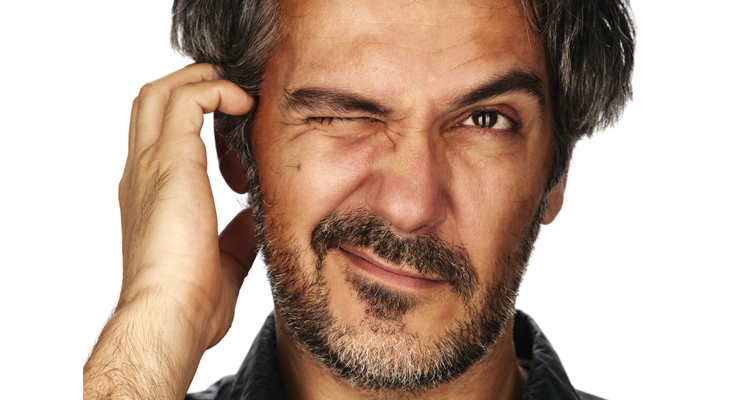 A Parable of Decrepitude

I have begun to despair at how much my life has become a cliché of decrepitude. I just had surgery to remove a cataract. I’ve had three sets of MRIs to probe a mystery of my brain. My neurosurgeon fears that something really bad is going to happen. I assure him that it already has. I’m talking about my seemingly total loss of inhibition around other people.

There was, for one recent example, the case of Our Lady of the Pickup. I was driving through Cabbagetown on my way to Bomb Biscuits when she almost hit me twice, soaring through stop signs at two different intersections. As it happened, I ended up behind her in the Krog Street Tunnel, which was backed up. I sprang out of my car and knocked on her truck window, which she lowered. I started a tirade when I noticed a child in the passenger seat. My oratory mellowed a bit as I told her that, fine, go ahead, kill me, but what about your child? Don’t you care about your child, for god’s sake?

She looked at me with drooping eyelids, said, “She’s not my child,” raised her window and directed her gaze straight ahead. There was a crucifix dangling from her mirror.

My greater problem is the complete unbridling of sarcasm, which is my family’s first language. It allows the speaker to utter vitriol cloaked in humor that totters and stumbles with age. Recently, standing endlessly in line, I turned to a complete stranger to stage-whisper, “I guess the COVID supply-chain blockage has forced CVS to hire elementary school dropouts.” Sometimes it occurs to me that I’ve been rude, and I apologize, as I did in this instance. But the dramatic apology only reinforces my status as a crazy old man. The young cashier’s feelings were genuinely hurt.

A restaurant employee graciously explained to me recently that my problem is timing. I had engaged in my usual sarcasm, but he and his boss took me seriously, really seriously. I explained I was joking. He said: “You needed to smile 10 seconds earlier to let us in on the joke.” I long for my friend Jeff who moved away years ago. He called himself my translator. Whenever we were out and I started riffing sarcastically to a stranger, he’d literally step in to fill the relatively infrequent 10-second gap that has become my norm.

But arterial blockage also paradoxically comes with largesse. Because forgetting so much unmoors you, you can get new answers to many of the important questions of your earlier life. I had a seriously profound example of this recently at Bomb Biscuits, where I was headed the day I met Our Lady of the Pickup. Owner/chef Erika Council has become nationally renowned for her biscuits. They are truly magical — not just for their taste, but also for their palpable, mysterious evocation of everything wicked and sublime in Southern culture. The café, located in Irwin Street Market across from Krog Street Market, is open 9am to 2pm Thursday through Sunday. Most order takeout, but I always hog one of the four or five tables all by myself. The staff is wonderful, and customers are always in a good mood. These biscuits are curative.

The kids began firing random questions — about the meanings of words, the existence of things — at their father, who answered them with obvious pleasure. Without even thinking, I blurted “What is god? Does god exist?” He laughed and looked me in the eyes, deeply, and said, “Yes, he does. He really does.” This was darshan in a biscuit café. I once thought I’d answered this question, but it returns with aging. The man looked completely open, inviting me to further questioning, but I looked away. I apologized for interrupting. “I want you to rest assured that god is real,” he said. They soon left. Was he a pastor?

I felt quite unsteady lifting my gigantic biscuit stuffed with actual, bona fide country ham like my uncle used to cure. It was our breakfast every Christmas morning. My mother and her six sisters also cooked it many times during summers at the beach. I yearned for my mother. A woman about my own age broke my reverie by suddenly appearing at my table. “That was quite sweet,” she said. I told her I was embarrassed. “I know,” she said, “We want to know what happens next, right?” I looked up, and she had vanished.