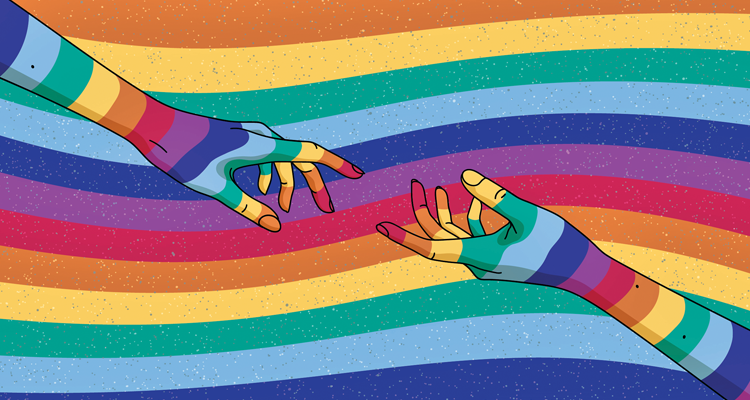 The first election I voted in was 1972, George McGovern (D) versus the soon-to-be-disgraced Dick Nixon (R). My choice? Written-in Shirley Chisholm (I) — unbought and unbossed.

I was on point.

In 2020, the intractability of difficult issues continues in a more seriously fractured society, with unwinnable wars abroad, daily revelations about scandalous and injurious White House-and-associates actions, the ongoing struggles for an entire spectrum of rights for non-majoritarian people, and reverses on environmental and animal protections.

In 1972, we did not have venomous toxins in the ubiquitous media atmosphere, reinforcing the determination of well-armed private “armies” of white supremacists just burning to ensure they and theirs are not further disempowered.

These tropes are deeply tribal and center around survival and revenge. There is an unconscious religiosity here too, not to mention obvious phallicism, given the atavistic power aspirations and the intentions behind all the deadly hardware.

I own a couple of guns — not phallic to me! — for self-defense and for the fun I have shooting at ranges (Covidly cut-off now). I’ve gone to gun shows, which are eye-poppingly anti-everything that I am and more. I can’t overstress the educational value here: true windows into the DNA of white people who believe themselves fully discriminated against and beleaguered in their own land. And who won’t stand for it anymore.

I attended an NRA convention two years ago, so let me tell you: we have reason to be concerned. The weaponry on display could outfit a large slice of “shithole” country militaries. The customized armoring of “giant hog mobiles” approach tank grade, with accommodations for bows and arrows, rifles, automatics weapons, and gas-propelled projectiles.

In my better moments, I still believe in my people, the queers: cultural and sexual nonconformists, with the best of us seeking to better the world. Yes, we have varying degrees of privilege, but at the end of the day we can all be tossed aside, sometimes violently, if our “true” nature is revealed. We know that. But we should recall that if you are not seen as human, then violating you places a check mark in the cherished “one for our side” column of rightist reasoning.

Going down fighting can be laudable when the things you fight for come from deep inside you. But the things I laud do not threaten to take lives or overthrow elections. Things I feel deeply, and have always fought for, concern positive change, inclusivity, moving beyond entrenched privilege, and protecting those unable to protect themselves, including animals and the Earth.

This horror show election matters profoundly, even more than 1972, or 1980, or any other I have voted in. How is it that some of my people still deny our interconnectedness, denigrate the “unacceptable” queers, seem to care solely for acquisitiveness, for wealth, privilege, “things”? These attitudes could cleanly fit into an armed white power rally.

May I suggest a much more inclusive Pink Power rally? It’s called a “Pride March,” followed by political and cultural presentations.

NOTE: On November 3, you will not have seen me wearing camo, toting an automatic rifle, and seethingly searching for “them”, i.e. Trump supporters, for a sanguinary showdown.