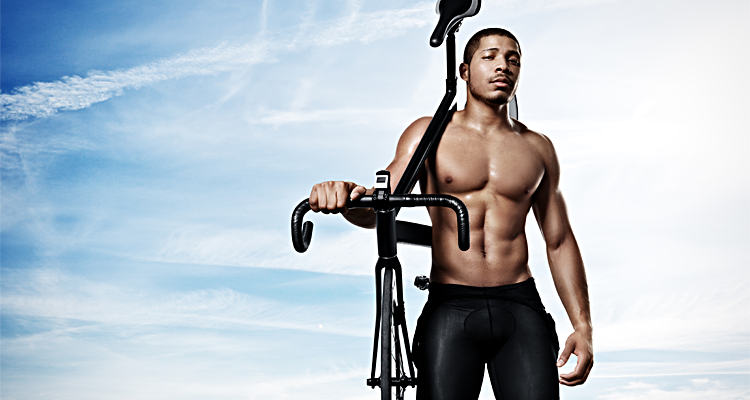 A Ride with a Global Catfish

It wasn’t until we made eye contact that I realized he was naked. I was riding my bicycle in small circles when he pulled into the parking lot where the group ride was amassing, and during one of my loops I noticed him changing clothes behind his car door.

Rather than getting a clear look at him, I noted the type of bike strapped to his vehicle so I knew who to stalk along the ride. We were 10 miles into the route and at our second pit stop when I scanned the 30 riders and saw his BMX and then him standing next to it, making me wish for a gay friend on the ride with whom to commiserate.

The only two folks I knew there were straight men, and I doubted one of them was interested in hearing about homosexual lust. I figured the other, however, who had playboy tendencies, might appreciate my hormonal dilemma.

“Imagine spotting a cute lady at the beginning of a group ride and making a note to look out for her,” I said as my friend nodded with curiosity. “And when you finally see her — BAM — she’s in a skin-toned bodysuit!”

My friend laughed because he knew the source of my horniness. While men in tight clothing is a tertiary benefit of being a gay cyclist, the sexy guy on the BMX was not wearing a standard kit, but rather a gym rat or stripper’s interpretation of cycling attire.

His muscles, penis and ass stretched the fabric in every direction, and the bulges were so distracting it took several glances before my eyes made it up to his face. My peeping turned into a full-blown stare when I realized I was looking at one of the global faces of catfishing.

Every other day, I am contacted on a gay dating app by a different profile using the muscled cyclist’s pictures. I block the profiles because they seem to be written by foreign bots, with stilted offers of massages or “hot group action,” and I’ve pitied the guys whose photos are endlessly recycled by scammers.

Just a few days earlier someone in Texas posted his photo to Twitter inquiring if he was a legit masseur, and guys from around the country affirmed it was a fake profile similar to ones they’ve seen in their areas. I’ve long wanted to meet this guy and ask about how his life is impacted by every gay man on the internet believing he either desires them or is a stunt queen.

Such a conversation is difficult to initiate with a stranger on a group bike ride, so instead I tried to stabilize my swirling thoughts by confiding in my straight friend. He was captivated by the unfolding storyline, including when the BMX rider and I exchanged names, and later when I reached out to one of the fake profiles using his photo.

“Bro, I truly appreciate you letting me get this shit off my chest,” I wrote in a text to my friend.

I often worry the acceptance LGBTQ Americans have acquired in the past two decades remains superficial. Our friends and family have accepted the theory of us not being outcasts, but we must live our lives with a candor that destroys any squeamishness they feel when we get into the nitty-gritty of how we experience this world.