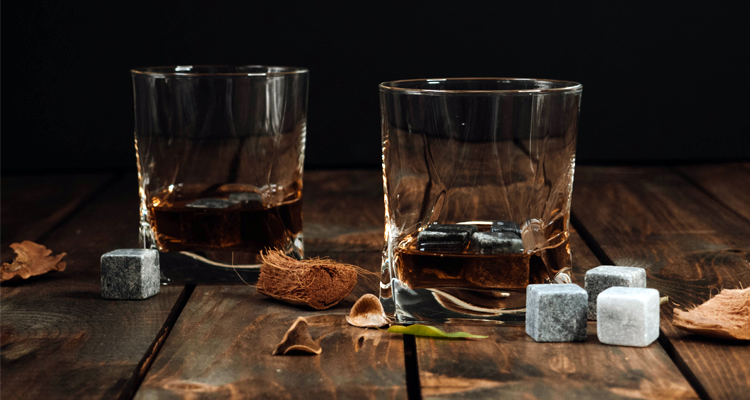 A Tale of Black Bourbon Confusion

The website AfricanAmericanHistoryMonth.gov describes this time of year as a time for paying tribute to the generations of African Americans who struggled with adversity to achieve full citizenship in American society. I believe this year, more than ever before, other races are honoring those efforts as well, especially after witnessing the atrocities of 2020. However, that doesn’t mean those of lighter skin color don’t stumble in their efforts to be allies to the Black community.

A friend of mine was in a panic last week after signing up for a Valentine’s Day event for her and her husband. Touted as a “Black bourbon” event, she assumed that meant they’d be tasting some new black-label offerings and was enthusiastic about going. Soon, she discovered the event was instead a party for Black patrons, and she struggled with whether or not she should go.

She sent me this text exchange she had with the organizers of the event, confessing she may have been too forthcoming amid her anxiety. It’s worth noting here that she is of Polynesian descent and comes from multiracial parents, one of whom is white.

Hi. I purchased tickets to the Black Bourbon event on Saturday the 13th before I realized it was an African American society. I thought maybe ‘black bourbon’ was a thing. Is that ok? I sent a message via EventBrite asking if I should ask for a refund.

An honest, respectful message to which they responded:

Thanks for messaging us. We try to be as responsive as possible. We’ll get back to you soon.

Now this is the point where she should have let it go and waited to hear back from them. But no:

We are not African American, and I am unsure how to NOT make this awkward.

Again, had she stopped here, there is still a chance she doesn’t seem too out of touch. Nope.

Is the event open to all?

Now we have tripped upon Crazy Lane.

I still think this would be a really nice thing to do … we just don’t want to intrude. I am stumbling.

Put the phone down, woman. Not a chance.

I myself am mixed race … I am so sorry if this is coming off crazy or wrong … is it ok if we come?

Do you really think she stopped texting at this point?

I nearly cry with laughter every time I see this exchange. When she shared it with me, laughing at herself, I told her the only thing missing is her telling them she had Black friends.

As a lesbian, I myself have fielded such concern from straight allies who want to come to Pride but wonder if they aren’t welcomed there. At first you are defensive and almost offended at the ignorance, yet seeing this text chain from a well-meaning and loving individual, I understand that patience is in order. Nervous allies should be handled with love and appreciation, much like the bourbon organizers eventually did with my friend. They ended up going and had a great time.