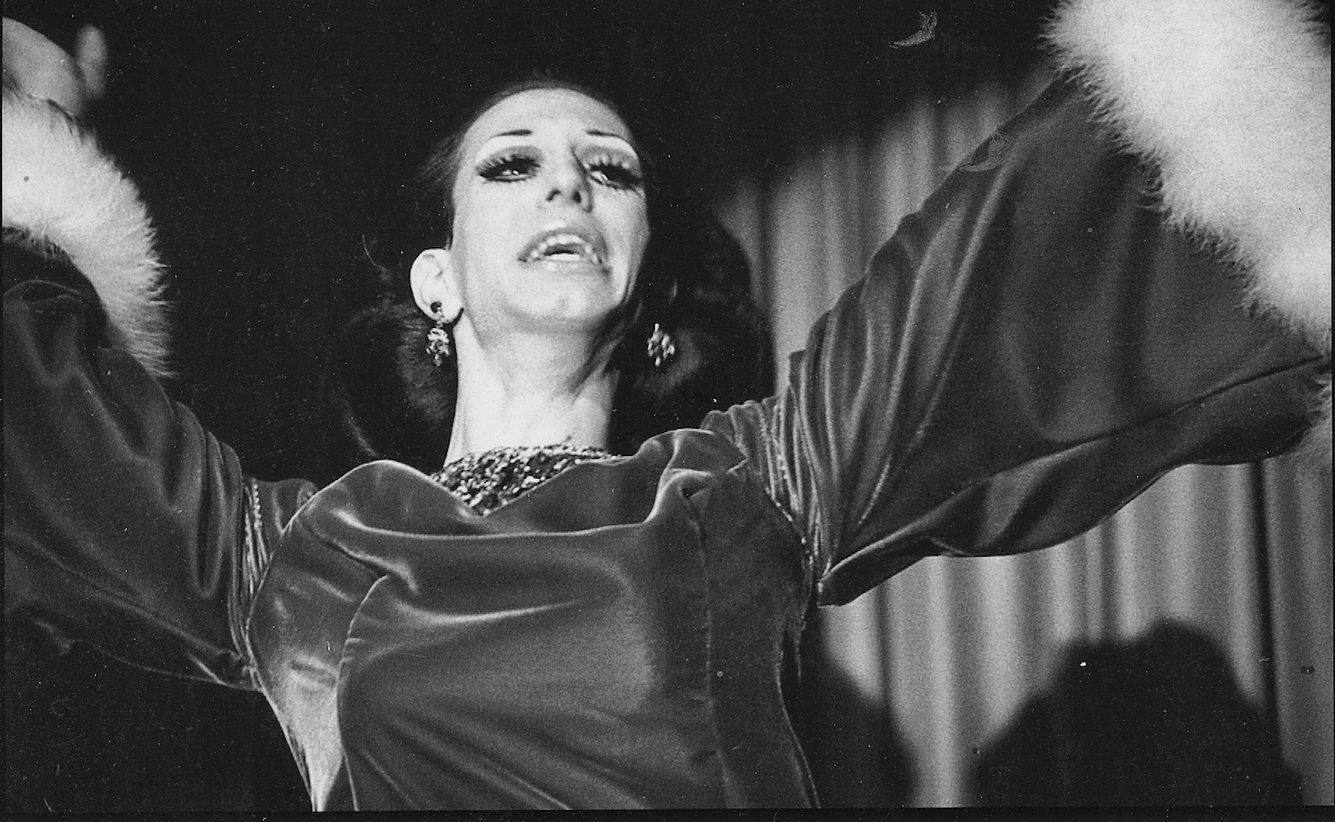 An Overview of Our Origins

Here in Atlanta, our long LGBTQ march to freedom took all the running we could do to stay in one place.

Sometimes our natural allies bailed, as in the Judy Collins song, “Send In The Clowns:”

Making my entrance again with my usual flair

Sure of my lines

No one is there.

We always have flair, at any rate.

McAuliffe and company defied the Metropolitan Community Church (now the City of Light). When MCC founder Troy Perry came to town and warned “the devil is on the rampage,” it was confusing as to who we were supposed to be: saints or sinners.

Our story here is of standing up to the Bible Belt and prevailing.

They were prescient, as a couple of years later the University of Georgia Board of Regents mustered all their might to boot the UGA Committee on Gay Education (COGE) off campus. COGE head Bill Green fled from death threats, but the COGE endured thanks to foot soldiers from Atlanta and Athens. Under heavy police presence, drag diva Diamond Lil headlined a benefit, showing how pivotal drag and gender nonconforming are to our freedoms, not only for us but for everyone.

Not forgotten is GGLF stalwart Severin, also known as Paul Dolan, starring in our events as he croaked his own composition “I’m Tired of Straight Men Fucking Over Me!” Severin reveled in performing “cosmic drag” in an evening gown and a prodigious black moustache, defiantly nonbinary before we had words for it. Years later he was featured in the 1994 25th anniversary Pride Exhibit at the Seagram Building in New York, as an ecstatic unidentified protester.

Berl Boykin recounted to me how our “city too busy to hate” refused a permit for the first Atlanta Pride in 1971, forcing the 125 participants to “march” on the sidewalks and stop for every traffic light. When the GGLF appealed to the Georgia ACLU for their help, the local ACLU sneered, “you are not a minority.”

In this age of Trump, we’ve come a long way, baby.

On July 14, 1971, GGLF’s Boykin and Bill Smith and Klaus Smith met with then-Governor Jimmy Carter to advocate for LGBTQ legislation. Later Boykin laughed uproariously — an excellent strategy — as Carter turned all colors of the rainbow, thundering, “No!”

Carter somewhat redeemed himself in December 2004, when Berl and I camped out at the Carter Center until someone would speak to us. Georgia had just passed a constitutional amendment outlawing same sex marriage, and we asked Carter to come out for same sex civil unions. Perhaps as expiation for July 14, 1971, he did.

Happily ever after, we did secure a permit for the 1972 Pride, and about 400 folks rallied behind GGLF co-chairs Bill Smith and Judy Lambert. Accentuating our “B,” Judy and her husband Phil stood as a proudly bisexual married couple. That summer Lorraine Fontana and others created Georgia’s first lesbian organization, Atlanta Lesbian and Feminist Alliance (ALFA), as “gay” alone did not speak to all our diversity. In 1979 the Gay Atlanta Minority Association (GAMA) also emerged for people of color.

Yet there was drama. We alerted The Cove and the Sweet Gum Head gay bars that we were coming to leaflet about Pride, and the manager, Frank Powell, said “we don’t want any of that radical shit in our bars!” The Sweet Gum Head calmly escorted us out the door, but the Cove goons physically tossed us through the air and out onto the parking lot. After a peaceful Pride march, some of the bars came around, and by the end of the 1970s we were registering voters at Bulldog’s and at the Sweet Gum Head.

Bill Smith succeeded Charlie on the CRC in 1973, and the rest is history and herstory.