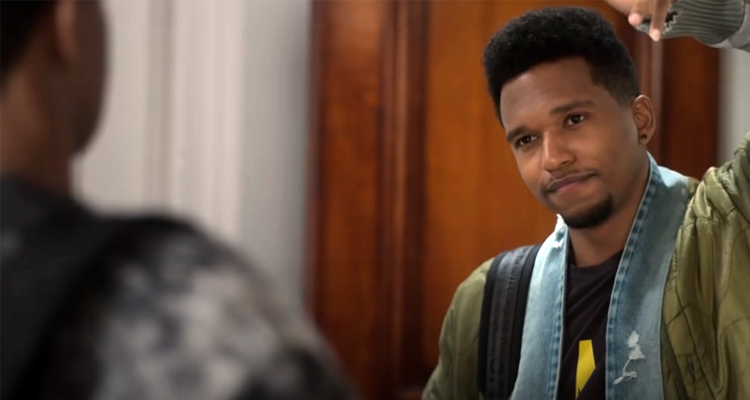 As Seen on TV

Although our society increasingly feels like it is about to shatter, there remains bipartisan, cross-cultural unity in the paranoia many Americans feel toward LGBTQ folks. My social media timeline — which almost exclusively features progressive acquaintances and family members — frequently reads like the newsletter for One Million Moms, a far-right Christian group that believes kids can turn queer after seeing lesbians in a yogurt commercial.

I’ve lived without cable for more than a decade and haven’t seen many of television’s most iconic shows, but I often develop a skeletal understanding of various series by scrolling through the digest of reactions and online discussions they spark. Based on the rhythm of these reactions, a wildly popular TV show usually starts shedding fans toward the end of season one or early in season two when it “starts pushing all of that gay shit.”

For many, any form of LGBTQ representation is propaganda, part of Hollywood’s plot to confuse their children and undermine their god. However, the sight of a Black gay character triggers a pungent resentment from those who believe such depictions are an assault on Black manhood, a state of being too regularly vilified or emasculated.

Fox’s “Empire” was the breakout show of 2015 as it chronicled a drug-funded music company headed by an ex-con who is shot by her murderous ex-husband in the pilot episode; but as the series began to include more storylines about that dysfunctional couple’s gay son, many viewers suddenly remembered they were sanctified and worried about the immorality being forced upon them and their families.

“P-Valley’s” Uncle Clifford is the most recent Black gay character used as evidence that LGBTQ acceptance has gone too far, because apparently a flamboyant gay man is too provocative for a TV series about a strip club.

The day after an episode of “Power Book II: Ghost” depicted a “gay sex scene” that climaxed in penetrating eye contact, French kissing and shirtless petting, I saw calls for TV monitors to create a specific viewer advisory for same-sex intimacy. One of my dearest cousins, who I have no doubt views me with reciprocal favor, recently shared a popular meme where Black shows are used by Hollywood as a Trojan horse to trick Black audiences into accepting the “gay shit” that lurks within the script.

“It irks my spirit! I’m sick of it!” commented a woman who will undoubtedly be voting for Joe Biden next month.

“So unnecessary!” and “So unneeded” wrote two other women who would never consider themselves as bigoted as Trump supporters. A male commenter went full-blown homophobe in response to “Power”: “Them bastards finessed us. Introduced three damn sissies in the same episode.”

As always, children provide ideal cover for adults’ intolerance. Objections to LGBTQ inclusion in television shows center on propriety rather than prejudice, although plenty of folks get as agitated by an LGBTQ character on “Clifford the Big Red Dog” as they do when a so-called gay sex scene pops up on a show for mature audiences.

Even heterosexuals who might kiki at “Pose” or cry at “David Makes Man” are not necessarily opposed to ghettoizing Black LGBTQ content, where audiences can voluntarily explore such projects but see infusing LGBTQ themes into “normal” programming as invasive. However, it’s not a coincidence that LGBTQ tokenism on television originated with MTV’S “The Real World.”

There is not a Black family, neighborhood or nation without LGBTQ people in its bloodline or borders. Their existence and experiences have long been unspeakable, and I understand how startling it can be to see and hear their stories being told; and the disorientation of something you were always taught was sinful suddenly being celebrated; and how threatening it feels when a group of people whose inferiority you’ve always taken for granted suggests their testimony is as worthy as yours.

LGBTQ characters and storylines have challenged viewers’ preconceptions and facilitated conversations that some families were otherwise unable to have, but we cannot rely on fictional scripts to tell our stories. The more of ourselves, our authentic culture and our pride we share with loved ones and social circles, the less disturbed they might be by what they see on TV.