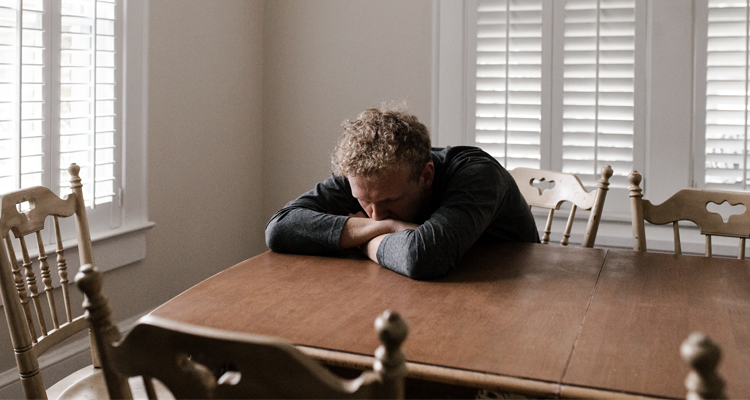 Be Nicer to All the Sad Young Men

When I was 21 and just out of college, I took a newspaper job in a Southern Gothic town. I wrote all the news, took all the photos and made engravings of them, sold all the ads, even cast my own headlines in lead, and made extra money by photographing dead people at crime and accident scenes. I was dizzy all the time — to the extent I went to the emergency room one day and they told me I had the “common problem” of blood that was too thick. They convinced me to come in weekly to get some of my blood drained (leeches were not used). My dizziness continued. I drove home to Atlanta to see my doctor here, who handed me two prescriptions — one for Valium to curb my anxiety-caused hyperventilation and one that said, “Get out of that hell hole.” Which I did.

My plan was to enroll in grad school at UGA, so I headed there one day to look for a place to live. I stopped by a tiny weekly newspaper in Oconee County to ask if they needed any part-time help. “We don’t need any part-time help, but you could be editor, if you like.” Sure, why not?

Did I mention that I was married at 20? My wife, Lulu, wasn’t happy when I rented a small house on a barely traveled road that sat in front of a chicken house three times its size, next to a pasture full of goats. After a year, we moved to Athens, but we soon needed more money. So, we moved to another small town for two years.

My parents said from the start, “You were awarded a fellowship to Yale. We sent you to live in New York, and you were offered incredible jobs. You rejected the fellowship and turned down the jobs. Why are you living in these hell holes?” Honestly, I wasn’t really sure. Homosexuality can be so elusive to those unwantedly gifted with it.

When we were living in Athens, Lulu and I went to an Italian restaurant and piano bar every Friday night. One night, the pianist sang the strangely melancholic “Ballad of the Sad Young Men.” I’d never heard it, and I can honestly say very little has ever engulfed me with so much grief so quickly. My blind heart’s yearning suddenly broke into full view. The merciless singer took to performing the song every time I walked through the door!

The song describes the lonely life of gay men, sitting in a bar, at a time when gay love was all but impossible: “All the sad young men, seek a certain smile/Someone they can hold, for just a little while/Tired little girl, does the best she can/Trying to be gay, for a sad young man.” While there’s been a 50-year debate about whether the song really describes gay men or the entire lost generation of post-war young men, it became a gay anthem of grief that paradoxically drove the hedonistic ’70s. The song opened my eyes to myself in the way a mirror gives a child his first comprehensive view of himself. I knew my gay “impulses” were forbidden enough to get me into big trouble, but I never understood the toll their denial took on me. Eventually, I realized my entire life was built around avoiding the truth of love.

The song obviously answered my parents’ practical questions. I ran away from Yale, from New York, and much more because I was invariably confronted by my yearning for unlawful love. After I found safety in marriage, I for a time waved this away as impulse — like craving a candy bar now and then. It was two years before I really understood that I married and dragged my wife, an immigrant, to a place where I thought I could hide from everything. It didn’t work, of course. Our marriage ended after barely five years.

Why am I telling you this story? It’s about history. I wrote a column a year ago about the pleasure of nostalgia, constructing memories of what it was like to be gay in years past. I love that, but it too often comes with the grueling complaints of the elders about the youngsters: They don’t appreciate how hard we worked for the freedom they have. They don’t even know how much incredible fun we had. The bars are all closing so they don’t have any sense of community. They shouldn’t call themselves queer. They take everything for granted, spend all their time onscreen and don’t know what it’s like to connect in person. On it goes, substituting so much toxic amnesia, fabrication, and envy for real inquiry and support.

I can agree that disapproval of younger generations is rooted in the DNA and activated as soon as a human says something like, “Age is just a number.” But the story of queer people still mainly begins in isolation and pain: standing alone on the playground, being bullied, or forced to conform. And, most depressing, we too often treat our own kind, like the queer young, much the way we were treated. That makes us blind as well as old and far from wise.