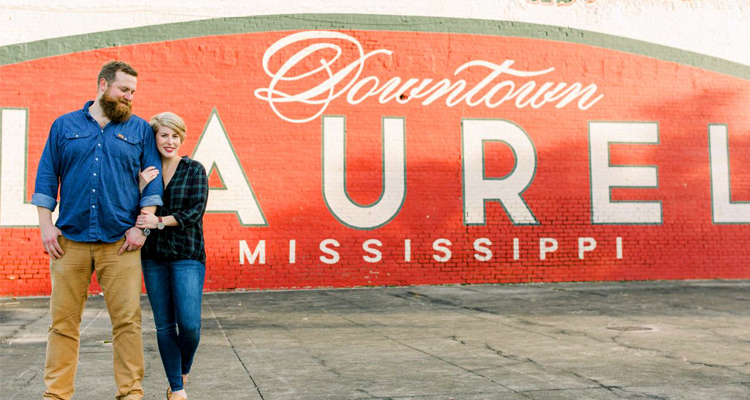 The Napiers star in HGTV’s “Home Town.” Photo via HGTV

Recently, I was back in the United States — Texas, to be exact — and as any Texan will tell you, it is its own thing. While visiting my ailing father, we watched television together, and I came across a show on HGTV that caught my imagination. “Home Town” is set in Laurel, Mississippi, and stars the real-life married couple, the Napiers. The show’s concept is that they love the small Southern town they live in and go about fixing up old houses in the historic center. For someone such as myself, who has a love of architecture as well as a nostalgic soft spot for my own small town back in South Carolina, “Home Town” mashed the pleasure button in my cerebral cortex.

Granted, the show is not without its problems. The Napiers are white and Laurel is a predominantly Black town, so there is a bit of a “white savior” complex that manifests itself in the series. But although they are Christian (Methodist, which my Presbyterian family used to call “Baptists who could read and write”), they also support Black Lives Matter (BLM), and the husband ran for local political office before the show began as an “independent” (read: Democrat, but you can’t win as a Democrat in Mississippi) and lost. Mostly the show is a feel-good celebration of Southern small towns, or rather, the modern, sanitized feel-good version of small towns in the South that we would like to believe exists.

It made me wonder if this is the future of the South, despite the acrimony evident in the past decade with the obvious cleavage in the country between two distinct political and cultural camps. Is there a way at the micro level, within rural small town America, to forge a new identity that transcends what we are seeing tear us apart nationally? Just what exactly is “Southern” in contemporary America? Finally, I ask you, can one become Southern?

Looking again back at my home state of South Carolina, what is it that makes one a South Carolinian? One might point to the local traditions that only natives might know. For instance, does someone know what the “shag” is? If so, do they know how to dance it, and do they like that kind of music? An affirmative to all of those questions would definitely indicate that the person was most likely a South Carolinian, but would also probably reveal that they were a white, middle-class baby boomer, and not at all representative of the larger demographics happening in the state as a whole. In 1900, South Carolina had the nation’s highest percentage of people living in the state who were born there (95%), whereas by 2012 it was wedged in the middle (58.6%) next to Georgia (55.2%).

Today’s South Carolinians (and Georgians) include college-educated professionals who have traveled the world and are just as sophisticated culturally as many a New Yorker, but there are also plenty of small town natives who have rarely ventured farther than to Columbia or Atlanta.

What makes “Home Town” compelling for me is that the Napiers strive to maintain the soul not only of the town of Laurel, but also of the homes they are renovating. By keeping the essentials, the positive aspects of tradition that make a space a “place,” they are building a positive vision of the future by celebrating the past. It is why, in the case of Atlanta, the BeltLine has been such a success, at least in the original idea of the BeltLine that sought to safeguard the existing residents during the redevelopment of the neglected and abandoned industrial buildings. Keeping the “soul” of the neighborhood has to be the foundation for such rehabilitations, and it’s why “New Urbanism” developments such as Serenbe and other sterile, gated communities are problematic.

Instead of easily falling into the blue camp (big city, liberal, secular) or the red camp (small town, conservative, religious), “Home Town” is showing the wider viewing audience that people can celebrate being Southern no matter their background. Taking pride in the natural beauty of local forests, rivers, parks, and gardens, conserving traditions in cooking and hospitality, living a life of quiet charity and humble love for their neighbors are common themes in the series and worked as a salve for this viewer.

If there is hope for America’s future, it will have to come from the painstakingly slow changes in rural small towns such as Laurel, Mississippi, where a new kind of Southern culture is emerging one renovated home at a time.