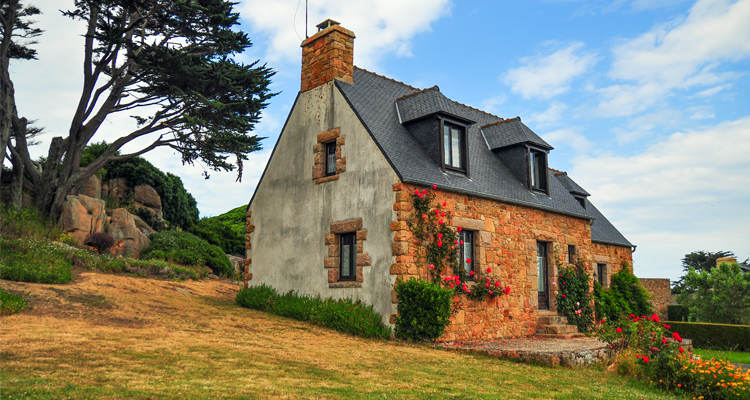 To quote Alex Baldwin’s character, Jack Donaghy, from NBC’s 30 Rock, “With real estate there are no rules, it’s like check-in at an Italian airport.” As such, the current seller’s market seems to favor those with the sharpest elbows and fattest wallets.

We began our search to buy an apartment in Paris years ago. As you can imagine, the cost for an apartment in the City of Lights is astronomical, with the cost per square foot in most of the city exceeding $1,000. The consequence of this fact was to limit our research to apartments that averaged between 250 to 450 square feet. Yes, I know. Studios with a kitchen in a good neighborhood, or even better with a small bedroom off a main room became the Holy Grail for us. We saw innumerable apartments from the Bastille to the Boulevard Saint-Germain before we finally found one that was perfect at a price we thought fair. In the heart of the third arrondissement was this precious second-floor apartment that had hardwood floors, a small but functional kitchen, a large living room and acceptable bedroom in a good neighborhood. We made the offer immediately, and the clunky apparatus of the French bureaucracy kicked into motion.

One of the first things an American realizes when doing anything in France is the amount of paperwork involved. Original copies of various documents, signed and stamped by clerks, notaries, and officials are shoveled into the voracious gaping abyss of our “dossier” and as a deadline approaches the communication silence is broken by a frantic demand for yet another piece of paper in a seemingly endless shuffle of affidavits, responsibility, and the elusive prize of a piece of Paris real estate.

Once the process begins, unlike in the U.S. where the buyer already has a pretty good idea about what they can afford because their bank is their actual partner, in France the seller is at the mercy of the buyer to come up with the financing because French banks don’t pre-approve loans for real estate. Besides requiring a down payment of at least 20 percent of the agreed-upon price, the buyer in search of a loan must present as little risk as possible to be approved. Self-employed, gay foreigners working in a cyclical industry are apparently among the riskiest applicants, which we found out the hard way. The stress level of having dozens of documents submitted to a marginally competent loan officer mounted daily as the three-month deadline approached to have the funds in hand, only to be denied by the banks we had approached.

As horrible a let-down we felt when our “dream home” in Paris evaporated, it must have been even more difficult for the hapless sellers who had to start over in the game of Three-card Monte that is Paris real estate.

Frustrated at the prospect of going through the process again in order to buy what is essentially a glorified broom closet, we decided to focus our sights on more attainable properties. While Paris remains prohibitively expensive, the rest of France is significantly less so. My husband and I decided to look for a house in a charming village. We began taking weekend trips to various corners of France, refining our criteria for what exactly we were looking for. After a couple of years, we decided we wanted to have a charming older house in a functioning village (this being France, a functioning village is defined as having a bakery within walking distance, as well as several cafes, a pharmacy, and hospital access within a 40-minute drive). We settled on the historic region of Brittany in the west of the country, a three-hour escape from Paris by way of high-speed train.

The COVID pandemic created a mini migration of Parisians in search of country living, to be surrounded by fresh air and nature instead of coughing strangers and pollution. As a result, there has been a spike in real estate prices for the most desirable houses, but the asking prices are still much lower than Paris prices. We found a cute older house with a huge yard in a seaside village for $174 per square foot (so, about one-sixth of Paris’ cost). It is a bit of a fixer-upper, having not been updated since the 1970s, but that will be part of the fun for us as we make this house into our home.

We’ll begin the renovation work later this year, but in the meantime, we’ll be getting our morning croissants and daily dose of gossip at the boulangerie down the street and biking down to the harbor and beach, leaving the troubles of Paris behind us. Sometimes it ends up better not getting what you initially wanted, or at least that is the lesson we have taken from the whole experience. I’m sure even Jack Donaghy would approve.