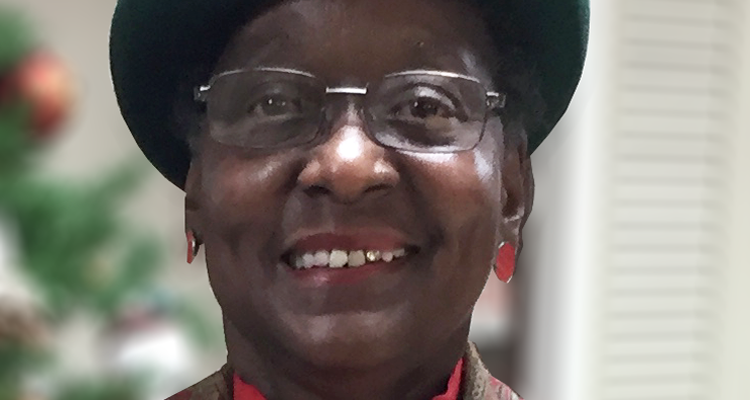 Carolyn Mobley: How a Little Black Girl Grew into a Large Presence

This is the story of a little Black girl born in the segregated South who becomes a large presence in Atlanta queer history and the history of national the Metropolitan Community Church.

Carolyn Mobley was born on December 17, 1948, in the tiny town of Sanford in Central Florida, the granddaughter of a Baptist preacher. In her own words, this is Mobley’s story:

Living under segregation in a thoroughly Black community, I was only mildly aware of the sting of racism. All the churches and schools, teachers and preachers, everywhere there was the Black community.

White people were on TV — and TV was not real. They were not real until integration was struggled for.

But when Martin Luther King [Jr.] was killed, I cried. Why? I was at a predominantly white Southern Baptist college in Abilene, Texas, and the attitude was, “He got what he deserved, he was a Communist, leading them astray.” So, I was hated for wanting a better life.

I’d had feelings for girls since elementary school. I had to look up “homosexuality.” But I had a dream about my babysitter, she would go out with a man, he would try to kiss her, I would fly in like superwoman, beat him up, scoop her up, and fly [away].

When I was 10 years old, I wanted Jesus to be in my heart and my life. And it stuck! I said I will give my life to teaching people about God.

At college, I could not walk across campus in gym shorts, and there was no alcohol or cigarettes. But at graduation, I’m 21, and it’s time to see what it means to have sex.

I came out when I went home that summer. Mom was like “Let me get you birth control, you can have sex with a man.” And I said, “I’ll have sex one time, but please, Mom … I will never get married, I want to be with a woman, end of story.”

She was crying. I [went] into therapy for Mom: two sessions, with this Euro man. He said I’m not sick, or crazy, so I should figure out what I want and do it.

I read an article on a gay church in California — and Atlanta. 1973 was my freshman year in Seminary, at [Interdenominational Theological College]. There was a Euro man in this Black seminary. He was the Assistant Pastor in a brand new [Metropolitan Community Church] here.

I was commissioned as a Home Missionary by the Baptists in the morning and went to MCC in the afternoon! In that Missionary capacity, we were at the Anita Bryant rally [at the Georgia World Congress Center on June 11, 1978] — on the wrong side of the barricade! I said, “I won’t be caught on the wrong side again!”

One day, I was called in, and they said I was suspected of being gay, and therefore, I was fired!

But MCC becomes more important than the Black church where I cannot be openly gay. And MCC uses inclusive language, multiple non-sexist words for “God.” And there were women as pastors.

I found the Black queer community here very closeted and hard to get into; Black gay women were afraid I’d out them! I decided to focus on MCC and the [Atlanta Lesbian Feminist Alliance].

While trying to get info on Women and Gay Rights, I went to the ALFA house. I looked at the library books and made friends. It was a place of learning, community, and sharing info.

And I was with the Atlanta Women’s Chorus for 10 formative years — also, the Lambda Chorale.

It [all] helped me feel good about who I was, to shift from being ashamed to real pride. I became more comfortable in my skin — Black skin. But even bigger than skin and culture, everyone needs to be accepted and understood.

I met Adrian here in Atlanta, where she’d been at Candler Theological. We had our Holy Union in 1998. I made the promise and have not been unfaithful since. We married again in 2015.

From 2006 to 2016, I served three congregations over three states, which included Washington, D.C., and Richmond, Virginia. I had to drive for Lyft to make ends meet.

I wanted to be a founding pastor, (and was tired of being bounced state to state). We came to Breath of Life Spiritual Center MCC here in Saginaw, Michigan for that.

Carolyn has done much in her lifetime, including establishing and nourishing local and national entities. Her life attests to how an individual from unprepossessing circumstances can make historic changes in the secular and sacred realms.