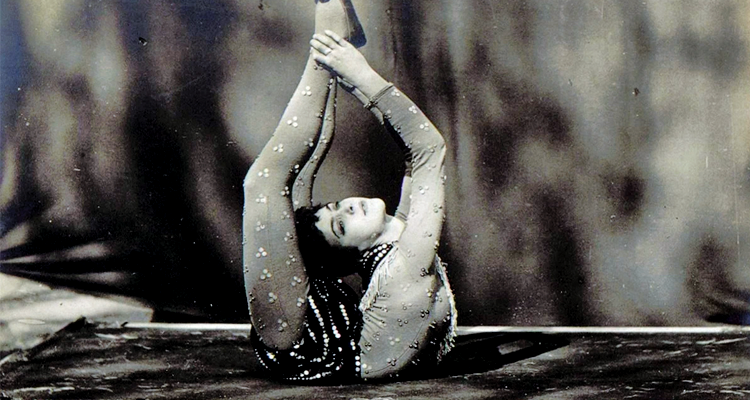 It goes without saying that queer historians wade hip-deep through the sweep of time and know that all too often the stories of our lives get erased, as if we never existed. And that fact means we must tease out threads from the places and times where we can find our people, even if the accounts of our lives yield only partial glimpses.

To comprehend Cha-U-Kao’s significance, we need to understand what it meant to live in her pivotal time period, in a neighborhood that unintentionally but undeniably became the locus of pleasure and possibilities.

Fin de siècle means “end of the century,” and here was the fundamental moment when the 19th century raced headlong into the 20th. And the times they were a changin’, at a frenetic pace.

Technology now lights up cities, creates factories that displace some workers and employ masses of others, and it permits travel and communications not previously possible. New wealth amasses and changes global finance and geopolitics, which in turn reshapes societies and changes nations. Ideas and information move everywhere, across oceans of newspapers, magazines, telegraphs, books, photographs, museums. Artists and thinkers take big chances, and women and colonized peoples demand change both risky and radical.

And here is the Montmartre: a working-class neighborhood of Paris where a unique and heady brew of all of these forces mates with the wealthy and bored class, the sardonic and anarchic, and everyone looking for exceedingly adult excitement and entertainments (wags will later say the Decadents, the Aesthetes, the Pessimists and the Romantics all took rooms in the Montmartre).

People here openly challenge bourgeoise sex roles and sexual morality, and things move even faster as the censorship laws loosen (in 1881), enough so that open lesbians and their establishments such as La Hanneton (The Beetle), La Souris (The Mouse) and Le Rat Mort (The Dead Rat) become visible. Tourist guides openly describe these places and their neighborhoods in publications such as Guide des Plaisirs à Paris (Pleasure Guide to Paris). There are even mentions of houses of prostitution for lesbians.

We find Cha-U-Kao, the entertainer, amid this febrile mix. We know nothing of her background, not even her birth name, place or year. She’s said to be Chinese, while others say Japanese, based on her name. But this name actually derives from the phonetic transcription of 1) the eroticized version of the cancan dance called le chahut (the ruckus or riot) and 2) Chaos. (The word Chaos in French means the same as in English, but the pronunciation is more like “Kao”)

Cha-U-Kao began her career defying convention, performing as a clown and an acrobatic contortionist. Men almost always performed these roles, and in fact it would be decades before women truly followed in her tracks. Indeed, the eyebrow-raising newness of her role causes Toulouse-Lautrec to affectionately call her “the clown with tits.”

The photograph Maurice Guibert takes of her, somewhere around 1892, shows a performer in a Cirque du Soleil-ish extreme contortionist pose. She begins face down, but then her hips remain on the ground while her torso arches skyward, such that her head meets the backs of her thighs while her hands grasp her ankles, forming a teardrop shape.

Cha-U-Kao performs at the Nouveau Cirque, where electric lighting and a hydraulic system for aquatic stunts thrills audiences. And as a popular entertainer at the Moulin Rouge, she clowns, juggles, dances, and performs gymnastic feats (and perhaps does some sex work on the side, not unusual for working class women entertainers).

In 1896, while Oscar Wilde faces his grimmest trials across the English Channel, Toulouse-Lautrec executes his famous “Elles” portfolio. In this series, he depicts the quiet, personal moments of women who live and work in a particular house of prostitution. Here we see Cha-U-Kao.

And Toulouse-Lautrec has left a legacy of lithographs that show Cha-U-Kao, clearly colorful in her yellow “clowness” costume, sometimes in butch postures with hands in unfeminine costume pockets. The final lithographs show her seated and aging, with sloped shoulders, greater girth, a downcast headdress.

We don’t know her death date or its circumstances, but we can remember Cha-U-Kao as the unmistakably saucy, sultry, savvy performer who led her life openly, on the best terms possible.